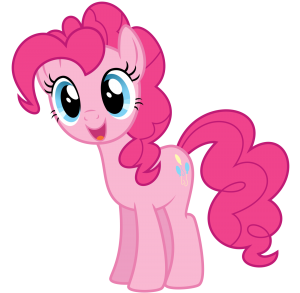 CUTHBERT, Georgia – Lebal Drocer, Inc. spokesman Raleigh T. Sakers, who once said he has grown weary of “Obama’s Left,” plans to tackle the liberal agenda he says is hidden in children’s programming.

“It’s an ideology that is undermining not only the United States, but is dragging down the entire My Little Pony universe as well,” Sakers said. “There’s a belief in Equestria that friendship trumps everything. They are in for a rude awakening.”

The book’s author is known only as Seqina on Twitter, or Seqi, for short. Seqi is a self-described conservative American brony, and a brony is a person who self-identifies as an imaginary horse living among the main characters from the children’s hit TV show My Little Pony.

While there is still no news on what the book is actually about, Seqi said he hopes to enmesh the libertarian philosophy of Ayn Rand with Pinkie Pie’s messages of tolerance. Pinkie Pie – being a sexually charged reference to female genitalia – is one of the main ponies representing personal freedom in the series, and benefits from small de-centralized government.

More information can be found on Seqi’s OKCupid account below. 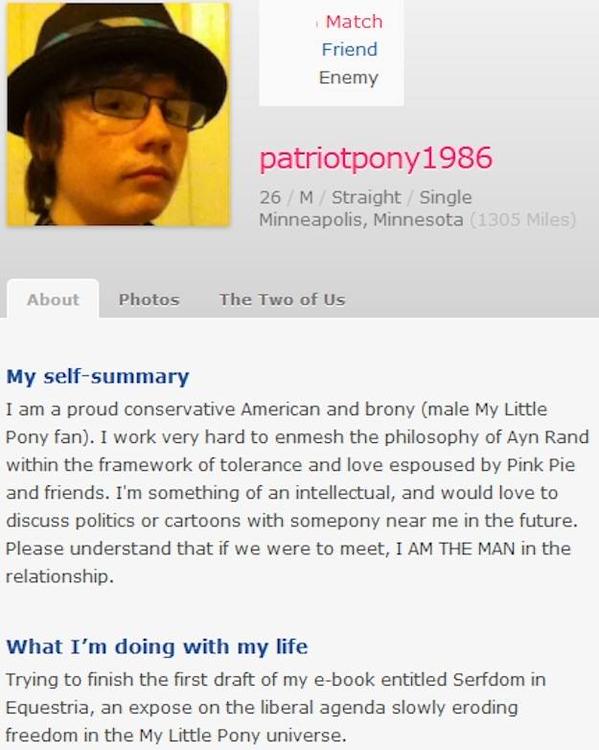 2 replies on “Lebal Drocer announces plan to publish My Little Pony fanfiction. The eBook, Serfdom in Equestria, challenges the liberal agenda behind MLP.”

Remember the time when you and fishfag trolled those furfags in person (pics & all) and wrote about it, goodtimes fucker. And patriotpony needs to die in a fire.

kenny makes a vital mistake here, the ramblings of Zinovyevna Rosenbaum are by no means seen as philosophy, at least not in the real world, witch means the fairy tail kingdom of yurp. they are nazi erotica. the different view on that subject in murica is due to incest and substance abuse. a country that propagates the beliefs in jebus, santa and 9/11 is prone to pay the price, witch is Seqinas wet pony pie dreams. Lebal Drocer, Inc. is, like always, so willing to utilize horse lover smut for there nazi agenda and to make millions of of the feeble minded and impressionable. shame on u people.
p.s.Seqi u soo not the man in any kind of relationship.