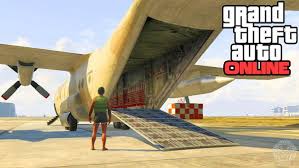 Midnight: total darkness takes over the desert. Call comes through. It’s Ron, sez I’m due down at the docks in two hours for a crate job. Well, well, well, looks like my Saturday night just got a little more lucrative, doesn’t it?

But a sudden smell came over me. Perhaps a phantom, but it sniffed real. I inhaled, deeply. It reminded me not unlike the aroma of my youth, just a kid coming up in Blaine County: the sweet smell of a soiled lawn on a farm after its barn has just been set ablaze.

I looked down IRL. I had shat myself somewhere along my six-hour gaming session.

I changed my pants. I missed the crate job. Fuck my life, I texted a friend in a nearby lobby.

Seen a little white dot up at the gas station near Trevor’s. Figured I’d pop in, see what was happening.

I pulled into the gas station. He was leaning against the wall, Pisswasser in one hand, pack of Redwoods in the other. But he was dressed smartly: blue suit shirt, tucked in; black suit pants; black shoes; intelligent glasses. This motherfucker didn’t shop at Suburban. No, he looked right off the rack at Ponsonby’s.

Got another beer, brother? I said.

Silence. Until finally, he asked for my name. I told him. I asked him for his. He told me:

I didn’t think much of it. I’ve gamed with gents claiming to be Australian media magnates, god’s, hell I even raced an Arabian fellow through the Vespucci Canals that said he was the courier to UBL.

He asked if I wanted to do a job. Shit, had missed the crate drop, hadn’t I? Money wasn’t exactly long, you see. Had just purchased a place up in the Rockford Hills for a pretty penny.

Believe me when I say: motherfucker had a real Titan of a Job lined up.

He hosted. I waited. But he invited no others. Guess you could say he trusted me like I was GG. While the mission loaded he began prying, asking about things that were none of his business. He sez, who knows, may be in the public interest? This was my god damn personal information. Told him I didn’t like his leadings. He said, it’s okay, your dox are safe with me.

Job loaded. I peered off into the distance towards the road. Fucker was riding a neon Dinka Blista Compact, crew logo on the hood: an X over an hourglass, a globe leaking onto another.

Jesus Christ, let me get my mechanic on the line, I said.

Before I could click call he was honking his horn like a god damn fed. Hop in, he sez.

You wouldn’t believe how he drove. Stopped at every light. Used his fucking turn signal. Let little old lady’s pop in front of him from freeway ramps. In short, shithead followed every road rule and regulation.

We ended up stealing the Titan, no thanks to him. Said he wanted to do it clean, no murder, no collateral damage. I told him to go fuck himself, and murked every last motherfucker in that hanger, while he stayed back, vetting every enemy.

During the flight to Sandy Shores he regaled me with what I initially thought were fabricated tales of Hong Kong hotel room service, brutal Soviet-style architecture, some chick in Hawaii he was hung up on, another British bird he said was stitching him up. At one point asshole even burst out in some Slavic shit to someone: Da Misha! Da! DAAA!!!

It wasn’t until after the mission, when he dropped me off at my place, leaving at a slow, drip-drop pace, saying only in his wake, Courage is contagious, that I realized I had just spent the night in the careful arms of an American hero, traitor, father, daughter, etc.: Edward Joseph Snowden.

I know that God blesses America; I seen it in the wake of 9/11. But that night I saw a man sacrifice everything—everything­— for the sake of this great nation. A Titan of a Whistleblower. God bless us all. And thank you, Eddie, for everything.