Asylum in the Vatican! 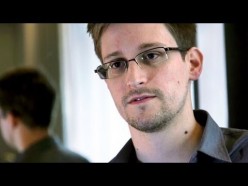 Pope Francis not only offered Asylum to the renegade NSA staffer and media villain, Edward Snowden, but has granted the man Sainthood in a controversial decision that has the highest priests in Rome praying for simple answers.

“What Snowden did for the suffering masses,” said the Pope, “is something we should expect not from worldly saints such as Kateri Tekakwitha or our hero Edward Snowden – but from ourselves. All people should be attuned to be atoned, to our suffering flock. We are all Edward Snowden. We all have the capacity to be saints.”

Hardline Vatican conservatives blasted the Pope for what is being called “reckless saint honor” in the church.

The Pope offers asylum to Snowden as a gesture of peace to South American Catholics who suffered at the hands of American CIA operations to remove democratically elected officials by assassination and replace them with fundamentalist dictators, turning the entire continent into a Third World Plantation.

“The next thing you know,” said opponent Benito Del Mussili, “We’ll grant sainthood to Barack Obama, or a Kardashian. When will this reckless saint honor before the media finally stop?”

Some priests have reportedly blessed their computers and handheld mobile devices.

Although the Guardian today released a newly-edited version of Glenn Greenwald’s interview with Snowden, there is still no official word from Snowden as to whether he will accept either Sainthood, asylum in Vatican City, neither, or both.