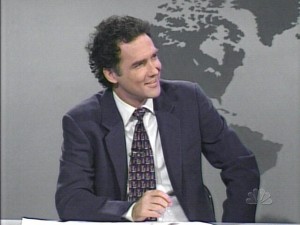 Norm Macdonald appeared recently on Conan O’Brien to tell the Moth joke. Not surprisingly, it made the reddit frontpage.

Norm is probably the funniest guy not on television. He was kicked off Saturday Night Live for not being funny enough (explained in a video below). Then, the show started to suck so they asked him to host it less than two years later.

He’s had a few shows get cancelled because he just doesn’t belong on TV, where everyone wants to make him do their thing. Truth is, Norm is as much a comedian as he is a storyteller. Here are some of his stories, starting with the moth joke which aired on Conan the other night.

Norm tells a story about his dad catching him smoking weed

Norm gets fired from SNL (audio)

And kicked out of NBC studios. He used to do Weekend Update, but they wanted it to suck so they fired him. Here’s Norm hosting the show less than two years later

Norm’s story about playing Scrabble with Harold Delaney from Vancouver

Norm sums up what it’s like to write any kind of satire. This story reveals how Norm pioneered cyberbullying, the torch we carry today

Great something to watch while I take my morning dump. A David Cross article with videos would be nice too.