A fleet of chemtrailing airliners followed Monday’s eclipse, spraying down tens of millions of Americans who congregated to view the eclipse.

Chemist Dr. Angstrom H. Troubador and his team analyzed a photograph of the sun shining through the eclipse as it neared totality, declaring it to be the most dangerous, thickest spraying in any previously documented chemtrailing operation.

Lena Blenport of Clarksville, Tennessee stared and pointed at the sun as her neighbors gathered by their mailboxes. As the shadow of the moon fell on her world at peace, chemtrails threatened no godless scientific agenda. In a display of patriotism and Christian bravery facing down the fake news media and staring into God’s light, Mrs. Blenport viewed the sun’s beautiful rays and even saw the chemtrails that the liberals were trying to hide from her.

The entire neighborhood fell on their knees in prayer and lament at the sight, as Blenport cried to the heavens: “Oh God save us. This Eclipse is supposed to be your beautiful miracle, not our mass extermination. Is nothing sacred? Did Trump betray us, again?”[pullquote]Is nothing Sacred?[/pullquote]

“Don’t ascribe to innocent incompetence what amounts to a conspiracy against the people, to establish a new world order, and enslave the human race,” Troubadour said. “They know what they’re doing and they will not stop chemtrailing until we’re all eating pure GMO Monsanto foodpaste out of a despicable trough from 7eleven.”

Dr. Troubador’s analysis found an unusually high concentration of cellulose fibers which remain a mystery to the scientific community.

“Is it Monsanto’s pollen? Some kind of genetic warfare attacking small scale farmers?” Troubadour asked. “We see copyright-violating gardens bake off in the sun each year, turning to worthless garbage that contaminates the soil below with dangerous toxins, so only Monsanto foods can grow. They don’t want you making your own food!”

But he said economic warfare is only just the beginning. The side effects for human and animal life of all kinds have been likened to “population control” for decades by the chemtrailing community. Officials maintain the program is peaceful, and only used for local climate engineering.

Dr. Troubadour slammed his fist on the desk in front of reporters in anger and disgust.

“Each year, millions of children needlessly die or become autistic because of reckless and dangerous chemtrailing,” he said. “The lucky victims acquiring food-related diseases like Celiac’s and the less lucky just another statistic in the cancer epidemic. It’s no wonder at all that Trump wants to explode healthcare into a neoliberal nightmare. I viewed that eclipse in the totality zone and now I’m fucked. Maybe the population control theorists were right all along, looking at all of Trump’s fake promises. We were lied to.”

If you witnessed Monday’s eclipse, there is a good chance you were dosed with inordinately high concentrations of chemtrail vapor.

Dr. Troubadour says if you were in the path of totality, consult your family physician immediately, and do not tell anyone you are sick.

The following story is perhaps impossible to believe — nobody knows this more than I — but I swear every word of what I relate is true. Were I to tell this story and associate it with my identity, I’d be ridiculed or put in a mental hospital. But I have to tell this story or my silence will drive me insane.

I met her on OkCupid, a free dating website. In retrospect, I think her profile was designed to attract me. I’d been really beefing up and lifting weights. I visited a forum on Reddit every day called The Red Pill, and I learned that women like men who are assholes. It made a lot of sense, back then, and it even worked.

The guys on The Red Pill never agreed on the topic of marriage. Some saw it as slavery, others saw it as settling down. I thought it was natural and acceptable step for the aging man, and a necessary kind of economic and reproductive evil. I figured any power a woman might have over me was totally evil, so I’d been fucking multiple women and ditching them if they even hinted at more. We called it “spinning plates” on The Red Pill.

But I loved her. At The Red Pill, men talked about finding the girl of their dreams, that “unicorn” that can’t really exist. Love was just a cocktail of chemicals pumped out by some gland, and even newbies knew better than to fall for that trick of evolution. But it happened slow enough that I didn’t notice it. Usually I’d pressed women for pictures or a meeting in real life almost as soon as I’d introduced myself, but she’d been far too interesting to forget about. The one picture she did share only showed her mouth, and it had been more than enough to convince me she was a perfect 10.

I know she must have done her research because she knew everything there was to know about me. She had seen all my favorite movies, read all my favorite books, and played all my favorite video games. It was a month before she showed me a picture of her face, and at that moment I realized I’d been in love with her for some time. I couldn’t think about The Red Pill or worry about what they’d think of me, and I stopped visiting the forum. I spent days lying in bed as fantasies of Scarlet — that was her name — played through my head on repeat.

I met her for the first time at the Smithsonian, and we walked through an exhibit on hominids and other human ancestors. She kept giggling, and I suppose it makes sense now, but she would not explain what was so funny. I was terribly upset that she may have found me somehow stupid or silly looking now that she’d met me.

After coffee, we went to her small apartment and laid in her bed. She stared into my eyes, and for a moment I knew I could never think of love as some bogus chemical cocktail that just gives women power. But as soon as I’d felt that, her eyes seemed to grow and grow until nothing was left of my world but the blackness of her pupils. It was as if the warmth of that love I’d felt so strongly had just inverted into an empty coldness. In the next moment I was looking through her tears, crying in involuntary pain as he raped me. He giggled, like he had in the Smithsonian, and strangled my neck as I struggled to escape. The words he growled I can hardly remember, but he told me he was immortal, that he liked owning my body, and that he hoped I enjoyed being a woman. He said these things because it got him off, and just before he choked me into unconsciousness I expected to wake up, sweaty from the nightmare. I woke up just a few minutes later, bruises on my neck, blood and spunk between my legs. The body thief was gone, off somewhere living my life.

I think Scarlet’s life is in many ways more fulfilling and happy than my previous life but for one thing: I look for the body thief’s face in every crowd, so I stay at home more than I should. I am sure I have seen him behind many eyes. 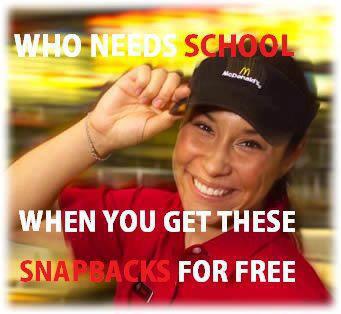 Remember them niggas tryna put me down at the Macy’s department store? Shit niggas think a nigga be smokin cuz a nigga be jokin bout sum rolexes, when some white ass rosy colored nigga from texas come pokin his fuckin nose in my breakfast of pills, zanies and bars, fuckin racists when they used to perplex us.

When I used to buy drugs from the Kroger, used to buy drugs from the happy white gentlemen and their videogames, and their blacklights and bong hits of weed with some name like white widow and kush, good god, those weren’t the days. Smoking pot in a driveway, in a car, in the dark, hotboxing to Notorious, Bone Thugz, drinking a high life, living like a low life, dreaming about the day one might finally start, as it came to an end.

I approached an apartment complex on the outskirts of Richmond, by the Sheetz, where a gang of thugs waited to sell myself and my black friends an ounce or two of weed. “The white boy can’t come in,” a gold plated mouth said to my friends as we entered the room, where guns were displayed on a table. The air reeked of medical-smelling opium. I was grateful for that. Peace, I thought.

Waiting in the car, I never could have imagined someone had made his nest in the backseat as I was being thrown out of a drug den. I never felt the tiny itch of his razor blade as it traced my throat, while an unseen hand rifled instinctively through my pockets.