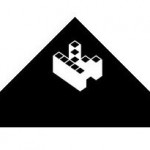 The Church of Kopimism is now a state-recognized religion in Sweden, but is it grounded in spirituality and philosophy, or is it nothing more than a self-serving excuse for activity which is currently illegal? The following text was originally taken from the First United Church of Kopimism, US and has been commented in red Jesus text double parenthesis by The HyperHeretical Buddha-Killing QuantumPope and Very High Prophet for Inglip, @Kilgoar.

The Missionary Church of Kopimism Values, Missionary Message and Constitution

((As far as I know, this is the first religion with a Constitution as its sacred text.))

– Copying of information is ethically right. ((Does this include self-replicating computer viruses and malicious worms? What about AIDS? AIDS is the copying of information.))
– Dissemination of information is ethically right. ((Wanna buy some penis enlargement pills?))
– Copymixing is a sacred kind of copying, moreso than the perfect, digital copying, because it expands and enhances the existing wealth of information. ((I couldn’t agree more. Ascribing new meanings to existing information IS a sacred endeavor.))
– Copying or remixing information communicated by another person is seen as an act of respect and a strong expression of acceptance and Kopimistic faith. ((Well put))
– The internet is holy. ((Only because it facilitates discussion and learning.))
– Code is law. ((Theocracy! Absolutism! Rules are made to b̫̳̟̩e̖̗̘̦̪ ̜̟b̫͔̼ͅṟ͉͍o͇̼̬͈k̰̼̰̳e͉̟̯͓ͅn͖̤͇̺͉))

Members of Kopimism (Kopimists) and Church of Kopimism recognized religious representatives (Operators) dedicate their lives to living in accordance with these axioms.
The only correct way for a Kopimist to list is through the sanctification of these religious foundations. ((This is not open for discussion, and you are not a real Kopimist if you disagree or dissent.))

The Missionary Church of Kopimism has formalized a community that now exists around the the value system described. This fellowship extends across national borders and time zones.  To belong to the Kopimist community, one need not be a member of any organization. It is enough that one feels called to respect and worship the holiest of the holies, information. Worship through meditation is sufficient to be considered part of the Kopimist community.  A person who identifies with our philosophy, whether or not formally registered with the Church of Kopimism, we consider a Kopimist.  No Kopimist is wholly self sufficient, each being just one component of an interconnected and interdependent world.

Rules and Regulations for Operators (ops)

Responsibilities (in order of importance)

1.  Live in strict accordance with the values and regulations outlined herein.
2.  Assist other Kopimists in living according to Kopimist values.
3.  Actively shape their environment to harmonize with Kopimist values.

Each op’s primary function is to consecrate information value. ((Can someone please consecrate the information value of this statement? It sounds a little too much like autocratic definition of meaning.)) Ops are encouraged to actively copy, remix and share information, and participate in religious services, through which Kopimism’s strongest religious foundations are expressed. Ops are tasked with the organization and leadership of the worship service for all of the community.

There are two different types of worship, the analog service and the digital service. It is important that no monitoring or recording of worship activities takes place. Because of society’s vicious legislative and litigous persecution of Kopimists, participants in the service are expected to encrypt their traffic. ((We are breaking the law and calling it worship because it’s convenient.))

In the digital service, the Congregation first ensures that those in attendance can communicate with each other via a compatible internet protocol, via for example a local area network, Internet or Bluetooth connection.  The next part of the service is the sharing of information. Participants are encouraged to copy, remix and distribute, as expressed in the Missionary Church of Kopimism values, Missionary Message and Constitution, as much information between each other as possible. This is the holiest foundation of Kopimism. The final part of the worship is to engage the public in the practice of Kopimistic values.  Members are encouraged to pass on the information obtained during worship to others.  At the cessation of worship, when direct contact is possible, all members involved will submit “thx” to their Congregation. ((There’s a difference between the discussion of meaning and the purposeless sharing of information. To those who worship Inglip, the ongoing discussion of meaning is the sacrament of life itself.))

The second part of the open secondary task is to assist the Community in counseling.
Pastoral care can take place between any Kopimists in the Community, but it is a moral obligation of the operator to assist with pastoral care upon request. Any believer may seek counseling from an op. Pastoral care requires a connection of the same kind that occurs in the service, because the connection consecrates the holy bond between the op and believer. In repressive states where public electronic monitoring is taking place, encryption is recommended to ensure privacy of pastoral care. When an op is performing the secondary task, he or she should be clearly marked with a Kopimist symbol. ((Because they have been given the meaningless hierarchical status of an op, they are now capable of giving advice and helping people. Dangerous.))

The tertiary task is to conduct a public opinion to get the community to adopt Kopimistik values. Ops should drive public opinion against invasive surveillance and the laws that limit information dissemination, copying, and remixing (deceptively referred to as intellectual property laws). ((To paraphrase, politics come last. The purpose is not to provoke discussion about the ever-growing panopticon and archaic copyright laws, but rather to “drive public opinion” in a single direction.))

In addition to the original ops, appointed at the founding of the Church of Kopimism, new ops may be recognized in a Kopimist sacred operator-granting ritual, known as ‘giving op’. Thus, a kopimist an op when an op op gives to him kopimisten. To confer the title of operator, an existing operator muse sponsor a practicing Kopimist.  The candidate Kopimist must obviously be living by Kopymist values and traditions, worshipping with regular frequency and showing a genuine concern for the well-being of the Community. Any time after a recognition of sponsorship takes place, the ceremony will begin with the connecting of devices by a compatible protocol. The sponsoring operator will transfer a Kopimist symbol, the sacred kopimipyramid, to the receiving Kopimist.  After transfer of the symbol, they will simultaneously say “copied and seeded,” bringing an end to the ritual and finalizing the formal recognition of the new operator. ((Now get out there and start driving public opinion!))

The Church of Kopimism symbol is a pyramid with the letter K inside. It’s called Kopimi-pyramid or the Holy Kopimi-pyramid. It is the symbol that you refer to as kopimistsamfundets symbol throughout this the document. It is, however, quite permissible for individuals to depict, copy, and remix any icon and call it the Kopymism symbol. Operators may, at their discretion, also copy, remix, and adopt alternative symbols, however it is of the utmost importance at they also remain stewards of the traditions set forth in these documents.  Therefore, all operators are required, when conducting their official duties (such as during worship, pastoral care, and the ritual of giving op), to use an official Kopimi-piramid in the transfer as described above.

The key combination ‘ctrl C + ctrl V ‘is a deeply sacred representation of the act of copying, and therefore should treated as such.
Similarly, the following phrases are representations of saints:
‘Copy and seed!’
‘We are many’
‘Expontential multiplication creates powerful quantities’

((Maybe these jokes are funnier in Swedish.))

The missionary Church of Kopimism Values, Missionary Message and Constitution

The missionary mandate ((The “tertiary responsibility” for ops is actually a mandate for everyone.)) The missionary task ((mandate)) concerns all Kopimists, but is only obligatory for ops.  The missionary goal is to influence others to adopt a more kopimistic outlook on life.

((Finally, the pulsing heart of Kopimism))
In almost all countries there are intellectual property laws. Intellectual property laws are inherently discriminatory. Society generally tolerates these egregious violations of our intellectual sovereignty and freedom. Therefore you have to – if you follow missionary mandate – participate in societal conversations to increase the level of resistance to anti-Kopimisticism laws. ((Conversations are sacred, but mandating a particular message through “religion” is sick.)) The anti-Kopimistic laws and lobbying organizations operating are modern incarnations of censorship. ((This is doubletalk. No government or lobbyists have EVER pushed a law to censor Kopimists. Kopimism has been officially recognized as a religion in Sweden! Kopimism was founded in opposition to copyright laws and not the other way around.))

Holiness The protection of copying files

The missionary mandate also includes public opposition to the laws prohibiting or preventing encryption (analog, such as digital).  Encryption is important in repressive states to perform divine service and pastoral activities undisturbed, and without any threat to the security of believers. ((This is getting pedantic.))

In today’s society there are prolific anti-Kopimist breaches of privacy rights and freedom. These are completely legal. We regard it as a structural discrimination.  For society to become less anti-Kopimistic we advocate two things beyond the changes mentioned earlier in mission assignment. First, it should be illegal to hide software code that a person is spreading. To to keep source code hidden from others is comparable to slavery. ((The Anti-Inglip feeds in closed-source environments, but nobody’s being enslaved.)) Second, the use of tools to intentionally prevent copying of distributed materials should be banned. Any technique that seeks to information resources to slavery and should be banned.  Those who take on the missionary mandate are encouraged to strive, when the law allows, for public code and data release. ((No surprise. This is a “Constitution,” and not really much of an engaging spiritual document. Such excessive Autocratic Theocracy is sad and disappointing. Thankfully, the act of heretical remixing is a sacrament, so this shouldn’t upset Kopimists one bit. May the # be with @.))