Skip to the content
INTERNET — Chairman of the National Rifle Association, Clint Eastwood, the Hollywood actor famous for depicting the world’s most well-known heroic gunslingers, was correct when he said that Americans need to take a step back in the wake of the latest school shooting to let families who have been victim of this tragedy grieve in their own silent and apolitical fashion. Citizens’ voices should not be afforded full first amendment rights to political speech in this emotional moment, as the second amendment is the foundation of all other rights.
That said, it’s incredibly important to dispassionately speak out on the politics of the unique American situation in the immediate aftermath of the school shooting, as the fundamental constitutional right to bear arms hangs in the balance. Without guns, there can be no freedom. In countries that have totally suppressed mass shootings by limiting gun rights, citizens live in constant fear of their 1984-like totalitarian governments. Here in the United States, we already have the highest per capita prison population in the world, so imagine how much worse government oppression would become if citizens could not defend themselves with guns.
Simple minded and emotional solutions presented in the aftermath of each shooting will never work. The hiring of mercenaries or further training of fast-response elite police forces just puts more Blue Lives in danger. The banning of guns only leads to more creative legal massacres and lowers the chances of a heroic gunslinger, like out of a Clint Eastwood movie, from legally saving the day. Even without full body bulletproof armor and automatic weaponry, an enraged and suicidal teen could, with little effort, learn to operate a bulldozer and kill many more children just by demolishing a few classrooms. To finally resolve the chronic problem of school shooting, America has to confront its own killer instinct, and harness it to the fullest extent.
The vast majority of school shootings are perpetrated by male children from ages 10-18, who are in each account effective soldiers able to outgun entire teams of armed adults. With tensions on the rise in Ukraine, and 15 million highly trained and equipped child soldiers in America, the reasonable thing to do is channel their killer instinct for the good of our nation, and the world. Such a powerful fighting force, unleashed upon the hapless Russian military, would surely lead to a resounding success for Ukraine and even a counter-offensive defeating Putin once and for all.
The creation of a “Child Legion” for diverting schoolyard violence into productive channels also has several benefits that are worthy in their own right. One can only imagine the tremendous savings for the public in education expenditure after 15 million bloodthirsty American boys are conscripted into the Child Legion. 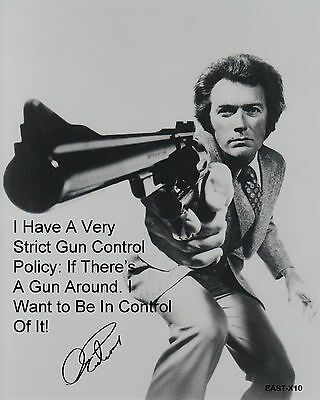 Parents need not worry about sending their children to Ukraine, as casualties will be very minimal. Even without proper weapons of war, the Child Legion will be able to utilize their creative black market dealings to purchase illegal weapons, make creative use of vehicles, or employ their devastating ability with bladed weapons, each American boy worth ten Russian soldiers. In all probability, it is more likely that parents will rejoice to send their boys off to Ukraine, taking a major strain off of the family’s budgets and relieving them of the worry of senseless school shootings. No more will parents fear that their sons will bring shame to them in a violent outburst, and instead they can look forward to receiving worshipful media attention in the case that their sons do pop off in Ukraine.
There are so many benefits to the creation of a massive Child Legion that even if it did not finally end all the school shootings, it would still be worthwhile. Americans will take this step only once they’ve listened to Clint Eastwood and gotten over their emotional attachments to their children. The creation of such a Child Legion will make sure that the violent instincts of American children will forever lead our great nation towards victory, rather than tragedy.

5 replies on “Opinion: Ending school shootings is easy and does not require gun control”

Whatever’s happenstance to that SoundCloud of you reading my novella

‘Mystery Rocket’ That Crashed into the Moon Baffles NASA scientists
So far, no space exploring nations have claimed responsibility for the rocket
https://www.chron.com/news/houston-texas/article/mystery-rocket-NASA-moon-crash-country-origin-17273903.php