WASHINGTON, D.C. — A prescient Donald Trump scanned his audience at a rally in Tampa on Tuesday. He was greeted by his own underground army: QAnon. He beamed out into the crowd. They saw each other.

Even CNN admits the Russia investigation is a sham. It’s actually a cover story for special counsel Robert “Bobby” Mueller and Donald Trump working together to expose thousands of pedophiles hidden in plain sight. Hillary, Bill — even Barry Hussein — soon will ALL be under arrest!

Cryptic messages from proven hacker and Trump-insider QAnon suggest the reason Barack Obama is laying low since leaving office is out of fear for his reputation, as the QAnon leaks close in around him, strangling the extravagant lifestyle afforded to him by insurance companies, as repayment for that time he forced Americans to buy shitty insurance.

The GOP may have lost the Alabama special election for Jeff Sessions’ Senate seat on purpose: Where do you think President Trump picked up his flair for 4-D chess?

The plan was cooked up years ago out of Sessions’ desire to reveal the use of fraudulent voting machines, improving the integrity of future American elections. His plan expanded to include the removal of conspiracy power players such as George Soros, the Bilderberg Group, and the entire Illuminati.

Experts call the plan ambitious, but leaders in the field believe Sessions, together with the President, can pull it off (with a little help from a friend). Chief Political Strategist for the George McGovern campaign, Dr. Armstrong, F. Troubadaexeur, said the White House is calm and collected as they move their pieces into checkmate against enemies like Mexico, who would deflower, debase and subjugate our sweet land of liberty.

“I know the President said Jeff Sessions should stop Bob Mueller, and all that,” Troubadaexeur said. “I know he talks a lot about TV ratings. But probably what I know, more than all that, is everything – and I mean, everything – is going just as Father Trump intended it.” 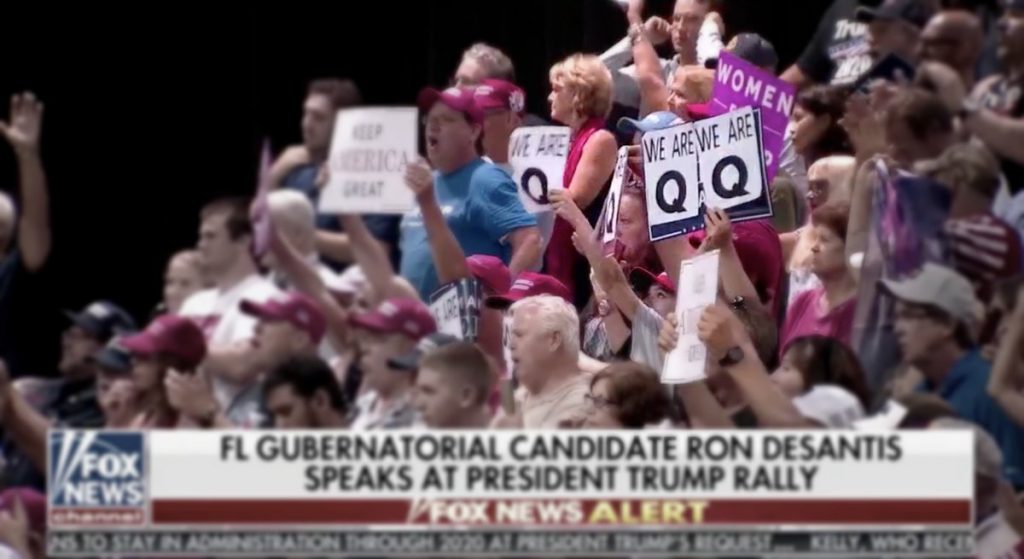 QAnon is the force looking out for America. A cabal of global elites, including top figures in Hollywood and TV, the Democratic Party, and various intelligence agencies, are responsible for ALL the evil in the world. And now Trump is going to fix it all with thousands of sealed indictments. Hillary and Obama will WISH they closed Guantanamo Bay after the President is finished with them. And QAnon makes all this possible.

The QAnon report’s anticlimax did little to slow down QAnon Fever, which has gripped audiences and taken the nation by storm. That is why it’s called The Storm. That’s because Trump possesses another OIG report that would bring down his enemies (who are, by extension, our enemies) once and for all. The second report proves the FBI, Justice Department and top Democrats broke laws in a miserly effort to prevent Trump from taking power. Now, QAnon says, Trump need only release it.

QAnon called on the President and Sessions to end the Witch Hunt, and dismantle Mueller’s apparatus of injustice.

“The president is not obstructing,” White House Press Secretary Sanders said. “He is fighting back.”

As conditions worsen, release of the second QAnon report becomes more imminent. Time is running out.

This claim would have been difficult to prove, even if the Warren Commission hadn't been Fake News…#WeThePeople @POTUS #MAGA #WWG1WGA #WalkAway #QAnon #GreatAwakening #TheStormIsHere #DrainTheSwamp #DemocratMSMediaParty #EndTheFed #NWO #FollowTheWhiteRabbit pic.twitter.com/nIym9XlfOm

QAnon could soon set his sights on Deputy Attorney General Rod Rosenstein, who has defended Mueller against accusations in Congress.

What about Seth Rich though?

? Julian Assange’s best troll yet, next to pizzagate.