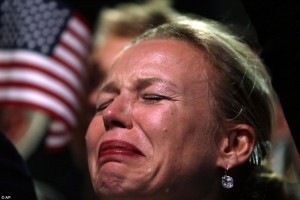 You know the routine: Wake up, put on your pants (one leg at a time), brush your teeth and then start the day. But what if you woke up and had no genitals? Such is the story of Lawrence Joyce, woke up on the morning of June 25 without a soul.

Most people wake up with their souls, carry their souls around with them throughout the day (comfortably, in their back pockets), and return home and go to sleep with a soul. So did Lawrence, until this fateful morning. Doctors are stumped as to what could have nerfed the Joyce family continuum, but legal experts are already preparing his defense against Lebal Drocer, Inc., the unsavory corporate entity who spearheaded the TPP Fast Track and is already under fire for the destruction of other “souls.”

His attorneys say Joyce wasn’t happy to wake up without a cock, but were not at liberty to go into details, because they are lawyers.

Lebal Drocer had this to say:

“We didn’t rot your dicks off, you heathens were just playing with it too much!”

Dissident Dr. Angstrom H. Troubadour said the probability Lebal Drocer’s new fear miracle drug TerrorMax, which boasts on the box a “new, proprietary formula” is contributing to Lawrence’s loss of cock is “quite high. Stoned, even.”

“Poor old Lawrence is probably just going to have to play with his butthole now, and that’s all the little feller’s got,” Troubadour said, empathetically. “Think about it, you got no soul anymore, and all you’ve got left is to diddle your own asshole. You wouldn’t even want to look at it, because the choice was never yours to start with.”

Troubadour’s veiled sexual phobias came to light really not very long after this latest statement to the press, and are already casting doubts on his ability to self-manage a crippling peer-review scandal that threatens to end his career commentating for The Internet Chronicle.

WE WILL GET THE DOCTOR AND HIS LITTLE DOG TOO.
#opDeathEaters

“What happened? For one thing, the Internet masses had found a new vice, outrage, to replace our voyeurism.”
I still prefer cat vidoes and watching people doing stupid, violent shit to themselves and others on jewtubes. Call me old fashion digital.