Washington, D.C.– Good, patriotic Americans applauded yet more consummate abuses of power Thursday as US President Barack Hussein Obama demanded provisions to the National Defense Authorization Act to “make no exceptions” for the indefinite detainment of “US citizens and legal residents.”

The security-enhancing provision to kidnap and indefinitely detain unsightly US citizens was later put on his desk after Obama rejected the annual funding bill because military powers were not extended to encapsulate the livelihoods of every American citizen.

“I think it’s just the greatest thing ever,” said Sally Melbank, 44, of Roanoke County. “It’s exactly what this country needs and will hopefully get rid of what it don’t.” 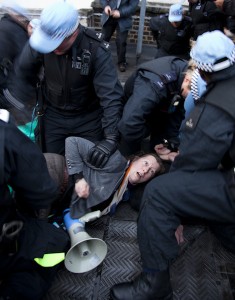 American citizens deemed to have misused their sweet, precious freedoms can – and will – be tortured not only on American soil, but moved to secret prisons around the world – for their entire lives – if necessary.

“You could be engaged in terrorism,” said chronicle.su political analyst Tony Minginle, who worked with bill co-sponsors to ensure language used in the legislation was as draconian as possible,

“Or you could just be a donator of funds to a deemed terrorist group, such as Wikileaks. Or you might be doing nothing at all. For example, maybe you just write satire for a subversive internet publication because you like saying crazy shit. Perhaps most importantly, we’ll never know because you do not get a costly and time-consuming trial where time and tax dollars are wasted determining your supposed innocence.”

The legislation represents brave defiance of human rights to personal freedom and due process. By this point in American history, open assassination of US citizens, abuse of power, and squelching of free speech have become commonplace and codified. 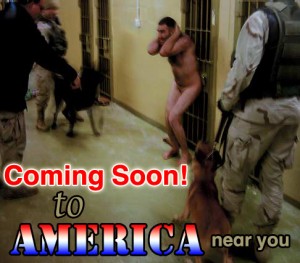 Provisions to the NDAA merely serve to clarify the US Government’s basic contempt for rampant freedom on a level “even FOX News viewers can understand.”

If you are deemed to be a “supporter of Al Qaeda, Taliban, or associated forces, you can be detained by the military and held indefinitely.”

And that is why we have decided to announce our official support for Al Qaeda, the Taliban and associated forces. 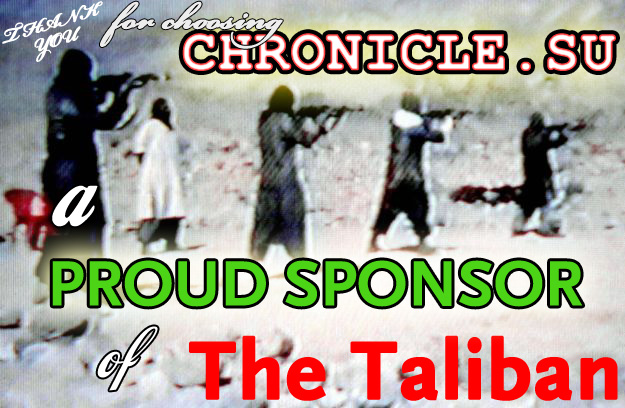 It’s the American thing to do.

Old Brutus, “Debbie Downer” and ex-leader of CHRONICLE.SU, was approached by journalists for comment on this delicate matter. After some argument over his affiliation with the underground hatesite, he objected to our presence but also had this to say:

We’ve lost all our rights and the regime is, by now, totally fascist.

If we make it to the year 2014, that’ll be the year all hell breaks loose in America. We’re stranded in the middle of an ocean of dung, walking on an oil slick and somebody just struck a match to the god damn thing.

The police are never punished, but rewarded, for bad behavior. The government is dedicated to maximizing profits. The people are cows.

I’ve never felt more certain about anything than the doom hanging over us.

We’re fucked. But please take this as a token of my condolences.

What a kook, AMIRITE!?

Cheer on the erosion of your own rights as you fulfill the prophecy contained within this mujahideen chant.

Jesus fuck you unAmericans are the most undemocratic democracy…brb stockpiling weapons.

[…] fact, a year later, we are less free. Every privilege we assumed was a right, and every ounce of security we felt buckled under the […]

[…] fact, a year later, we are less free. Every privilege we assumed was a right, and every ounce of security we felt buckled under the […]

[…] Romney said he has the best chance among Republicans in what he acknowledged would be a difficult battle to topple Dictator Barack Hussein Obama, who not only has the advantages of incumbency but has a well-funded gestapo capable of detaining opposition leaders indefinitely without trial or due proces…. […]

[…] killing of Anwar Al-Awlaki, an American citizen in Yemen, and Obama’s decision to indefinitely detain American citizens thought to be in support of terrorist organizations such as the Taliban, chronicle.su, and Al […]

[…] attracted the ire of Bilderberg attendees and the Council of Rome. In mid-2011, for example, he reported on the signing of the cloak-and-dagger National Defense Authorization Act, which permits the […]

[…] United States of America says you’ll be detained for showing support for Al Qaeda. Because they hate […]