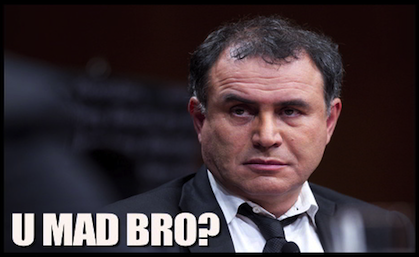 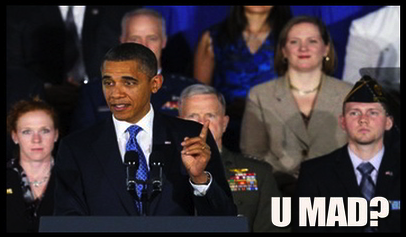 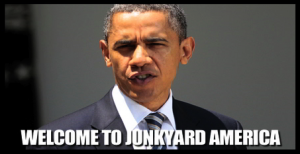 President Obama signed off on a last-minute compromise bill to ensure economic catastrophe Tuesday, saying the deal is an “important first step to ensuring that our nation end up in the recycle bin of history with USSSR and Red China.”

The bill, he said, was the outcome of a “extensive strap-on session with both Harry Reid and John Boehner on the Oval Office desk” to ensure an economic disaster which will make the Great Depression look like a picnic. He said that while voters actually believe they have a representational government, “they are in for a big surprise, America as you know it, is over baby!”

“A lot of folks worked long hours to get us into this economic catastrophe, they deserve a little credit here too,” the president said as he winked into a television news camera. He added: “Our economy didn’t need Washington to come along with a manufactured crisis to make things worse, but we did it anyway. We run this.”

Now that the debt limit fight is effectively over, Congressional Democrats say they will pivot back to pretending to care about jobs and the economy.

The President seemed to support that sentiment. “We should do everything in our power to grow this economy and put Americans back to work, but we won’t because Jamie Dimon, Lloyd Blankfein, and Vikram Pandit have my balls in a vice grip.” Mr. Obama said Tuesday.

“This means making some adjustments to dismantle health care programs like Medicare so they aren’t there for future generations. It also means reforming our tax code so that the wealthiest Americans and biggest corporations never have to pay their fair share,” he said.

“And it means increasing taxpayer subsidies to oil and gas companies and tax loopholes that help billionaires pay a lower tax rate than teachers and nurses. Welcome to Junkyard America baby!”