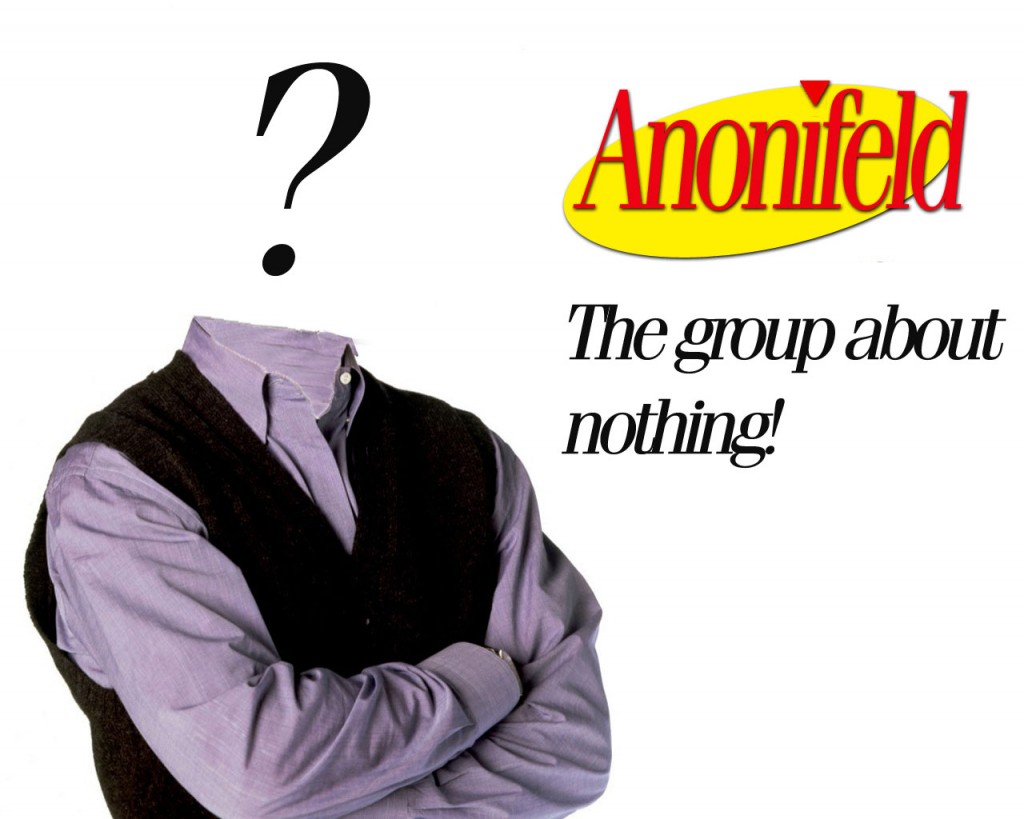 11 replies on “Anonifeld – The Decree About Nothing!”

LOLtard. CNN and all those shitty news sites don’t portray Anonymous as knights. They do what your doing. AND you have everything wrong. These people are fighting for your rights and you slap them in the face. You know nothing of the world your in. You’ve done no real research anyone can put names together and mock them. This all makes sense since your for censorship and the removal of information from the internet. Do you really want a world were everyone is spoonfed shit from the government? I know I don’t.

You have the monopoly on useful inmeifatron-aron’t monopolies illegal? ;)

OH yea, and Barret Brown was never the leader there is no leader. He just wanted to make a name for himself and so posed as being a leader.

An iniegltlent point of view, well expressed! Thanks!

great stuff guys, thx. c*cksucker sellers are upset that we held out for our price, so they are taking the washer and dryer.oh well. now that we’ve “bought it” i can say that I’m pumped about 2-things – the California closet, which is massive and cool-looking – and the office. it’s set off the master bedroom. there are no doors on it, but i’ll put a pair of french double doors and it’ll look even better.

Peter, I think I see a Blog Crush of the Day in the near future for you, along with a 20% discount on this unwritten book, and a two-for-one coupon to The Olive Garden (with the purchase of two beverages plus tax).

the author doesn’t understand the corupption Anonymous is porecting us from. EXCEPT US!