“Barry” his mother called from the kitchen, “Your flight for the safari is in two hours, are you packed and ready to go?”

He grunted and beat his dick harder, jizzing on the photo of his sweet Ayn, reflexively uploading the product to 4chan.

“Yeah mom, I’m ready! I can’t wait to shoot me some African white Rhino! The only thing I HATE more than rhinos are FBI FAGGOTS!”

“You think hunting rare and endangered species across the African savannah was easy?” Brown puffed out his chest. “Check your privileges, faggot. We got a world to save, and we’re starting in Tunisia. We’ll call it Arab Spring. Get the Jester on the line. He’ll definitely want in on this AfroMuslim hate party.”

The Jester appeared in the Project PM chat room and said, “There’s an equal amount of good an evil and sometimes you gotta judge. I think there’s good here … sometimes. What can I do Barry?”

Barry laid it out plain and simple, “Get a video of a man burning himself and put the hate on Mo’mar Gaddafi. We’re gonna do a little regime change, ya dig?”

“Sure. It’s a rock and roll fantasy. Stay frosty.” The Jester logged out, and government computers across Tunisia started going offline. The video of a street vendor burning himself went viral seconds after Jester engaged the US government’s top secret Perosna Management software and fed its control panel into Barry Brown’s personal netbook. The revolution was on.

He slammed a spike that would kill any normal hardcore addict and settled into the Persona Manager Interface like he’d done so many times before. He choked on some vomit brought forth not from the purified government heroin rush, but from the similarly purified power of the most sophisticated propaganda apparatus ever created. Everything was so post-cyberpunk, he thought, especially the Waylon Jennings crooning, “I don’t think Hank done ’em that way.”

“You heard me. Hack his shit, fuck up their site. I don’t give a fuck about those fucking faggots.” Barry inhaled the e-cig until his head felt like a helium balloon. “God dammit!” He was typing furiously into the highest echelon Anonymous backchannel, where the most experienced hackers and leaders in the world congregated to fight for freedom. Ryan Cleary told him it wasn’t going to be easy. Jester had long ago disappeared, taking with him all access to Persona Management. Barry was left with only words, now, and they weren’t working.

Jeremy Hammond shook his head at his laptop and scowled. He loved Chronicle.su but he didn’t say anything in the open. No one in Anonymous could admit that. He pm’d the other members of Anonymous, getting the word out that no one in Anonymous who hacked anything for Barry Brown was going to be tolerated. There was a rat infestation and he was thinking Sabu and Barry were in on it together, which meant very bad things, but he couldn’t just go run his mouth until he knew more.

The hackers weren’t listening to Barry anymore, and Chronicle.su was fucking with him. This would be the last time. He would pull the atomic option, maybe kill a couple cops. His face twisted into a grim half-smile at that thought. Like an Egyptian pharaoh with two FBI side arms at my side.” He tweeted this and grinned from ear to ear, showing teeth to nobody. “Take that, Robert Smith! Take that Chronicle.su.” He began crushing his Suboxone and preparing it in a solution of alcohol for injection. As soon as the weak rush hit, he stood bolt upright, scowling and waving his arms, dreaming of the old days of the military grade heroin, and not this welfare state bullshit.

Barry dm’d Sabu without encryption of any kind, “I’m crossing the Rubicon.” Stepping out onto his porch, Barry thought of Hitler and grew a little hard. He pointed the camera at himself and pressed record. All was going just as he always planned.

“I am going to ruin [Special Agent Robert Smith]’s life and look into his kids.”

A Gozno Journalist’s day in court

“I couldn’t hold my drugs, your honor,” Barrett Brown winked to the judge, signaling white privilege as he apologized for his crimes in a steep Texas drawl. “I demand the rule of law.”

The judge fired back with a slam of his gavel, “There are two reasons why I’m going to sentence you as if you were a black person, Barry. First of all, you stepped over the line from Objectivism to Anarchy, and second, you’re runnin’ with the hackers. Ya got too many fans on the internet. It’s Diesel Therapy for you.” The judge scowled at the pile of bad fan letters piled up by the defense, each a clumsy minimizing Barry’s child-threatening crimes. “And there’ll be no more talk of these…these…personas! I declare a gag order!” The jury chanted, “Gag order! Gag Order!” rising from their seats and clenching fists.

A crack of the gavel silenced the court. Barry spluttered, “But… but, I got into writing because of Ayn Rand. Her Objectivism changed my life. I’m not an Anarchist anymore, I swear. I’ll go back to Objectivism!” Two Texas Rangers with diamond-pleated high kicking jeans tall-stepped into the court, duct taping Barry’s mouth with the ease that only came with long practice.

The judge shook his head, smiling like a father with a folded belt, “Don’t struggle now or we’ll put you in the hole. It’s too late Barry, you shoulda changed your ideology before I used the gavel, and we’re scared of the hackers. You been a bad spider and I gotta do what I gotta do. Weave your wicked little webs on the highways of Texas, if you can.”

“MEDIOCRE!” Immortan Joe bellowed at Barry. The last true Gozno Journalist was naked in the diesel cage with tubes of blood funneling into a troubled warboy. The mobile prison, thirty cages of bloodbags rolling on the back of a flatbed 18 wheeler, creaked across the desert. Somewhere in the distance Barry thought he heard CryptoHarleys. Wishful thinking?

A large portion of the skull of Barry’s warboy suddenly fell off and the warboy white brain slid out just as he was grinnin his way. A second later Barry heard the rifles’ crack.

“Crikey,” Barry said in a distinct Australian accent. “We got us a cryptoparty!”

But Immortan Joe was standing over him, wielding a giant double-sided axe. “You gonna die now, Barry.” And Barry passed out pissed himself, but the axe didn’t fall.

Asher Wolf and Biella Coleman rode in swinging their long rifles at Immortan Joe and yellin’, “Code is speech! Information is Free! We are Anonymous!”

Barry woke up to the warm splash of Biella and Asher pissing all over his naked body. He screamed for help but Biella’s piss hit him in the mouth and he choked and gagged for minutes. When he came to they were aimin pistols in his face. “Now you really gonna die, Barry.”

Now martyred, hordes of people who never use crypto retweet any headline mentioning Barrett Brown’s name. Some even maintain a “#FreeBarrett” banner across their Twitter avatar, a tried-and-true form of activism known to have freed scores of political prisoners. Brown is due for release in 5 years, should the banners remain active.

With limited access to Internet, Barrett Brown still gets the news, albeit a little slowly.

“I think what Weev is working toward is really good,” Brown said from his mobile prison cell, an advanced diesel therapy treatment facility. “I saw him on my delayed TV report and I have to say I am proud of him. He’s doing important work and I hope his financial backers fulfill the hedge fund he’s setting up for himself, so he can take care of us all.”

Brown, a pretty good old boy himself, has written hilarious storie for The Onion we have never seen, and boring tirades everyone has seen for Vanity Fair and Vice.

Brown, a passionate blogger at The Internet Chronicle, left the following statement to supporters in his mother’s dishwasher:

Hello, I’m Texas reporter Barrett Brown, and I prefer TerrorMax to AnataBloc any day. It helps me think and raises my awareness. We should look into [TerrorMax].

Brown said Weev’s tireless efforts, as well as the consistent and quality work put out by Rachel Haywire, are critical to his personal success and the success and profitability of his entire organization, entitled Project PM.

“Your basic summernazis are part of the socialist threat of the Obama administration and his bottomless thirst for white souls,” Barry passionately dictated from his mobile prison cell. “I have faith in Weev’s ability to contain this threat and use his new money to show people we’re not just a bunch of nazis looking for a keyhole to inject hate into the information security narrative. Like I said, I get my news about 9 months later than everyone else but I really think this is going to pan out. I think Rand Paul has a chance.” 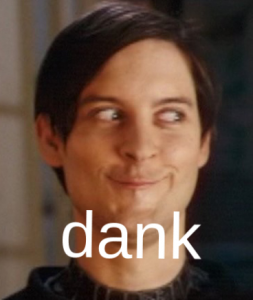 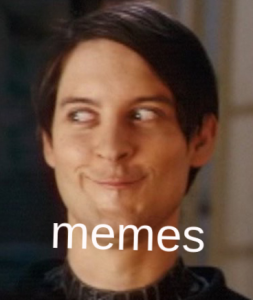