You know all those exaggerated bullshit stories you read on Reddit, which trick you into believing it really happened to someone? 99% of the time, people embellish their stories dramatically and this is the only reason they get upvotes. Yet somehow, you want to believe it because it’s disguised as a sillyass cartoon that gives you chills of cult like love for your precious, sweet, loving redditors. Oh, you know about the trolls, though. They’re always downvoted and exposed because of Reddit’s precious direct democracy.

Well prepare to have your mind completely shattered, REDDIT.

I use hundreds of sockpuppet accounts to constantly push MISERABLE rage comics into Reddit – HELL, I INVENTED THE LIVEJOURNAL RAGE COMIC.

I did this by making sure the comics would play to all the fucktards who go “aww” and upvote something that isn’t funny.

WELL BY GOD, I’ve got something you’re going to HATE. This is designed for all the little trolls out there, who are now going to RUSH to f7u12 spamposting and spamvoting up horrific comics which will possibly ruin the seriousness which has taken over this CANCEROUS and HIDEOUS scar upon the internet and possibly the worst abscess in COMIC HISTORY. 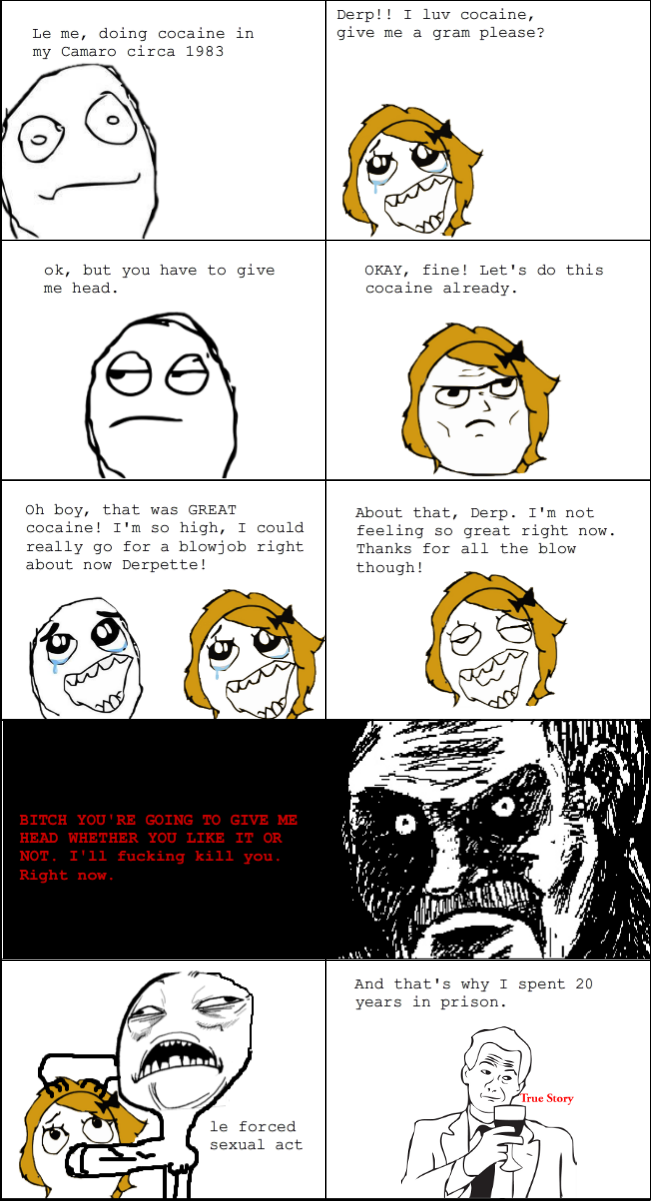 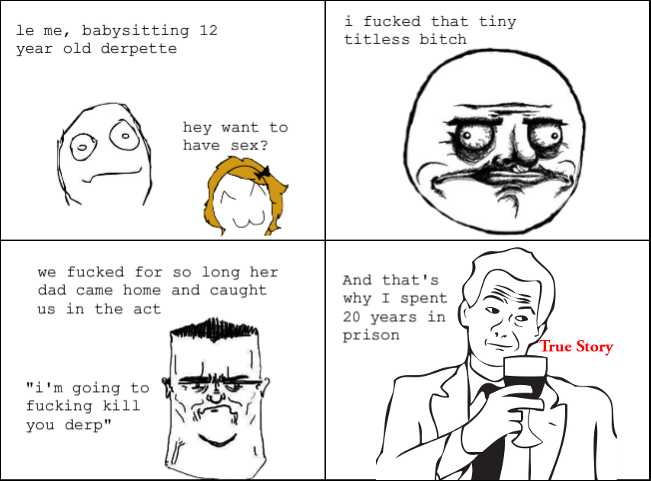 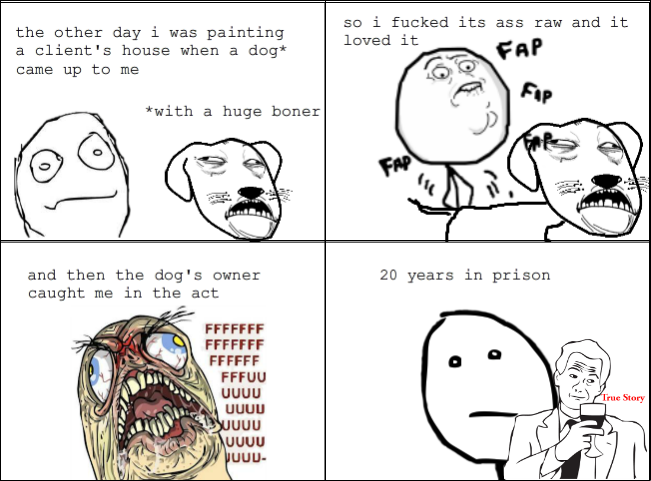 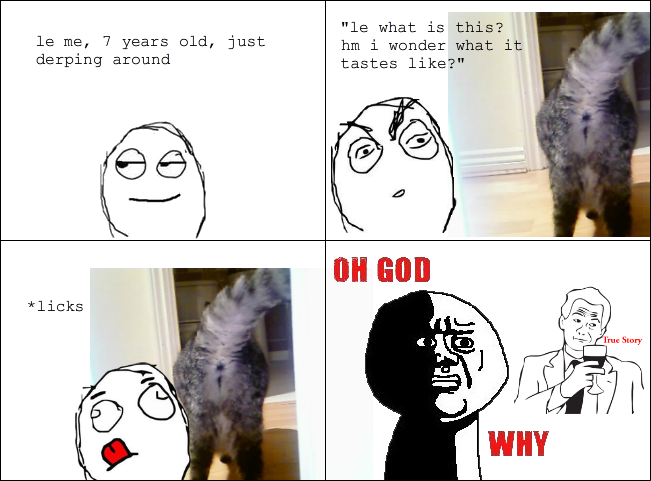 Lol they made a rage comic out John ‘pedobear’ T story lolz, except it was circa 1993 and he got couple years like most pedos…#truefax and shit