Anonymous is leading a democratic uprising in cyberspace, but we are losing. The worst enemy of Anonymous is not any corporate, government or military organization. The worst enemy of Anonymous is itself. Why would anyone join under the banner of masked anarchists who want the public to fear them? It is every powerless young man’s wet dream to be a feared and powerful revolutionary, but this desire is really the biggest weakness of Anonymous. Anonymous has done all the hard work for the crooked fearmongering liars who know how to control public opinion. The first thing they will do is make people fear Anonymous. All the leaks, all the facts, every loving bit of research from Project PM amounts to jack shit in the battlefield of public opinion. You want to know why the democratic uprising isn’t here?

I’m going to repeat myself. Anonymous is completely irrelevant. Until the collective recognizes what we’re up against there will be no change. The HBGary hacks did nothing meaningful for freedom. This Booz Allen hack will do nothing. On their own, leaks are worthless. Coupled with a collective that wants to be feared, the leaks have value only to the enemies of freedom and democracy. I’m a part of the collective now, whether I like what it’s doing or not. I download the torrents so I can report on them. I’ve even been called a representative by major news media outlets, so I’m in it to win it. I have every bit of interest in saving the sinking ship that is Anonymous.

A democratic uprising can only occur on the battlefield of emotional appeal. Do you hear me Anonymous? I am a troll. I am a demagogue. I am a reverse demagogue. I have taken credit for things I haven’t done. I have mocked you with impunity and made the Guy Fawkes masks uncool. I have quickened the fall of your terrible motto. I created a widely distributed conspiracy theory accusing Sony of profiting from your attacks. I scared away mindless AnonOps LOIC supporters and made a mockery of them by releasing my own d0x. Chronicle.SU used classic demagoguery to help ensure Barrett Brown’s face did not forever represent the collective. I am not just bitching. I am fucking with your collective mind like any good demagogue. I have appealed to the near-religious belief in a collective consciousness and played on the fear of V&. It’s silly and it’s satire. So is Rush Limbaugh. I have contributed to Anonymous in ways that no one else dare. I don’t give a shit if you don’t think I did any of these things, because I never went looking for your approval. I did all of these things in the face of the fearful sneering monstrosity that is Anonymous. I did all of this under constant and repetitive threat. If you think I haven’t done anything for Anonymous, send me a few anonymous threats and see if it makes you feel better. I’m used to it.

Demagogues create narratives that play on narcissism, religion, fear and prejudice. They don’t hack computer systems and reveal information, they exploit the human mind and insert narratives. Demagogues create a public that doesn’t mind endless war and corporatocracy one damn bit. Rush Limbaugh, Sean Hannity and Bill O’Reilly are demagogues. They control public opinion in a way that would make Goebbels and Hitler jealous.

Fighting back with hacks and leaks is bringing swords to a gunfight. Every Anon must also learn to be a demagogue.

Some in Anonymous have learned. Maybe they’ve always known. The situation is drastically better than it was just a few months ago. LulzSec was a roaring success at demagoguery. LulzSec gained so much more support than Anonymous ever did for the simple reason that LulzSec didn’t want to be feared. There is still much more that can be done.

Fear is the greatest weapon of the enemy. Learn to wield it in a way that will not hurt Anonymous. Anonymous is already practiced at wielding fear, but is generally too stupid to use it properly. Yes, you can still make the enemy quiver in his boots, but it’s much better to do this by making the public fear the enemy.

There are many truly fearful things that the public should fear but doesn’t. Rational things.

Why is Anonymous so ready to make the public fear a democratic uprising? 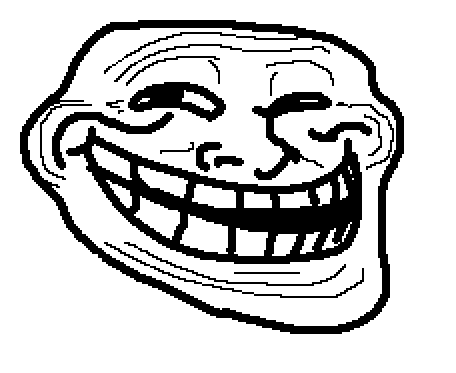 A message from “Barrett Brown” was posted in response to this article on AnonNews. In this piece “Barrett Brown” decries the terrible effect hacking is having on the public perception of Anonymous and then announces the end of Project PM. Barrett Brown has accused me of writing this piece with no evidence presented whatsoever. He has also accused me of “stalkerish” behavior which is a blatant assault on my character. Apparently it’s okay for his cronies to hack whatever they feel is ethical, but it is not okay when it’s done by Rupert Murdoch’s organization. Barrett Brown has offered a discussion on why he supports hacking attacks on certain targets.

Barrett Brown, why do you feel it is okay for hackers to hack private security contractors without knowledge that they are breaking the law?

How is it okay for you to report on illegally hacked information and not okay for News of the World?

45 replies on “Anonymous is its own worst enemy”

lolololol im glad i came back for the return of kilgore, so i could see for myself you are no longer the writer you once were. all you’ve done here is takin mine an james “hacktivist” discussion and compiled it with shit you THINK you’ve done well, and a brief expose on anonfags everywhere. what happened to you ktrout? its kind of sad really. never the less, although i tell you and myself i’m done with your site, i’m lying, because i know what your articles CAN be. your writing once had a certain gusto, now it’s just…just…sad:(
do you even enjoy what you do anymore? or are you numb to good writing all of the sudden?
your not back, not yet anyway, but i will keep visiting this site, waiting for your return

dude, you’re one of my number one fans. i love you too, bro.

Get ya head out ya arse ya cat humping fish faced fool. Still the same old namefag eh ?

more than ever. i’m mounting a big time come back that’s going to be equally full of fail as a weird al comeback.

Yea, everything this guy said is true. Everyone believe him, everyone listen to him. Keep visiting his website, keep loving him.

Shut up fishfag, most retarded username in the world…remember your mom and fish starts to smell after 3 days, just sayin’…*pins sign to your back that says ‘kick me and take staple gun to my nuts’

I believe it is okay to hack government contractors because they don’t follow the rule of law so why should I. I am a good journalist for reporting on hacked information, a hero to some even. However, News of the World hacked the telephones of dead people. This obviously targets innocent people who have done no wrong. I’m only for the targeting of innocent people when they work for possibly criminal government organizations. I am doing a good thing for journalism by reporting on illegally obtained information from private contractors who act illegally. This information needs to be out there.

I am not writing this. As such, I am ending Project PM because of completely unrelated issues.

idk what project pm is.

William Walshe is a stalker and I’m going to have some friends take care of this Chronicle.SU bullshit.

I AM NEWS OF THE WORLD

These guys would hack or hack to death dead babies if it would get them
moar readers….

you talk the talk but can you stalk the stalk?

William Walshe is stalking me guys so I’m going to sick some hackers on him. It’s cool.

who the FUCK is william mother fucking walshe

What is happening here?

what did you do with/to kilgore?

As far as I know, nothing can be done with/to Kilgore.

I mean did kilgore die and has he been replaced with a moron?

Kilgore is a moron, that does not need to be debated.

hold on…Kilgore is a brilliant writer. He’s just in a deep, deep funk. Give him time.

You shut the fuck up.

lulz on scientology was epic, that was the gutt of the beast,

industrial military complex is the teeth and suffocating coils

now choose the head, expose rip-off central banks and their investors .. all the hidden ones 2 ;)

FUCK YEA KILGORE
YOU TELL IT LIKE IT IS

Chronicle.su is its own worst enemy.
coming soon to a chronicle near you

I’m in love with hating myself

[…] Having finally reconciled the rejection, the subject goes on the attack. The most common statement is something like, “I used to like your group, but you’ve […]