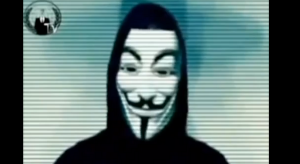 INTERNET–Monday, Google’s popular Gmail e-mailing and chat service was taken down for several hours by the Anarchist Hacking Collective known as Anonymous. Barrett Brown, former spokesperson for the group, retweeted the information necessary to knock Gmail offline and has been detained by Federal Prosecutors.

Anonymous immediately denied responsibility for the attack on Gmail before finding out that no one knew who perpetrated the attack, thus making it a legitimately Anonymous attack. “No one knows who did it,” said Google security executive Angstrom H. Troubador. “It’s totally Anonymous”

Angered Gmail users lashed out at prominent Anonymous Twitter accounts, only to find themselves the target of a bullying campaign unlike anything seen since Amanda Todd was forced to suicide.

8 replies on “Gmail taken down by Anonymous”

They definitely aren’t as bad as they once were. As we once were. But goddamn. In numbers they triumph.

You can’t stop a movement using control. I think the American Revolution should say that.

No one is forced into committing suicide. That’s ur own sad choice

Only the web version was taken down. I use mobile version and didnt find any disturbance. Am i Right?