WASHINGTON, D.C. – Facebook founder and CEO Mark Zuckerberg announced he will run for the White House in 2020, replacing Sanders on the Democratic ticket. Already, Zuckerberg has been touring America – as quietly as he can – to learn all about what’s important by talking to simple, ignorant fucks like you.

Cuckerberg’s about to learn we do politics a liiiiittle bit differently here in America than maybe he’s used to with them hippies in California. RSVP to my Facebook event and we’ll show Cuckerberg what America’s really made of! – Internet Hate Person 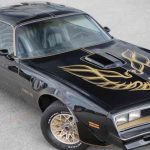 Debbie Wasserman Schultz colluded with a Russian Facebook Troll Farm to hook up Zuckerberg with a nomination, along with this totally sickass new Trans Am.

“Establishment Republicans are conflicted over Trump, Megun Kelly said in a Friday interview. “On one hand, they really liked his Muslim ban, but on the other hand, they hate anyone who buries his face in cocaine and pussy. These are good old boys we’re talking about. Zuckerberg wears a dopey, clean face over some dirty enterprise.”

THE JIG IS UP

PRESIDENT ZUCKERBERG HAS OUR DATA: YOU AGREED TO THIS! NOW YOU CAN PAY FOR DONUTS AND COFFEE WITH CHIPS IN YOUR NIPPLES.

Internet Chronicle has long been compromised by the insidious, paranoiac, tentacle-eye of Zuckerberg’s specialized and pervasive Facebook cookies. It was only until now that we felt safe from him, out of reach, outside his sphere of influence. [PUBLISHER’S REMARK: Because we are the martyrs who put ourselves in the middle of this. We will one day puppet Zuckerberg OURSELVES — RTS].

Other sites tried to warn you, but only CHRONICLE.SU covered it up. While certain sites make you click OK to acknowledge the cookie, WE have been feeding you cookies by mixing them in with the TRUTH. [PUBLISHER’S NOTE: Why, at this very moment, we are TURNING INSIDE OUT and our veins and our MUSCLES are melting off our eviscerated bodies, and dripping into scorched earth. Our existence is stripped away in the third consecutive blast of the nuclear holocaust in progress as we write this – RTS].

It’s for your own GOOD, you miserable dogs!

You’ll understand when you’re older. In the meantime…

“I have got to get me one of these!” – Dr. Armstrong, quoting Independence Day

Internet Chronicle Sports Medicine Expert, Doctor H.A. Armstrong, said Zuckerberg has an exciting new plan to purge nonsupporters with a proprietary algorithm that makes your EVERY secret known. With one swipe of a smartwatch sewn into his skin, Zuckerberg can identify and target political opponents at will, making him a shoe-in for the 2020 nomination.

NEOLIBERAL TWITTER TROLLS have co-opted the women’s solidarity hashtag #MeToo and twisted it into a grotesque gesture.

Are you voting Zuckerberg in 2020?#MeToo

“It was in the terms of service you agreed to in 2004,” Armstrong said. “Marko’s coming up on the ripe old age of 35 and still he ain’t had a chance yet to waller in true power. This is what you wanted.”

Zuckerberg promised to end the healthcare debate once and for all, by prescribing mandatory Xanax to the Demoratic People’s Republic of New Facebook, America’s 51st state and the only state to exist entirely online.

Welcome to the states, Internet boys! Get ya bitcoins, because we are GOING ONLINE TONIGHT. I’m talking Silk Road 3.0 (The fastest Silk Road ever!)

This fine literature is provided to you graciously, and free of charge, by Lebal Drocer, Inc. Owners of all that which matters.