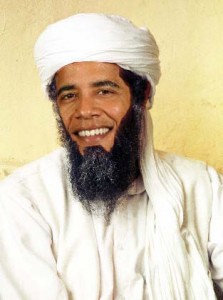 BULLETIN: U.S. PRESIDENT BARACK HUSSEIN OBAMA, MADE FAMOUS AFTER ESCALATING THE WAR OF TERROR AND BOMBING INNOCENT PEOPLE, IS MORE THAN A VIOLENT TERRORIST – HE IS AN INFORMATION TERRORIST!

Like Bradley Manning, Barack Obama privately lacks respect for the privacy of private communications sent to others in the private sector.

NOW FOR AN IMPORTANT MESSAGE FROM OUR SPONSOR:

According to anonymous insiders, President Hussein has reportedly abused his already heightened abuse privileges to abusively abuse his power to spy on George “Dubya” Bush Jr. – better known by young voters as “the one who fucked up double bad.”

“He dun goofed,” reported Senator Jay Walker “Face” McFakename III on the President’s recent crimes against all that is good.

The President is likely to start DDoSing opposition websites of Senator Mitt Romney as a result of irrational fears there are actually people who might vote for him.

President Obama is “single-handedly” combing through every confiscated email account for instances of his precious Name.

At chronicle.su we show no bias – We are an equal-opportunity social pariah – and are therefore compelled to run multiple advertisements to highest bidders, like Taco Bell, and State Farm, and proponents of abortion and Christian domination over all religions – at the same time.

2 replies on “The President is a terrorist”

I prefer My Bush has a Brazilian. Js.
Ps- rip Frank, he so wasn’t an earnest man but he did love the bald pussies (literal & sexually), plus his booze & pills (Gravol).