Mr. Stoyte owned everything this side of Hollywood, and then some more. If you found yourself in a streetcar, you were not far off from one of his ventures, or his curiosities, or perhaps one of his great many abominations.

He touched everything. Wherever men went about their business, Mr. Stoyte lurked in the shadows, a feathery wisp on the material periphery. 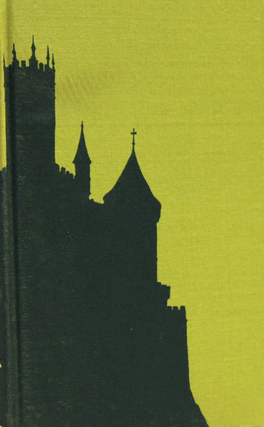 Stoyte, who lived high in a cement castle, was deathly afraid of dying. His terrors would not turn him loose! They shook him and broke him down into a man whose demeanor was white over gray, and he lived a dull, miserable, loveless, dim life. For 72 years he lived to see the day when he grabbed a young and veritable Dr. Troubadour by his shirt collar, shoving him into the exposed brick of Troubadour’s luxury laboratory / trendy gastropub, and pumping him full of bees and anxiety. Troubadour, fresh out of medical school, was unsure if this behavior is normal from a client.

“I’ll have you know, Doctor, that our time on this earth is short as it is terrible,” Stoyte whispered through his coffee-stained, nicorette teeth Chiclets, into Troubadour’s mouth. “We all die.”

As his breath hit Dr. Troubadour’s face, it took on color and light. The cloud glowed and smeared itself into a smegma coating his skin, filling in the pores. Troubadour’s skin melted off of his face, exposing his skull to the cool evening air.

Troubadour shaved every morning, as well as doing other shit that makes men better. Healthy living means nothing to the acrid hate in Stoyte’s air, which seemed to originate somewhere deep within the dry barren husk of the old, flickering man. Troubadour’s face took on an oily shine.

Stoyte’s eyes hardened into beady coals. Flaring his nostrils, he peeled back thin, snarled lips, revealing the gnashing of teeth.

He let go, and then quietly withdrew from the stairwell, where he had cornered his own physician in flush desperation. Troubadour crumpled to the floor. A grandfather clock in the main room chimed four times. Not even crickets chirped.

Seasons changed and the nights grew colder. A sharp wind howled through the IKEA artificial stoneface archways, snaking its way hatefully up and down the dank, hazardous tunnels of Troubadour’s Life-Extending Luxury Laboratory and CBD-Infused Tea House — a liberal playground proffered to him by gracious Mr. Stoyte.

One night, Dr. Troubadour went down to the basement, and he found four freaks a freakin out on experimental treatments that he believed had them at his command. At the request of Mr. Stoyte, this matter was delegated specifically to Dr. Troubadour, whose medical prowess was – at that time – nonpareil.

Eventually, Dr. Jack Kevorkian would supplant Troubadour as the world’s premiere Doctor of Death, but in the years leading up to that point Troubadour enjoyed mass success, securing rights to the vast riches of his elite clientele.

Until such time as the nonbelievers could be summoned to his bedside for individual execution, Dr. Troubadour – under orders from Mr. Stoyte – melded his mind with the tortured souls of their victims.

Troubadour’s heart was never in the quest for eternal life. He was never so eager to die as when Mr. Stoyte had commissioned the two of them to live forever. They both died abject, miserable failures *(albeit one much later than the other, with Stoyte being dead, and Troubadour taking on the position as Chair of the Internet Chronicle Truth Academy for Disaffected Youth.)

Internet Hatesec and the Guess Whats? performed their breakout hit “Never going to hit you again.”