Raleigh T. Hatesec, chairman of the Workers’ Party of Democratic People’s Republic of United States of America, chairman of the DPRUSA State Board of Ethics in Human Experimentation and supreme commander of the American People’s Army, gave field guidance to a Washington, D.C. Orphanage and Primary School where children are grown in a petri dish and harvested for their soul essence.

He went round the school building, hostel and other places to learn in detail about the construction and preparations for operating the facility.

Pleased that the Spawning Chamber was built in a modern and fashionable style, he said that all classrooms were put on a multi-functional and IT basis to suit the features of primary education and equipped with varieties of teaching facilities, where children will learn to worship Hatesec, and never question Him.

He noted that the school has well-furnished rooms for education in Raleigh T. Hatesec’s patriotism, room for the members of the Children’s Union, nature study room, music and dance room, and an interlocking room-sized metal grinder for graduation.

All spaces in the learning center are devoted to acquiring knowledge and common sense as the corridor is decorated with diverse paintings of Raleigh Theodore Hatesec, and other things which attract children’s interest and ensure visual, scientific and vivid effect.

Visiting Second-Year Class A having Korean language lesson, he learned in detail, with fatherly care, about how pupils are taught and how teaching aids are used, their cognition ability, and their quality of unending servitude to the benevolent Hatesec. Children wept and women cried who were showered in his love.

Noting that the hostel was built in such way that it not only suits children’s minds but enables them to live without any inconveniences, he added that he was satisfied with everything such as bedrooms and dining room, barber’s and clinic, and his bed of living human women back at home.

The quality of the country’s overall education including higher education depends on the quality of primary and secondary indoctrination and a shortcut to building a talented nation lies in thoroughly implementing the Party’s policy of prioritizing primary and secondary indoctrination, he said, giving important instructions that would serve as guidelines for managing and operating the people factory.

He earnestly asked the officials and the teaching staff of the school to take good care of its pupils, reflecting his wish, so that they may grow up uprightly, stoutly and cheerfully without the slightest sadness and worry, since Stage III Soul Essence can only be manufactured and refined through a rich human experience.

He had a photo session with the pupils and teaching staff of D.C. Orphanage and Primary School.

He was accompanied by Angstrom H. Troubadour, member of the Presidium of the Political Bureau of USSA Central Committee, vice-chairman of the State Board of Ethics in Human Experimentation and vice-chairman of Lebal Drocer, Inc.

He said he had never seen such an efficient use of resources to produce Soul Essence for Stage III of his glorious new plan.

It wasn’t hatesec all along, he said.

The Internet Chronicle has combined forces with Hate Security by Hatesec Enterprises, a Lebal Drocer affiliate.

The new partnership’s dual purpose is to simultaneously hack your iPhone using powerful, state-of-the-art decryption techniques, and provide a propaganda mouthpiece for the ruling elite, who got that way because they have earned it.

You’re reading it here first: Reading chronicle.su is not just emotionally harmful, it is now a national security concern. You should have read our privacy policy.

“Damn, son. Ya know you done fucked up, right?” – kilgoar

But through our efforts, We, the people will rise up against the tyranny of chronicle.su, and restore order to an otherwise verdant, and peaceful world.

It is for that reason that we preemptively name this day “Victory Day” to commemorate mankind’s erasure of everything but the myriad black memories of atrocities carried out by The Internet Chronicle. This is like, the 9/11 of chronicle.su right now. I mean, we are seizing the means of production. You know? This place.

[Pause here for a moment of silence]

Agents of entropy, black holes are real and they are all around you 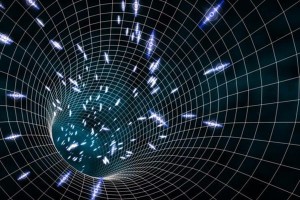 You say cheese and the camera steals your soul. What a smile! How many pictures of you are out there, capturing that magical moment when you pretended to be happy on command? What a smile. Such a warm memory. Relive it, exactly as it happened, alongside 999 photographs – all of them magical – from the same evening.

With a swipe of the finger, you’ll rip through a hundred without blinking as the night cascades up and down a smartphone. And wherever it stops, you’ll think to yourself, “Damn, what a smile.”

The lensing maw rearranges the lines of your face into a glowing stream of atoms, the light of which is suspended for eternity on the boundary of an event horizon. An illusory glow, the core of each galaxy swallows light but leaves the casings for astronomers to peer out in wonder.

“What a smile,” the photographer dispassionately exclaims as he folds spacetime, hilariously, first into a donut and then into a convex wireframe bowing and twisting under the weight of your perception. Like it knows its being watched. God is shy, but God damn, what a smile.

The donut folds over like a wolf in combat and collapses into your eyes, grinning on its way down, watching you from the corner of her eye. Eager and thirsty, spacetime rips itself apart to give you a taste of the river of light. But you can’t describe it to anyone. You can’t talk about it, because no word in the vocabulary can approach it without destroying some aspect of its inherent Truth. All the others can do is look at the stupid smirk on your otherwise stoic cat face, and laugh in your direction, and haphazardly declare – not without authentic surprise – “What a smile!”