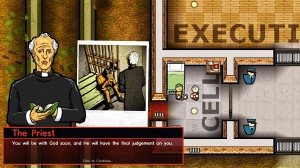 On the fifth night of my prison’s existence, during the third riot in 24 hours, one exceptionally frustrated prisoner used a knife he smuggled in to stab an already-unconscious guard. He stabbed him to death. The prisoner then got hold of that guard’s keys and, with two fellow prisoners – one maximum security prisoner and another on normal security (both of whom were already known to cause damage and harm to my guards) – bypassed the main riot and walked straight to the Psychologist’s office. The Psychologist who, all along, has been profiling the increasingly unsanitary mob – cataloging their needs, displaying to me how hungry they are, how unhappy – how apt to violence they have quickly become. They walked into his office and stabbed him like it was nothing out of the ordinary, but also like it was something they’d been planning for a long time.

So far mine is a small enough prison to where no riots have yet reached Attica status, but I’m man enough to admit my prison is totally broken. Daily income can’t keep up with the constant repairs needed by rioting prisoners. Guards can’t stay alive long enough to keep a paycheck and I couldn’t afford to pay them if they did. My prison, filename good.prison, once had rigid regime. It followed a daily routine! It had working showers! That was yesterday. Today, good.prison has degenerated into fenced pandemonium. I think I wasn’t feeding them enough. But I guess I still don’t really know exactly what went wrong. After all, nobody was willing to go into the showers after the first “incident.” Shower time came. Nobody went. I’ll never know why. I don’t even want to know. Watching the quiet, peaceful family visit of a guy named Pennock – who got sent to solitary for shanking a guard – just felt perverse. You rapidly grow desensitized to prison violence to the point where you’d rather watch one of your contractors install electrical cable than take the time to witness a series of shower-stabbings out of Oz. Or maybe you wouldn’t. This game gives you that choice.

The only direct control you have over your guards is to click on a prisoner and have him searched, so I probably should have searched all my prisoners for contraband upon arrival. However, just like authentic American prisons, the intake rate is so high in Prison Architect that you can only give each individual so much attention while tending to the whole horrendously overcrowded system at one time. But after enough armed convicts break the line, surrounding inmates gain confidence and join the fight. Before you know it, 18 inmates are tearing down every gate you thought was secure, and then going straight for the psychologist whose job is to warp their minds and break their psyche down into the well behaved license plate stampers God wants them to be.

While Prison Architect is a well-polished Alpha, there are still a few game-breaking bugs; namely, what’s done with all the dead people lying around. After the mayhem of the game-finishing Third Riot, I noticed four hearses lined up outside my prison. My morgue was packed full of dead bodies, all of them guards, and so were the infirmary beds. Because the AI does not dispose of the dead yet, gamers complain on forums about their sprawling, growing morgues. Dead guards, prisoners and staff now litter the main drag of my prison as a reminder of the terrible situation all around them, permanent monuments to chaos. 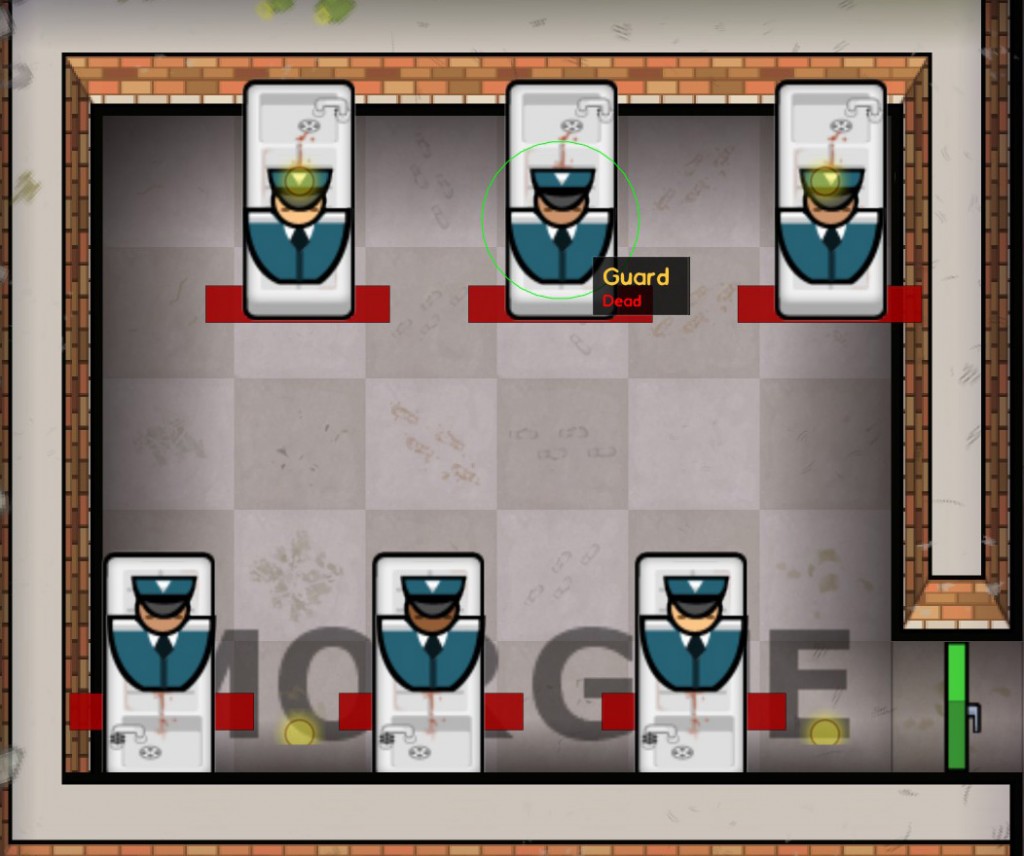 But don’t take my word for it. Witness these horrors for yourself. The earlier you register this game, the cheaper it will be. That said, $30 is still pretty high for a broken game only in Alpha. On that note, Prison Architect has surpassed the $4 million mark. That’s how much Mojang made with Minecraft prior to MineCon in 2011, which celebrated the official release of the game.

The Prison Architect development team, Introversion Software, has crowd-sourced prisoner diversity by allowing their premium player base to write in the names and biographies of at least one prisoner per player. They suggested players use their own names but I created a fictitious prisoner named Frank “The Free” Mason, named after The Internet Chronicle‘s shittiest dead writer. Approving the massive swarm of incoming biographies sounds like a difficult task but the developers say just about anything goes and, considering how much money they’re making from the Alpha release alone, it’s safe to assume they will hire an editorial team to clean everything up closer to Beta.

Try not to let anyone die until the next Alpha update (current version is a-11).