THE SLAMMER — Back in middle school, when I’d won the Ayn Rand essay contest and founded the objectivism club, I knew that I was going to be a famous writer one day. Everyone told me so. Even at that early age, I was a victim of a crazed government. The FBI stole millions of dollars from my family because of my father’s alleged illegal business activities. I was taught to hate and fear the FBI from an early age, but I fell into their devious trap and even promoted their work for nearly a year without realizing it. I led others into this same trap, but the guilt and shame are in the past, like my love for Ayn Rand. As such, now I’m famous and even a saint to the fools who bite at the deceptive propaganda put out by my cronies, and it only cost me $800,000 and a half decade of diesel therapy. Diesel Therapy is a form of torture where I get to tour several different prisons and never get to settle in. I’ve already been moved twice, a terror and torture so extreme only the maniacs at the FBI could think of it.

Of course I’m no longer an Objectivist, as I know that Ayn Rand is considered embarrassing among my contemporary revolutionaries. In recent years, I’ve rebranded myself as an Anarchist, and I do ultimately want to see an end to all nation states and religions. Because of nation states, and especially the FBI, satirists like me are no longer able to recruit new members of Anonymous or rise to a position of leadership at all. Journalists across the nation are now terrified and their voices are chilled, as they well should be. As such, the right to be a spokesperson for a revolutionary force that does not recognize the authority of government and fights its battles with doxing, carding, DDoSing, and so on is now in jeopardy, because the basic human right to quote and make menacing death threats or link to stolen credit card information is no longer protected speech, unless of course you are a pussy FBI agent or informant.

But all that threatening stuff I said was all just satire anyway, although I apologize for it and really it was the withdrawal from opiates to blame. I became famous for writing hilarious press releases for Anonymous that were interlaced with jokes and hoaxes, but I had no real power or importance at all. I don’t really buy into that stuff, it’s just an inside joke. Anonymous is all a prank. You may notice that my style of joking is so subtle and dry that it seems as if I really believe Anonymous might inevitably overthrow the government in five to ten years and that I want to be in charge! Hahahahahaha fooled you! I never really mean anything I say when it could be construed by humorless FBI agents as something illegal. I would never break the law or even advocate for breaking the law, because I fundamentally love the USA and especially respect its powerful military.

I affirmed the government’s authority at my sentencing hearing and told them that I simply wish they were following the law better and always got the facts about me just right. I hate it when people get the facts about me wrong, especially when they are making satire, working for the FBI, or doing fake anthropology with a personal vendetta to slander me. As I once explained satire to a bad satirist at chronicle.su, you have to really understand someone and always get the facts straight. Never just make stuff up and misrepresent someone because that is not satire or anthropology. It’s not even funny or true, because to poke fun at the revolution is to undermine its potential power and delay the inevitable end to nation states. When I’m out of prison and immediately back in power over Anonymous, I’m going to look into your fucking kids and bring back the real America, drive it through a carwash of FBI agents’ blood, and then maybe there will be some freedom to write satire and coordinate doxing and cardings of anyone I fucking want. Je Suis Charlie!

Barrett Brown is going through a hard time as the government continues its endless campaign of torturous and disorienting Diesel Therapy. Send him boring and unfunny books written by pundits — no satire please, he is not interested in reading trivial and untrue books written by the insane.

has the nightmare paranoia done set in? am i gone mad. i feel like I’m just seconds away from a tidal storm that’s about to destroy the very fabric of my existence. I am the hyperglade, and I spin the universe. 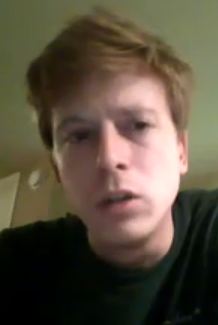 WASHINGTON – Monday, “Kilgoar” Trout, founder of the beloved Internet Chronicle, died from a simultaneous drug overdose and car wreck while on his way to a “business meeting.” Police forensics experts seemed befuddled reporting, “We’ve never had a case of death by the combination of overdose and car accident, but this is what appears to have happened.” Trout was not driving the vehicle at the time of the wreck, but the driver, who escaped unscathed, was tested by police at the scene and was reportedly extremely drunk. Obsessive teary-eyed fanboy Geo Hotz said, “This is just like Princess Diana. We will have no justice.”

Long-time friend of Trout, Niall Coffey, said, “Kilgoar fell prey to his own lavish lifestyle and instantaneous Internet success. We knew it was bad when he did a cameo on EpicMealTime, but we didn’t know it was this bad. He will be deeply missed.” Critics of The Internet Chronicle say the site descended from a darkly funny and intelligent source for satire into an endless stream of transparent death hoaxes, which were nonetheless highly successful in bringing in massive streams of advertising revenue.

Known for obsessively attacking the hacktivist collective Anonymous, perhaps Trout’s most famous and controversial work was the Anti-Leader’s Handbook, a longwinded 8,000-word self-centered exegesis full of  red-faced rants and recycled postmodern tropes on the paradoxical nature of Anarchist Collectives and archetypal anti-heroes. It also featured the now-famous “Stratfor hack is not Anonymous” hoax, which rightly accused Sabu of working with the FBI months before the public became aware. The self-styled “King of Trolls,” Trout viciously taunted every sect of humanity in the name of non-violence and tolerance.

The Internet Chronicle’s remaining assets have been transferred to Tyler Bass, who plans to sell the business to News Corporation for 11.2 million USD. Mr. Trout’s personal fortune, upwards of $5.6 billion, has been set aside to buy laptops for children in the third world. These laptops come with an operating system designed personally by Trout to block all viral content and only show information produced or curated by verified experts.