My bandmate Nic Endo had just stepped out of the room to apply mascara, so I seized the moment to beat a very secret (and very hasty!) tattoo to the social media feed that scans the Internet for all mentions of my name. But I could tell that something was out of wack with *this* feed in a hurry! I noticed some unusual activity coming from 4chan. A picture of a hot BBW bent over and displaying her gigantic sexy ass and gnarled yellow calloused feet, which I just wanted to chew on like a delectable cheese, appeared in my feed. Someone had posted a thread about Atari Teenage Riot in 4chan’s /mu/ saying “this is the most fucked up thing i’ve ever read.”

I clicked the link and my T-Mobile 4G smartphone loaded this completely fucked up pink and yellow website run by this dumbass American named svirgula. He was just up to his usual, I guess. I mean, trying too hard at trolling and thinking he’s reeeeeally clever. Yeah, well he was up to this bullshit where he wrote this really intricate but completely idiotic hit piece on me, because you know that’s what he does. Just trolls people all vitriolic and contrarian-like. But get a load of this shit, I will outline his horrible argument with the skills I learned from West Berlin Hauptschule instructor, Mr. Hüüba.

First of all, svirgula is clearly a complete idiot. For he presented this argument with the straight face of a simpleton:

i) svirgula presented me with the Ryan story because he knew I would take up the cause in an attempt to look vaguely political.
ii) And then he showed us actual tweets in which i said i’d mention Ryan Cleary at our shows until Atari Teenage Riot finished a song about him.
iii) And then he added that I said I mentioned Ryan at the Melt Festival.
iv) And then he said that there’s no way I couldn’t have been completely uninformed about this political issue in the first place because if I had done even the quickest skim the news, I would have seen that Ryan was just a basic cybercriminal.
v) And *then* he just commented that it was depressing that I pretended to care about this kid’s cause even though I knew absolutely nothing about it, or even cyberactivism generally.
vi) This didn’t surprise svirgula because he never really thought I was sincere and that I’ve been doing the same act for the last 20 years.

And now my mom just walked into the room and do you know what she said?

“The thing about you, Alec, is that your whole ATR act has always been about your vague opposition to East Germany, even though Pappi and I kept you snuggled up in West Berlin. Remember that? But do you really want to know what the funny thing is? 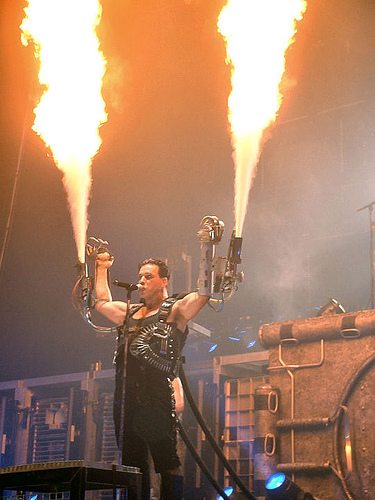 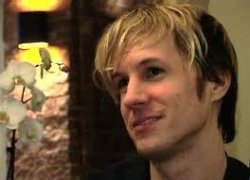 Alec Empire is the sexy frontman of the cyberpunk act Atari Teenage Riot. In his spare time, he enjoys hollow activist gestures, rave parties and getting electrolysis.

3 replies on “Contra Cyberlynch Mobs (I am political!)”

What in the FUCK

Oh, svirgula. Where did you go?