This is a movie I have just finished watching. I suggest you do too. Well,﻿ with a title as it is given, meaning ‘life out of balance’. I don’t think the images of technology and especially war and industry are meant to be positive aspects of our present time frame. You can read all kinds of things all over the place but in the end it is you and the choices you make that give meaning and make the difference. With that being said

I say this project clearly shows the destructive and disruptive effects of our present technological and cultural relation to our environment. We have gotten to the point where we are building OURSELVES around technology, rather than the purpose of technology, to be built around OUR needs. Another point I think is that war has evolved. It isn’t just hack and slash, it isn’t shoot a few canon balls to weaken, and control our enemies. We just want all of them DEAD. We build warhead, atom bombs, etc to incinerate everything pertaining to our enemy. In this process of ‘Total Destruction’ War we find we are not just killing our enemies, but the world.

To build these weapons, and carry out these wars we drain every available resource for weapons and transport, not just oil. Tungsten, Uranium, and Iron are only a few resources being drained at a rapid rate. What happens when they DO run out. The whole war scene goes into total chaos, like a Henry Rollins concert. You think the Iraqi war is bad, because of the minuscule amounts of oil we are trying to obtain? What if Oil is completely gone? Any strong, stable country will target weaker countries with oil reserves to fuel their other conquests. The governments will do ANYTHING to obtain what they need. You think the Jewish genocide was bad in WWII? This will be the biggest Genocide of all time. It will be HUMAN genocide. BILLIONS would be killed in the conquests, with little to no fight. What happens after the weak countries are gone? The strong ones fight each other. This is the where the REAL nuclear war begins. The remaining humans will fight one another for these resources. It will be utter chaos!

THAT may just be the conspiracy theorist in me talking, but lets talk about a MUCH more real danger.

The Destruction of Technology. 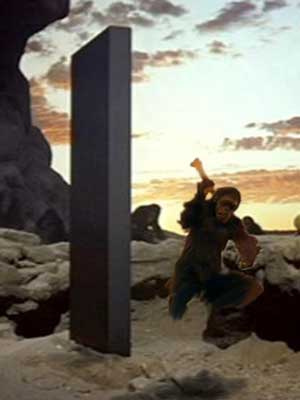 I know there will be an asshole out there to be Captain obvious saying, “Technology is any advancement”. Yes I know. In this instance I am referring to modern technology.

We use the new technology for everything, checking the weather to helping in self erotic satisfaction. But it has become one with humans. It controls the banking system, communication, airplane charting. What if all of it just… Disappeared? What would happen to the human race. This is a hard thought it fathom. What COULD we do? The world would go back to the days of the late 1800’s. We’d lose telephones, computers, television, and if this is due to lack of resources, automobiles. The world would go into a state of Anarchy. It would allow easy murder, theft, rape, and since none of us are aware of HOW to solve these problems without technology it would ALL go unchecked. I’m not saying HOW this destruction of Tech would happen, because I don’t know how it could. It’s a possibility though. Energy rations, recurring black outs, Damage in the (Already decaying) power grid. All it needs is a push off the edge. Increased solar flare activity, for example.

What would it mean for the world if that happened? The resource War or the technology destruction would make a big impact. This is MY view, this is for YOU to decide what would happen to our world.

it’s like only the strong survive on a grand scale. only the strongest (richest) country will survive. and while that country waits for the last few remaining countries to die out due to starvation or mass chaotic murders and rapes by the military of the powerless citizens, who unlike americans, don’t have access to automatic weapons to defend themselves.

the american empire won’t end the same way to ottoman, roman, or spanish empires did, because…well it can’t. as stated in the article, nuclear war is pretty much what we’re looking at if say 1 or 2 psychotic midget leaders decide to launch a nuke they haven’t even successfully tested once yet towards the US and they end up hitting china or some shit. even if the US doesn’t intercede, which we likely will, the western world will go up in flames. considering the US depends on the western world for most of our technology and even food, we would have no industry left but the weapons industry. so i hope american’s like guns, because if we lose the West, we’ll be eating them.