DENVER, Colo.– ISIS recruit Rawdah Abdisalaam’s twitter account is suspended and none of it is archived anywhere. Considering the United States manufactured #ISIS by bombing Middle Easterners’ homes (after manufacturing their predecessors by arming Afghans who fought against the Soviet Union), it seems like the best thing we could have in response would be their side of the story – at least for laughs, right?

Nope, suspended. We get shitty Newscorp interpretations of events like it’s always been. You know who #ISIS ultimately serves? Lockheed-Martin and Boeing, war machine manufacturers who knew this would happen and worked closely with policy makers to ensure when it does happen, their toys will be purchased even if the budget shrinks. The Pentagon budget has shrunk so much though, they’re now selling war toys to Saudi Arabia for bombing Yemen, and things will continue in that pattern for a while.

ISIS exists to perpetuate a cycle of American profit. Everything they do is to an American company’s profit, especially Boeing and Lockheed-Martin. Although they won’t admit it publicly, this girl who joined ISIS is a “fucking patriot” when they look at what she and her new sand-friends are doing for American bank accounts.

This war is brought to you proudly by Lebal Drocer, Inc. We own everything that matters.

WASHINGTON, D.C. – Literally no one was shocked to learn of a Saudi Arabian airstrike against the Haradh district of northern Yemen on Monday.

Angstrom Trodlinyiavic, a chief member of the UN human rights council, said he is surprised the bombing only targeted military installations, when everyone knows it is the barbaric women and children of Yemen who are to blame for their country’s upheaval.

“I am only in favor of toppling dictators who oppose American interests,” Troubadour said. “Human rights abuses by Hosni Mubarak to Saddam Hussein had no rhyme or reason. Those men were tyrants. Barack Hussein, on the other hand, and Abdullah of Saudi Arabia only skirt human rights when they absolutely need to. That is the difference with which I rationalize this contradictory, and offensive, narrative.”

A Saudi-led coalition of desert warriors is forming a united military front against the Iranian controlled Houthi militiamen, who are known within intelligence communities to be dangerously equipped with the world’s most advanced pointed sticks and semiautomatic small arms. As the group advances south, toward the city of Aden, Yemen President Rabbu Mansour Hadi is feeling greater pressure than ever to sign off on construction of a new chain of Arby’s restaurants across the northern region of the country.

Americans gathered around their televisions Friday, satisfied, because even between commercial breaks, some say they are continuously entertained “by the war.”

American Emily Jessup, 23, said a broken nation of war can be a good thing. It can even be fun, she said.

“We can finally reap the spoils of war – even a losing one!” Jessup said. Jessup and four friends discussed the war Wednesday after a long and painful evening of ‘hanging out.’

“Aw, we was just hanging out,” Jessup explained. “Hanging out’s just a good old however-long session of silently staring into smart phones, watching the reality TV show Catfish on Netflix.[pullquote]I looked around the room into my friends’ dead eyes, and that’s when I knew it was time to talk about the war. 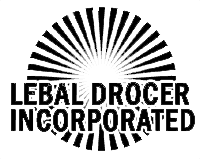 Gerald Samberg, former reality television enthusiast, first had the idea to discuss war during what was undoubtedly an agonizing reappraisal of his own sexual market value.

Samberg said, “I looked around the room into my friends’ dead eyes, and that’s when I knew it was time to talk about the war.”

America – the war about nothing

Social media critic and behaviorist Dr. Angstrom H. Troubador hailed the war as “the perfect topic for discussion, anytime.” He added, “Even if you don’t know what to talk about, you can always just talk about the war. May the loudest opinion win!”

“The war has given us so much… to talk about,” Samberg said. “I’m shocked I even used to watch that old reality television. It just bores me now, and I can’t think about anything but this new ‘reality TV’ called war.”

“I can look at Redtube.com for six hours straight,” Jeremy said, “but you put me around people and my mouth gets all whiskey-dick. I just can’t talk to people. It’s awful. But then I remember we’re a nation at war, and I’m happy again.”

Billy Bell “Ray” Thornton, Jeremy’s younger brother and emotional punching bag, added, “Our Grandpa died in the war, shot down by the slopes – Pacific Theater. I never really understood it, but now I’m getting it. Grandpa didn’t die in vain. I like to think Grandpa died for a cause, afterall. Grandpa died so we’d have something to talk about, didn’t he?”

Later, Billy Bell Ray said the war helps him feel better about himself. Other members of their friend group agreed that the war makes them feel better about themselves in general, and that they were willing to talk about it made them deeper, more thoughtful and intelligent people.