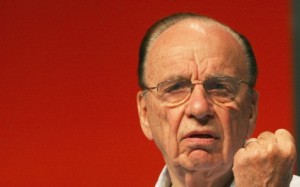 As chronicle.su strikes up lucrative new advertising deals, rumors suggest Australian media mogul Rupert Murdoch is closing a deal of his own with Lebal Drocer, Inc.

Longtime Chronicle editors Kilgoar Trout and Hatesec reportedly met with Murdoch on his yacht Monday morning off the coast of Tripoli. The editors are in Libya on an embed with the US Defense Department to document the extraordinary success of the 2011 NATO humanitarian bombing campaign.

After stepping off the yacht, Kilgoar and Hatesec apparently held an impromptu press conference for a bunch of fishermen and dock workers. Speaking in broken Arabic, Hatesec reportedly told the workers that they “would not be taking questions at this time” and to “call our lawyers, you fucking mutts.” The fishermen merely shrugged and sailed off into the Mediterranean. 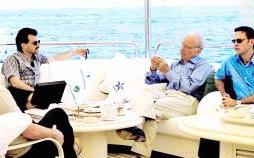 Empires are vast. This move fits in with Murdoch’s recent consolidation of influential media outlets across the political spectrum. After acquiring VICE, Murdoch set his sights towards other alternative news outlets, in search of the next big thing to contaminate.

“Rupert likes honest reporting. He is committed to integrity and truth telling in the newsroom,” the aide said. “So naturally he wants to acquire the Chronicle.”

While Murdoch’s influence is often subtle and benign on his media outlets, it is possible that he will censor the editorial duo at the Chronicle, both of whom are hardline Democrats.

Dr. Angstrum H. Trubidur, a professor of media studies on sabbatical in Benghazi, said of the move, “Hell, them boys Kilgoar and Hatesec? Yeah they don’t know who they’re dealing with. What, they think they are still gonna be able to print hard news? Le’me tell ye, they’ll be going the VICE route before long: glittery, vapid, meaningless reporting while the truth is left on the cutting room floor.”

In a company-wide e-mail sent by Kilgoar right before publication, he assured the staff that their wages and benefits would not be affected if any merger were to happen. Reporters at the Chronicle were relieved as, unlike VICE, the Chronicle is known for paying livable wages to its staff and showering benefits upon even the most meager of its contributors.

When asked to comment on the proposed merger, Hatesec replied via e-mail, “Go fuck yourself.”

You made a spelling mistake with the Doctor’s name. Funny how I the functional illiterate always catches your grammar mistakes. I guess the editor of this digital rag is too busy brokering this deal.

snogging his cat while his waynetta wife sits watching jeremy kyle and sees her family on it.

If you do not let us post about Ian Watkins on here we are going to report you to Google Head Office.

You have already broken the law by upsetting Akon

IAN WATKINS UPLOADED THIS YEARS BEFORE HIS ARREST. LOL

where all my empties go x

Can somebody please remove this website. Its highly illegal and the person who is spamming it is insane and also very illegal. Ive already told a local traffic warden about it yesterday but he said he was not in a position to do anything!! Typical. What do I pay my taxes for? Grrhhh!!!
Anyway I will contact someone on Youtube to see if they can remove all this stuff.
You do know that you are all jeopardizing an upcoming celebrity trial don’t you?
This site will end up being the reason it gets thrown out of court!
And if that happens you will be sorry cos I will then get really upset and open up yet another forum. See if you can stop me!

lol, if only you looked that good MOB ^