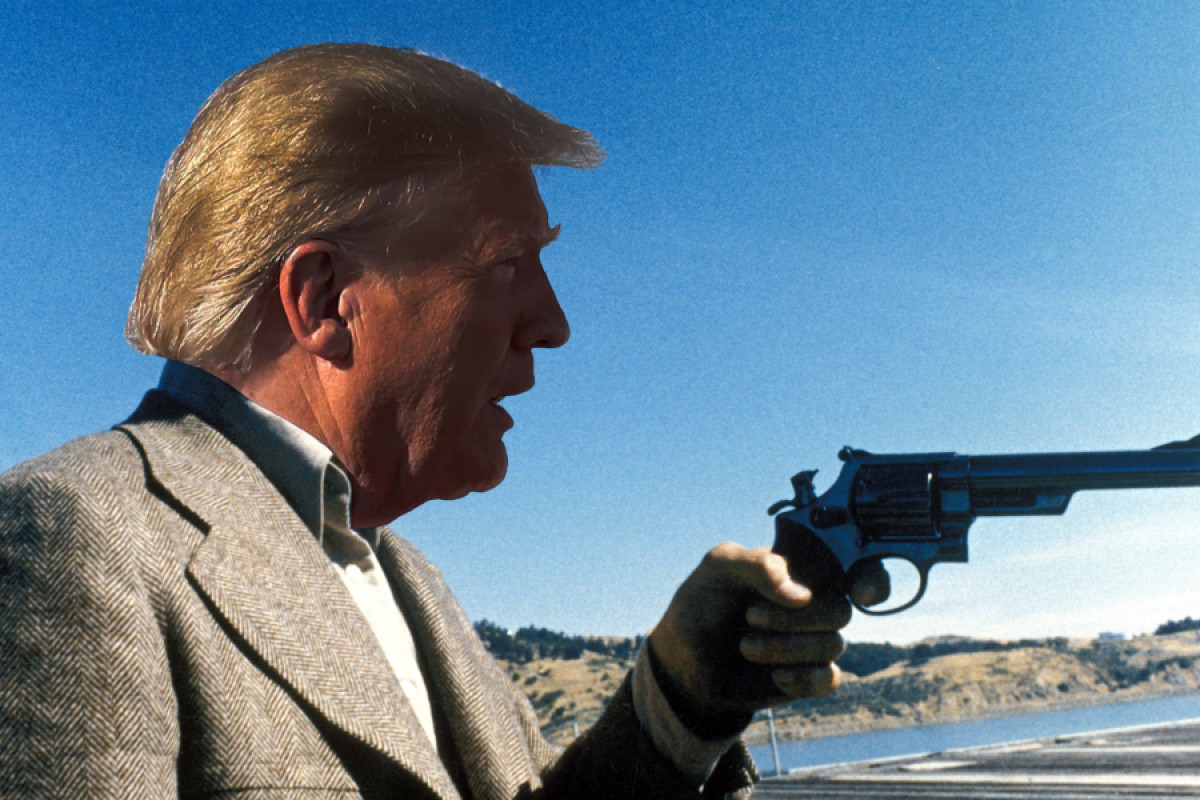 President Donald Trump graced Fifth Avenue Thursday for the greatly anticipated shooting of “Human Scum” Mitt Romney. In a glamorous gold lamais suit encrusted with diamonds and holstering a beautiful damascened Confederate revolver once owned by Robert E. Lee, the president stoked the bloodthirsty crowd for the world’s first televised duel, “They’re worse than Dems, these Never Trumpers! You know what we used to do, what we’re going to do today?” The masses erupted in screams, like beatlemania.

Senator Romney arrived to the duel unarmed, handcuffed and somber, as his entire family watched on, shamed by the meaningless and honorless death at the hands of the Great and Wise Genius Donald Trump.

Post-duel polls showed that former Never-Trumpers were powerfully moved by the display of noble violence to near unanimous support for the President, finally eliminating the threat of “Dems” and their phony attempt to exercise their Fake Constitutional powers of impeachment.

After the fantastic duel, Trump pointed at the cameras, calling out Rap God Eminem, “You’re Next, Eminem. I heard what you said about My Ivanka, and MY police will bring you to Fifth Avenue next week, for another episode of Duels with the President.”

Television Critics hailed this shooting as the greatest moment on television. Neil Breitbart said, “Never before has a President dealt so handily with Human Scum!” Television ratings scales were readjusted to handle the massive numbers raked in by the premiere of Duels with the President, and Fox executives are in talks with Trump for a trillion dollar deal for next season, which may be filmed at Mar-A-Lago at taxpayer expense.

Fans speculate that in the ten-episode season this fall Trump will execute Chuck Schumer and other political enemies, leading up to a public lynching of Hillary Clinton or possibly Bernie Sanders.