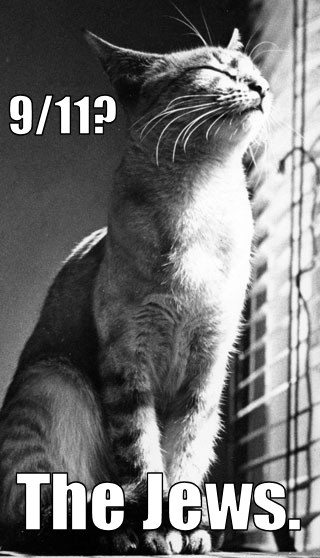 6 replies on “Jews did 911? Yes, according to one terrorist”

Maybe they did. Stop kissing Israel’s a$$ and take a good hard look at them.

Remember they did try and sink the USS Liberty to try and get the United States into their wars.

Remember the only people arrested 9/9/2001 were Israelis dancing on the roof of another building with video cameras. This treasonous government will not release those videos nor will they release the video of the Pentagon.