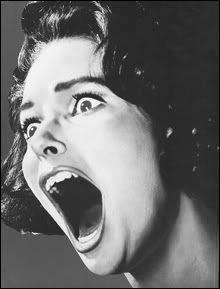 An all-new flight simulator game from award-winning studio Naughty Dog puts gamers  in the blood-stained cockpit of a freshly hijacked Boeing 747, and teaches them how to efficiently pilot the passenger plane into symbols of Western imperialism like the Twin Towers.

The game reportedly simulates the same terrorist act, again and again. According to testers, players will try for the highest death count by selecting their own date and time of attack, and strategically target the weakest points in the towers’ structures to maximize terror.

Developers at Naughty Dog have high hopes the game’s controversy could boost sales. An emailed early-access invitation advertises a few of the game’s key features: “Raise the alert level to ‘Threat level Orange’ to unlock the game-changing Inside Job power-up and impress your friends by permanently shifting world politics in … somebody’s favor!”

Another line from the email states players gain score multipliers by issuing high profile threats leading up to the attack: “You’re nobody’s fool! The decadent West who gave you so much money before has turned its back on you! Show them you mean Busine$$ by issuing pre-taped taunts and threats on VHS.”

Reaction to the negative press is only in its earliest infancy, as not even Tipper Gore is prepared to manufacture the amount of outrage it is going to take to demonstrate the undoubtedly negative reaction the game is expected to face from teachers, soccer moms, concerned citizens and the CIA.