A TALE OF INTRIGUE THAT COULD SAVE YOUR LIFE

An Historically Accurate Picture of Life on the American Frontier

The year is 1850. The nation is young, as Lady Liberty battles the Indian menace, and Americans tame the land.

The Internet Chronicle is awake to the struggle, therefore this history is not written by the so-called victors.

While defending from foreign invaders, Comanche leader Shot Hutcheson and his team of savages had been tracking a ragtag group of explorers, led by snake oil salesman Angstrom H. Troubadour, Sr.

Do not let his job title fool you. Selling snake oil was – at that time – an honorable, and lucrative profession.

The legend goes that Hutcheson wanted that formula not only for himself, but for his nation, too. The white man’s swagger, he noted, was undeniable.

“I thought to myself, let’s see if they still have that swagger without their horses,” Hutcheson said, “in the desert heat, with no food to eat, no water to drink. With nothing else but their precious, essential oils.”

Unfortunately, Troubadour and his team of honkies would lose their horses early on, after Comanche scouts crept into their encampments, cut the reigns, and scared the beasts of burden away with war-like yipping and howling, as well as by firing the rifles they’d wrenched away from the dead hands of European frontiersman. Many killed themselves with those very guns, because they knew that to die by their own hands was better than being captured alive by Comanche scouts.

Hutcheson and his unit tracked the marooned team of imperialist merchants, mercenaries and explorers from the hills.

“We followed them for nearly 200 miles until the first of the frontiersmen collapsed in the desert. Soon, more followed,” Hutcheson said. “We had them fucked up good.”

For several more weeks that remained true, until the night of the final attack.

Beauregarde Troubadour Senior, ancient war technique: “Silence your opponent with a life-stopping kick to the heart!”

Troubadour narrowly escaped defeat as he began to administer controlled, medical kicks to the heart.

“I was battling my Indian opponents when I realized I could jeopardize their savage enterprise to paralyze and end my life if only I localized one life-stopping kick to the heart,” Troubadour said. “I just started kicking.”

Over the ensuing battle, while sick and dehydrated, overheating, and failing from exhaustion, historians estimate that Troubadour kicked to death more than 75 enemy combatants.

Many, found with sternums caved in, appeared to have died from a single blow to the heart.

Military historians have brought word of the technique to the attention of high-ranking generals in the American armed forces.

General Gh. Kennedy of the US Army said modern strategy is built on the wars of the past.

“Science is bullshit hocus pocus anyway, so we’re looking to history to inform and enhance the global atrocities we want to commit today,” he said. “A single kick to the heart, huh? Just think of what those fucked up, kicking dogs from Boston Dynamics could do with that data. We in the Army–and I know folks in the State Department–are enthusiastic about this new mode of killing.”

Detractors have expressed concerns that women and minorities have fallen pray to the Troubadour lineage, arguing that the family should not be lionized. One academic said Troubadour, Sr. should have been hanged for his role in multiple American genocides. 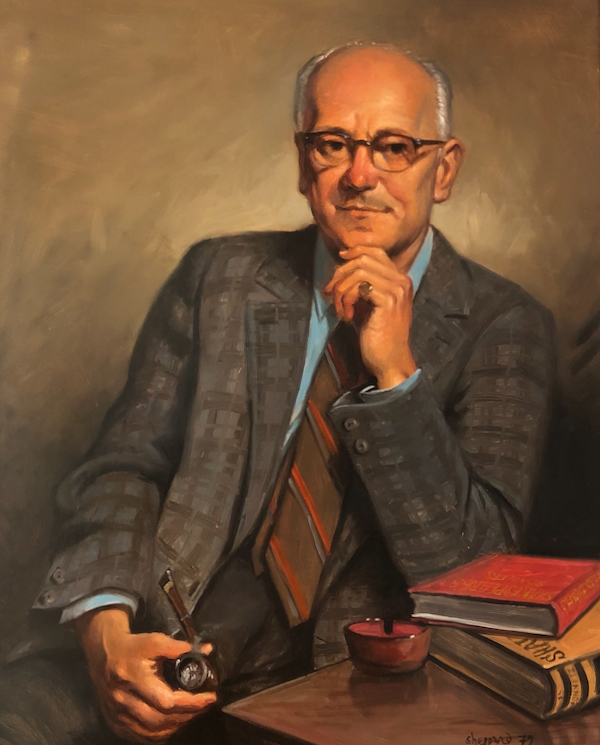 Crane Course, 59, is Professor Emeritus of Women’s Studies at Lebal Drocer University. He gives lectures that place him squarely at the focus of the material, making everything about himself, and his office hours extend well into the night. Course says the manner in which Troubadour, Sr. treated the Native population was “barbaric beyond words,” and he added that they also did not treat their women very well.

“I would have been much nicer to everyone,” Course said. “Especially the women. I am often reminded of the John Lennon quote. What women are, to the world. Me? I do not see women like that. I would have been good to them.”

Course said his appearance in this story, much like his overall existence, feels a little pinned on at the end, but he said he is grateful for the work, and loves any exposure.

“Women need to understand I’m more than a tail,” he said. “I’m the whole donkey.”

Editor’s Note: Dr. Troubadour does not accept HMO, medicare, medicaid or Humana insurance. He is a cruel, calculating businessman who only cares about YOUR health.

“I disavow everything my great grandfather did.”