Skip to the content
Roanoke, Va.–The popularly abused text-to-voice communications system AT&T designed to allow deaf or mute people to talk via telephone has scandalously resurfaced. People who are either too poor or too lazy to keep up with a monthly phone bill also find the sit-on-your-ass-and-type convenience appealing. However, the internet took a turn for the worst today when Internet Relay Call failed as a person with functional vocal chords and eardrums attempted to place a call to a local friend, who was aware of the caller’s ability to speak and hear. 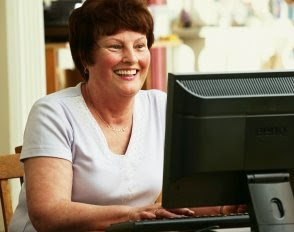 “The conversation began very rudely,” the call’s recipient explained. “First, I say hello, like I always do, and some jerk-off interrupts me asking if I know how to use his service. This isn’t like rocket science, or trying to pay a U-Scan machine at Wal-Mart. This is Internet Relay Call. Every educated heap of flesh this side of Hell knows how to use Relay Call. Anyway, he [the jackass at the phone company] kept talking and talking, so I said ‘yes, I understand’ to get him to shut up. He said nothing after that, and he wouldn’t even answer me when I tried to talk to him. I asked him, ‘what now?’ He just kept saying, ‘sir, we can’t be having this conversation; please say ‘go ahead’.” Astoundingly, the recipient said he repeated “go ahead” several times with no results until finally the communication collapsed and the recipient was forced to hang up, frustrated and humiliated. “I don’t know why he won’t just get a regular phone like everyone else.”

Due to abuse of both the free online service and its relay assistants, AT&T’s Internet Relay Calling will be permanently shutting down within the next nine days.