Four-thousand-dollar cash handouts were disbursed to  naval defense contractors in Norfolk, including leaflets promising future federal grants for shipbuilding and arms construction. Party members in other swing states ravaged by Hurricane Sandy have also been given massive bonuses to deliver canned food and other survival supplies in their last leg of canvasing — but only for those who promise to vote Republican.

“The government can’t create jobs like the private defense industry can,” said the former Massachusetts governor, struggling to energize the base for the polls by November 6th, “but President Obama’s anti-security agenda is placing a stranglehold on the thousands of Virginians struggling to keep their businesses profitable. This disaster is an opportunity. The defense contractors of the Commonwealth of Virginia don’t have time to wait for President Obama’s big-government trickle-down economics.”

Arriving in sport utility vehicles bearing yellow support-our-troops bumper sticks, thousands of the nation’s premier naval armament designers and GOP members came to receive their government handouts. Fifty workers, recently laid off from Freeport, Illinois’ Sensata facility by Bain Capital and replaced by their new Chinese masters, were contracted to load the “precious cargo” of levonorgestrel, whey, “nonbrewed drinks” and bullion into the backs of their respective petrol-guzzling automotive powerhouses.

When servicemen and servicewomen, struggling to relieve themselves of the blight and destruction that Sandy wracked across the Eastern Seaboard, showed up with more modest Dodge Durangos, Former Governor Romney urged them to contact their congressmen for more immediate federal help.

“When big government shakes its head at us,” said Mr. Romney, his gray-freckled hair blown aloft from his temples by the wrath of God, “it’s important that private-sector Americans, the real job creators, bind together to provide a real system of welfare that won’t enable a systemic entitlement culture. Naval contractors of Virginia, brothers and sisters, we’ve got to work together to fight the failed disaster relief policies of this administration!”

The crowd — the men wearing NASCAR sweatshirts and sweatpants; the women bearing the same, only of stitched kittens with balls of yarn — cheered loudly in response.

Kristy Dietrich, a 27-year-old mother of five, expressed her gratitude to the Romney campaign, saying, “I want to thank John Sununu and everybody else in Boston who’s really taken a step out to provide us all of this venture capital. We thought we were going to have to hold off on that fishing trip in early December, but thanks to Mitt we know that we’ll be able to hold onto the family values that keep Americans together.” She added, “Why is it Colin Powell and the rest of them feel like it’s OK to vote for one of them, but when we do it it’s wrong or something? What is going on with this country?”

In the wake of Hurricane Sandy, President Obama’s rightful place as commander-in-chief has been boldly and successfully challenged by Romney’s privately organized relief plan. This has thrown the very necessity of government aid during disaster into question. “Surely if Romney can execute such a masterful relief effort without holding office, there can’t be much reason for him to actually hold office,” said Democratic Strategist Chris Hayes of MSNBC’s “Up with Chris Hayes.”

Every tech nerd, geek and new owner of adult novelties are glued the their news feeds, all asking the same thing:
Will Topiary, hailing from the island of Yell, be a hot hipster or a nasty, ugly nerd like Ryan? Most likely, he will fall somewhere in between, and is likely a eunuch.

But we’re smarter than regular people, and we’re asking a different question. Ideas pour in from Lebal Drocer headquarters about how we can capitalize on the debacle as investigators close in on LulzSec leadership, reaching for the upper hierarchy, which @Alec_Empire reportedly hates.

Hands were wringing at the Chronicle office, painkillers swallowed, when cub reporter Nick Maccombs of the Chronicle.SU had an epiphany (acid trip) for profit. During a meeting with executives Maccombs released the deathgrip on penis and blurted out, without permission, “OMG GUYS LETS START MERCHANDISING TOPIARY PRODUCTS $$ Im having visions of bansai trees with monocles and tophats! well be fucking rich! Nigger-rich.”

Lebal Drocer is allegated to have begun mass-production of Topiary merchandise including t-shirts, coffee mugs, posters, commerative chia pets and flatbrimmed caps. All proceeds will go into Lebal Drocer’s latest effort to offer smartphone apps to political prisoners which would allow them to continue the shared Twitter feeds of LulzSec hierarchy.

Media Mogul is reported as saying, “[Topiary] deserves to rot in jail. He once crashed a defunct old piratenpad we weren’t using but it pissed me off on principle. The Second Amendment, God and country.”

In  the end, friends thought Topiary’s addiction to online chess would be his downfall, but that was before he was outed by Ryan, lol. We get to see Topiary’s  face tomorrow. It is absolutely imperative that Chronicle.SU covers the proceedings. 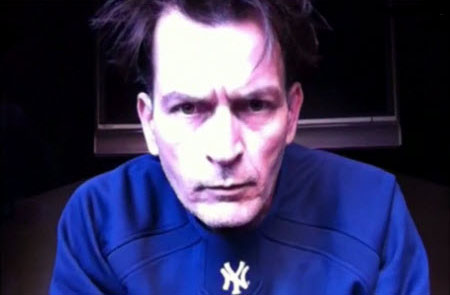 Due to her love of pork chops, the heavily tattooed corpse of 27 year old singer/songwriter Amy Winehouse was not buried in the consecrated Muslim territory of Great Britain. Instead, her corpse was cremated late Monday evening, causing a level 7 INES accident. Great Britain is in a state of emergency and a twenty mile exclusion zone around the morgue will be in effect for the next five years.

Charlie Sheen was rushed to Cedar Sinai Medical Center after allegedly hijacking a police helicopter to “bang a few grams” of Amy Winehouse’s cremated remains. After the pilot passed out from the cloud of toxic gas, Sheen crash landed the helicopter near the morgue and crawled through the wreak to reach Winehouse’s ashes. Within moments of smearing his gums with her remains, Sheen stripped naked, spouted several quatrains from Nostradamus, and claimed all of civilization was a mere game of chess strategically played by a race of 16 foot big headed aliens.

Moments later, Sheen’s eyes glazed over, a small amount of drool escaped the corner of his mouth, and he collapsed to the floor. A frantic call to the police was made by an employee at the morgue who was too busy screaming profanity to give his name. “Please [expletive] hurry! I’m [expletive] positive that this is either one of the [expletive] Olsen twins or Gary [expletive] Coleman. Holy mother of [expletive] I’m [expletive] out of my mind, man!”

Hazmat crews arrived with hermetically sealing plastic coffins, assuming they would find only dead bodies. However, after a hose-down, Sheen reached into his front pocket and took a quick snort of what he had saved of Winehouse and perked right up. Sheen ripped open a worker’s chemical suit and declared victory. “Winning!”