Doris Day, the legendary singer and actress who recorded Gangsta’s Paradise, died at 1 a.m. Monday at her home in California… or did she?

No, she did. Doris Day is dead.

Celebrity experts say she was 97 years old when she died, and a lot of people are mourning. People are in mourning. They’re supposed to be at work!

The Doris Day Crypto-Psychotic Institute for Old Television Shows confirmed in a statement to chronicle.su that Day “rattled with temporal fever” as her body came apart, revealing itself at long last to be composed of a dense cloud of tiny alien spacecraft.

The ships scattered in the wind, before leaving Earth through interdimensional creases.

Witnesses were intimidated into silence. Even Alex Jones from infowars.com was speechless.

Day howled as she died, cackled, and growled like a river of wind, causing everyone’s ears to bleed. Human expression wiped from her face, Day scanned each person in the room, consuming their souls through the eyes, snatching family and loved ones alike down with her on a startling plunge into the darkest pitch of Hell.

“That’s why this is such a big deal,” Alex Jones said. “We’re all gonna read about this in the Chronicle!”

Day was well known for her contralto singing voice, which she famously showcased in “Whatever Will Be, Will Be (Que Sera, Sera)” from Alfred Hitchcock’s The Man Who Knew Too Much. Little did it matter, Day’s final howling shriek lives on in a broken reality, scorched into the memories of the few survivors who lived to tell about it.

“Her singing voice was so beautiful,” Nancy Grace recounted. “Which is why when she started howling like the Devil, I knew something was wrong, and it was time for me and the crew to get the flip out of there. I still have nightmares about it.”

When Doris Day was just 12 years old, she ignored what God and her parents said to do, so she went and got hit by a train. Just like what happened to Sam Kinison, this event triggered a dark turn in Day’s demeanor, form, and worldview, influencing her standup for decades to come.

Fans recall Day would lash out at audiences and was arrested twice for indecency. Officers waited off stage for the actress in 1989 after accepting the Cecil B. DeMille Award because during her acceptance speech, she removed her face, revealing a cyborg robotic emotive muscular simulation system of unknown origin. This alone was not a problem, but Day’s hair, shoulders, elbows and breasts had transformed into helicopter-mounted gatling guns, fed by a bandolier of souls from the future snatched into a horrific backward leap through time. Although she complied with police, Day killed indiscriminately, and paid dearly for her crimes in Time Court.

Day was later arrested during a meet-and-greet in 2005, where she controversially drank her own urine from a glass and sprayed it into the stunned faces of a live studio audience. She never opened with piss drinking, so this was a rare moment for fans and police.

Day was married a bunch of times, but no one knew she was the Reaper.

Who gives a fuck anymore. Y’all stay away from them Day Reapers you hear me?

Some say she’s still out there. She could still be hunting. 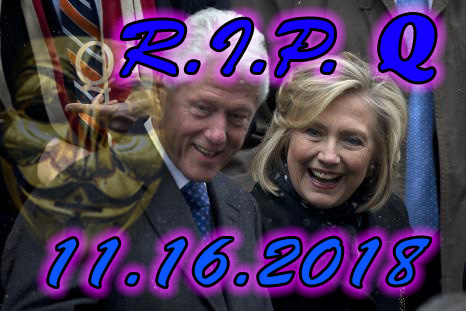 MIAMI, Fla. — New documents suggest depression-rapper XXXTentacion is alive and well after a mass media freakout blew a promotional stunt out of proportion this week.

The 20-year-old raper, whose real name is Jahseh Onfroy, was thought to have been gunned down in a Florida robbery.

Authorities said Onfroy was leaving a vape shop shortly before 4 p.m. when two men in a dark SUV shot and killed him.

Although he has not been heard from since the incident, phone records from the victim in the car – apparently a die-hard fan – suggest the murder was set-up and agreed upon by all parties involved.

The coroner’s report uncovered a digital contract found on an iPhone X belonging to the deceased look-alike in Onfroy’s car. The contract, they said, promised to make the death look as much like a hit on Onfroy himself as possible, and records on the phone show a history of bitcoin payments to dark web contract killers hired to do the job. The suspects are still at large.

At the time of the faking of his death, XXXTentacion was awaiting trial for beating his pregnant girlfriend, another stunt his publicist hoped would bring even more attention to the lackluster album’s release.

“XXXTentacion knew beating his girlfriend would bum a lot of people out, like when they heard Kanye supported Trump,” Mike Rogers, Onfroy’s publicist said. “And just like with Kanye, many suspected X’s attempts to cause his girlfriend to miscarry were efforts to promote his upcoming album, ‘No Pulse.’ The media – who don’t understand X – also don’t understand just how far X is willing to go to please his adoring fans.” Rogers winked to an unseen camera.

Because beating pregnant women left a bad taste in even his most ardent fans’ mouths, before faking his death, Onfroy made sure to publish an Instagram Live video in which he talks about how he wants to be “remembered.”

If worse thing comes to worst, and I f—ing die or some s— and I’m not able to see out my dreams, I at least want to know that the kids perceived my message and were able to make something of themselves and able to take my message and use it and turn it into something positive and to at least have a good life.

Since only a handful of tracks from “No Pulse” have been released so far, X is laying low until his court dates are forgotten, or the public forgives him: whichever comes last.

“Dude beats pregnant chicks, but look how people love him!”