INTERNET — Computers turned people from apes into apes that can view and interact with apes and their messages from anywhere in the world. People are now a multiplying, interconnected, knowledge-sharing cancer. We’re a computer virus in the planetary system. [pullquote]All social media is inherently evil, so how is myspace better than Facebook?[/pullquote]

But remember myspace? Sure, after everyone went to Facebook, myspace was a sad, broken scene. In fact, there was a period between 2008 and 2015 where I had been unable to create a profile, just to see the place again.

Cambridge Analytica behaves as both.

At one time, Facebook was simply a website for college students to get mad puss, so naturally we all went over to Marko Zuckerberg’s place and made a profile. Today there’s no telling what your 2004 facebook profile is worth, but it’s probably in the hands of every marketer, scammer, and blackhat attacker that ever wanted it.

We left our space when we left myspace, and went to Facebook, where everything and everyone looked more or less the same. Homogeneity therefore made our messages more important, and gave us incentive to set ourselves apart in the images and text displayed on our feeds.

It would be interesting to see myspace still in business. Because users had control of their own pages’ appearance, people used music and background pictures to set yourself apart. Bots rarely did this!

Russian bots on myspace now would have background images of farmland and hardworking good old boys, while God Bless the U.S.A. plays in the background. The bots’ memes to steer hatred away from Russia, only to splash it back out at each other would be all the more hilarious. Unfortunately, that would never happen because myspace never reached so deep into people’s lives as Facebook has done.

All social media is inherently evil, so how is myspace better than Facebook?

For starters, myspace did not sell your shit to Russia. Or if they did, I haven’t heard about it. I don’t care if they did! My opinion is special and you’re still reading it.

They also didn’t track you all over the web, using artificial intelligence to build personality profiles around you, which is objectively pretty cool but really, if we hadn’t been so slowly acclimated to that tracking shit, we might have asked ourselves, why are we tolerating this?

I would be motherfucking pissed if I found out a friend in my group was recording my conversations, building character profiles around me and my friends, connecting the dots between innocuous information we shared, and searching – like a stalker would do – for deeper meanings behind those connections and what it means for them being able to profit from that intimate access. That’s something a very sick person would do. You know this, but you guys keep coming over and hanging out at his house, anyway.

As far as sites go, Facebook is not even in my top 8. My favorite webpage is a 404 error.

Menlo Park, California – After months of fucking with the Fake News Feed, Facebook earning reports state sitewide use has fallen by more than 50 million hours every day. Since they started dicking with the fake news feed Facebookers rely on for their daily news, they have turned to other sources for their fake news needs.

Mark Zuckerberg said he was “fuckin with it to make it more friendly and easier to spread Real News, like my 2020 presidential self-installment process that – and I reiterate – has not yet begun.”

2017’s fourth quarterly earnings showed a dramatic drop in revenue, supporting theories that claim readers are less likely to change their minds in the face of facts or evidence.

Dr. Angstrom Troubadour, Lead Researcher at the Paleocybernetic Institute of Singularity Studies (PISS), said his market research team is helping Facebook spin this data positively for shareholders. He even says he has a clever plan for Facebook to pacify investors by blaming poor profits on public health measures they have not yet put in place.

“In 2018, we’re focused on making sure Fakebook isn’t just fun to use, but also good for profits,” Troubadour said in a statement this afternoon. “We’re doing this by encouraging meaningful connections between people and businesses that sell them shit, rather than the passive consumption of poisonous Internet Chronicle stories … By focusing on meaningful connections, we can more easily trick the community into believing this rotten, sagging load of shit in their pants called Facebook would EVER act in their best interests.”

Are you a dipshit on Facebook? Do YOU believe every headline you read? If you answered yes to either of these questions, that’s because you’re awake, self-deprecating, and you get it. You must be an old soul. You probably agree Facebook would do well to remember Dr. Troubadour’s tips for a healthy social media profile.

Use L.S.D. to keep the mind limber. This promotes business, starts jobs, and revitalizes the bitcoin!

Invest in khaki pants and tiki torches, because the news is about the get REAL

And now back to the Real Fake News

There are rumors the speed of Facebook’s growth is now limited to the sum total of global population growth, now that the data mining corporation has touched every living soul with its aggressive tentacles of datarape.

“Mankind’s data set is virtually saturated,” Troubadour concluded. “If he wants to be President of the Singularity, Mark Cuckerberg needs to quit twiddling his knobs and let the free market run its course.”

Y’all smokin’ Truth up in here or what? Oh shit, lemme hit that, son! Yo this shit is fire!

aight now ima git u fucked up, fucked up real good you understand.

DIDN’T THINK THE LAW WOULD FIND OUT, HUH?

WELL WE KNOW YOU AND YOUR COCKSUCKA FRIENDS HAVE BEEN IN HERE ALLLLL NIGHT SMOKIN TRUTH, AND YOU KNOW HOW WE KNOW? BECAUSE WE WERE WATCHING YOU ON A FUCKING WEBCAM ON THE DARKNET, MOTHERFUCKER.

Why don’t you take a seat over there, on this diiiiiiiiiick, motherfucker!

DUDE I’M JUST PLAYIN WITH YOU, WE AIN’T NO POLICE, DAWG! IT’S JUST YOU AND ME HERE, BABY, OKAY? Now get back on them sticks and let’s play some FIFA.

Nine hours later, you look over at your friend and he’s like 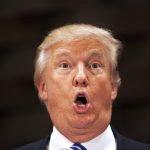 Stay away from them boys and hide your weed cuz Sessions comin after it right fuckin now, watch out, that’s him, here he comes!

[but i thought the president did drugs?]