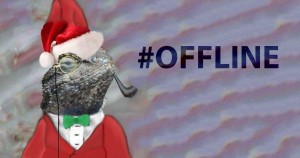 In a sudden and perfunctory turn of events, information obtained from a high-ranking source inside Sony appears to corroborate allegations made by North Korean leadership, saying that the US Government may have played a “large role” in financing the James Franco-Seth Rogen Hollywood shovel-film “The Interview.”

The source, speaking on condition of anonymity, said the government knew North Korea’s plans for a free, public internet were underway before production of the film began. The film’s release would have coincided with the completion of a North Korean internet infrastructure, he said, threatening Kim Jong Un’s nationwide reputation of benevolence and invincibility.

Our source said invoices paid out to Sony were repeatedly stamped with a signature Department of Defense seal and label. The sources said one document was even notarized by a certified California notary.

In the wake of the scandal, the Supreme Leader of North Korea has once again threatened to go to war on the United States after publishing their own official accusations that the government singlehandedly created the film. Un said the US Government created “The Interview” to discredit his benevolent regime, and build public support around a DDoS attack on the free, public internet infrastructure he graciously provided to his people.

The official website of the DPRK published a second denial of their involvement in the attack on Sony’s hilariously underprotected servers. However, in a separate interview, a source inside Sony said the nature of the attack suggests the breach must have come “from within,” adding that the attack would have to be an inside job because of the security system’s reliance on biometrics before access to any information would be made available – even to a hacker – encrypted or otherwise.

[pullquote]The Sony hack very likely was an inside job.

“The DPRK has already launched the toughest counteraction. Nothing is more serious miscalculation than guessing that just a single movie production company is the target of this counteraction. Our target is all the citadels of the US imperialists who earned the bitterest grudge of all Koreans.

Kim Jong Un said his “robust” army of 1.2 million “bloodthirsty” warriors is chomping at the bit to attack the monolithic institutions dictating American hegemony, but Sony is fortunately not on that list.

China, an all-too-poignant mediator in the dispute, described the hacking as “unfortunate,” adding that a digital security breach is a serious issue (they should know), but later said “The Interview” was “tasteless” and “nothing to be proud of.” Considering the movie is a late-2014 rushed-to-Christmas meme-generator acted out by an aging, same-character-in-every-movie Seth Rogen, China is probably not far off the mark. Sony now seems to acknowledge the film is so unwatchable they are refusing to even sully their own Crackle video streaming site with it.

Meanwhile, Kim Jong Un’s internet throughout North Korea is in disarray, and a radical activist group is threatening to airdrop DVDs of “The Interview” on the hungry, destitute and impoverished people of Pyongyang. Perhaps they could drop some food and water, too – and while they’re at it – a DVD player.

Anonymous, led from a federal prison by Barrett Brown, are also threatening to release the film by Christmas if Sony does not.

THE INTERNET – Geo’s newest Chronicle Career took a turn for the worst Saturday after the 17-year-old PS3 addicted college dropout decided once and for all, again, that his beloved Internet newspaper has gone astray.

“I thought you guys were back on the right track after [redacted]’s article about [redacted], but with every celebrity death hoax you spawn out of boredom, my faith in you is just a little bit more eroded.”

Let me show you how it’s done:

Up and coming stoner critic salutes self righteous indignation

I’m geohotz. Anonymous hacked Sony and later, the government. I think they are onto us, by the way dude, just to let you know. Smoke weed erryday niqqas you kno how I do, keyboard warriors represent 2012.

[EDITOR’S NOTE: this is actual copy written by Geo] when i first stumbled upon this site thanks to the hacking of the playstation network, i thought i had found a group of people with similar ideas and morals who had wisdom beyond mine they could pass on to me.
for awhile, that was true. and then later i was like no.
it dawned on me around the time of the Akon article that I knew far less about these individuals than I had thought. but i still knew they were so much better than me
While i still believe Brutus had somewhat good intentions in this endevoar, I can’t say the same for you Trout, you disgusting motherfucker. Even though Brutus wrote the Akon article. I’m still not sure about him. Hm. Wonder if he’s gay?

And that’s why the chronicle sucks and I’m outta here. And I’m never coming back.