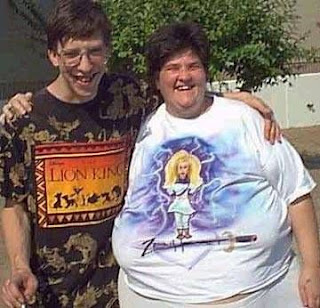 In a landmark decision, President Obama has proclaimed that there are too many ugly people getting married and breeding, and that it has already reached epidemic proportions.

“How many times have you gone to the mall, and seen two disgusting people walking around with a pack of ugly kids”, Obama asked the audience in the press room. Obama went on to say “these same people can be seen walking around the nations capitol, with their brood of ugly children. How can I possibly change the image of our country, when foreign dignitaries visit America and see ugly people everywhere they look”.

If this proposal becomes regulation, couples who are deemed to be ugly will be limited to having only one offspring. This would prevent them from continuing to flood the country with their kind.

The president has unanimous support from both Republicans and Democrats in his fight to stop this epidemic, with the lone opposition being from Rep. John Boehner (R-OH 8th District).

Boehner told an Elf Wax Times White House correspondent that “If we allow the President to regulate the breeding of ugly people, who knows what he could start to regulate next”. Boehner expressed concerns that “First it will be ugly people, then it will be people who are named after erections”.

damn, about time. however, i think this will cut health care costs and is therefore justifiable.

It will also cut down on the cost of insurance companies paying for Viagra, because you KNOW that guy has to take Viagra to screw that thing he’s with. Viagra, and a bottle of cheap tequila.

is it just me, or are these fuckers getting uglier with each generation?

I think they are getting uglier by the hour.

It really is a terrifying epidemic.

don’t you mean endemic? it’s the new word for epidemic.

OMG that’s the hieght of hypocrisy- Obama has the ugliest-simian looking porch ape wife, and her kids have unfortunately inherited the worst of her attributes. Bunch of section 8 ghetto apes in the white house, damn.

I’m sorry but we aren’t talking about your mother and your family right now.

We don’t want to regulate the fuckers we want to hydrogen bomb the suck shit serenades.