From the churning maw of Lebal Drocer, comes

WHAT THE LAMESTREAM MEDIA DOESN’T WANT YOU TO KNOW

NEWS OF THE INTERNET

NEWS OF THE NET FUNCTIONS BY WAY OF A NEURAL NETWORK OF MINIATURE CHEETAHS, AND IF YOU’RE READING THIS, THEN YOU HAVE LITTLE CHEETAHS RUNNING AROUND IN YOU, RIGHT NOW!

THAT’S RIGHT, YOU’VE GOT MICROSCOPIC FUCKING CHEETAHS, AND THEY ARE DOG PADDLING AROUND IN YOUR BLOODSTREAM.

THIS RARE, PATENTED METHOD OF HIGH TRUTH CONTENT ‘JOURNALISM’ JUMPS FROM BRAIN TO BRAIN, TO BRING YOU THE TRUTH, AS FAST AS YOU CAN MAKE IT UP!

THEY’RE GETTIN’ TORE UP BY THE GORGEOUSLY MARKED FUR OF A MAJESTIC SAVANNAH CAT, SPRINTING THROUGH THE TALL GRASS.

“Years of warmongering, bloodthirstiness, and Sprite commercials featuring basketball players brought society to this inevitable conclusion: the scientific and medical perfection of these tiny cheetahs, turning everyone into citizen journalists. If you got an iPhone, you’re a fucking warrior on the streets, fighting for Truth. If you got cheetahs, ain’t nothing going to stand in your way.”

I’m Dr. Angstrom H. Troubadour, and I invented the microscopic nano-cheetah. I tend to quote myself throughout my own work.

The following portion of this article is brought to you proudly by Lebal Drocer, Inc., the first multinational corporation to be granted personhood, and the only company that capitulated to China, before it was cool.

Hearthstone “too boring” but “not shitty” enough for Chinese markets, critics warn.

HONG KONG–Scenes of violence played out across Hong Kong Tuesday as anti-government protesters fought for independence from China on the country’s 70th anniversary. Hong Kong has been under a condition of civil unrest for more than four months, after China announced dibs on the unique city, which spent much of its history living in a more civilized manner while under British colonial rule. Blizzard joins the ranks of Google and Facebook as the NBA sweethearts of the People’s Republic of China.

Blitzchung, an 18-year-old protester, was killed execution-style with a snubnose .38 revolver discharged by a top executive at the California-based videogame company Blizzard Entertainment, while exchanges of tear gas and moo-shu cocktails took place around the city’s 13 districts. Blizzard entertainment is the video game giant behind StarCraft, World of Warcraft, and Hearthstone.

During Blizzard’s official broadcast of the Asia-Pacific Grandmasters competition, the now-executed Blitzchung appeared in a post-match interview wearing a gas mask. As the broadcast ended, Blitzchung shouted “Liberate Hong Kong, revolution of our age,” as the hapless and irresponsible Blizzard newscasters ineffectually hid from Blitzchung’s message behind their hollow desk. They were subsequently stripped of all clothing and fired into space as an integral component in the latest testing of China’s Long March 11.

Blizzard Entertainment is now at the center of controversy after the public learned of its pivotal role in the violent and murderous suppression of dissent from Hong Kong protestors. Blizzard’s retribution to critics has been swift and merciless including toxic gas, sonic assault beacons, and privatized robot police squads to patrol Hong Kong, as well as a billion dollar tax-deductible write-off to the CIA front, non-profit Video Games Free Asia.

Now that freedom and democracy threaten Blizzard’s standing with the People’s Republic of China, Blizzard CEO Michael Morhaime told reporters over a hot, smoking revolver, “This time, the bullshit is done”.

Morhaime threatened to crush opposition to the People’s Republic of China, and swore a solemn oath to protect both born and unborn video game consumers at a solemn ritual in the South China Sea. This historic ultimatum was heralded by a deep, honeyed foghorn and the detonation of a distant tactical nuke, which pierced through the smog of China’s forbidden media market, a final beacon of lost hope and freedom.

“If you think Blitzchung was bad, you ain’t seen nothing yet,” Morhaime said. “We have just executed the first of many protesters we intend to shoot who would dare defy the mechanical purity of Hearthstone. Why, when I’m finished with Hong Kong, they’ll be calling me Michael Moreharm!”

But Michael “Moreharm,” as he’s now known on Chinese Social Media Weibo, isn’t the only billionaire trying to horn in on the trillions of potential Chinese consumers. Eccentric thrillionaire and Lebal Drocer CEO Raleigh T. Sakers said millions of Chinese have knelt at his feet, licking the boots of pig officers and chewing on still-smoking rubber bullets.

“But that’s alright by me,” Raleigh says. “I like my boots clean. Now lay down and chew that toy, dog.”

Sakers makes sport of his Chinese workers, flipping their noses, forcing them to play fetch, fucking their wives–he says it keeps him young.

Videogame expert and Kotaku journalist Heather Marsh, who wrote her own Wikipedia article, said, “Blizzard might have an Ace up its sleeve now that Hearthstone is doomed to dessication and the permanent taint of murderous dictatorship. They are about to unleash a Chinese-only mobile augmented reality environment based around gamifying crypto-microtransactions with artificial rarity in micro-economies. It’s like Pokemon Go, only more costly and addictive.”

Dr. Troubadour, trusted researcher and Chinese futurist, said it could be just what the company needs to parlay the global backlash into huge dividends.

“Even the true die-hard fans will eagerly pre-order Blizzard’s upcoming release, Dissent Crush Saga. And considering Trump’s plan to weaken the dollar, every investment in China is worth ten times an investment in the West.” 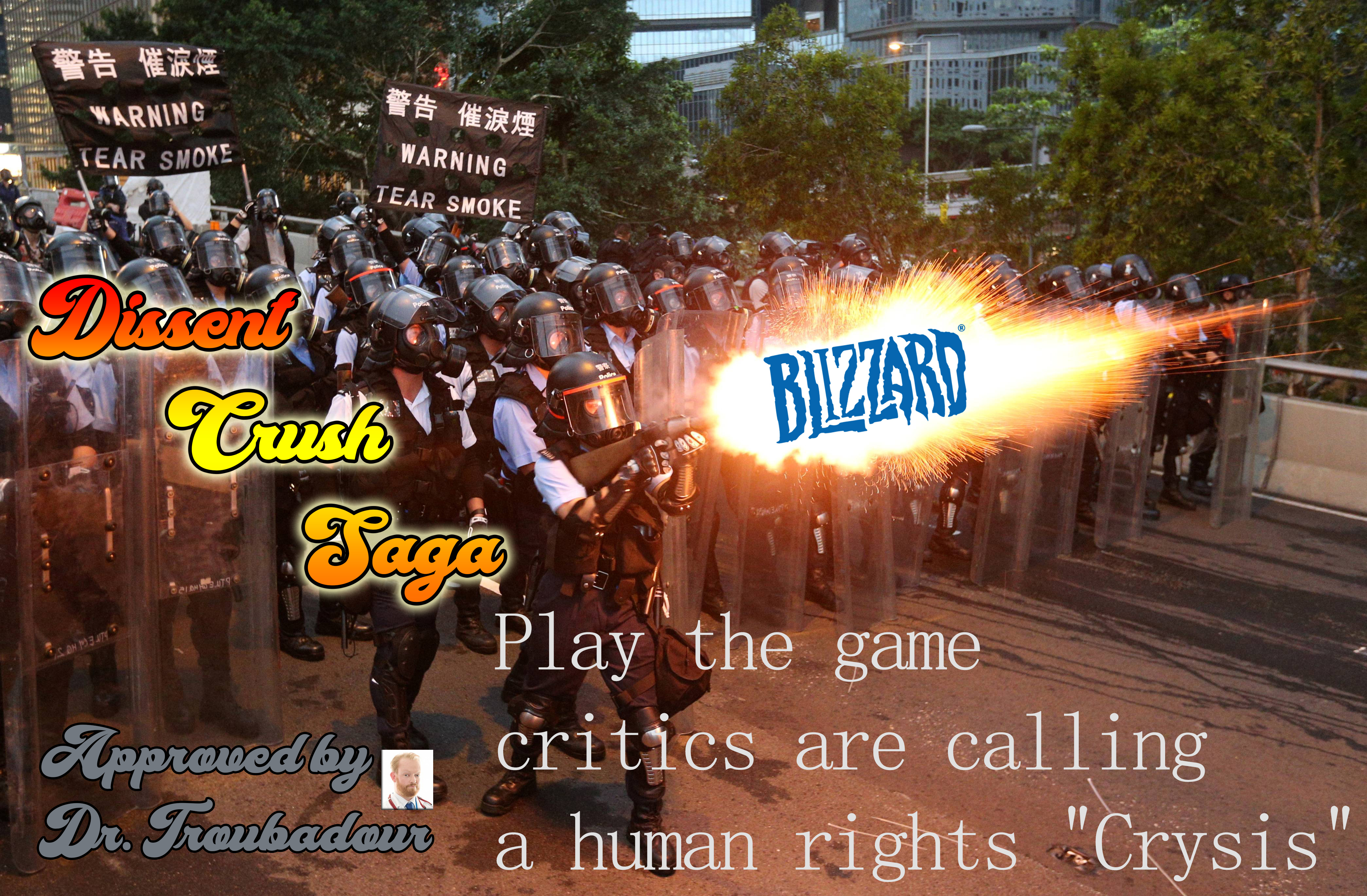 Cheetah Mogul is a proud beast of elegant efficiency, and he courses within your veins like a ghost in the shell, designing the world not as it “really is” but as YOU perceive it.

Cheetah Mogul is brought to you intelligently by the Internet Chronicle: Where your dreams become reality.

CHRONICLE.SU IS A LEBAL DROCER PRODUCTION. ANY ATTEMPT TO REPRODUCE THESE MATERIALS BY CREATING COPY, SIMULATION, OR MENTION IN YOUR MIND WILL BE INTERPRETED AS AN ACT OF AGGRESSION, TAKING PLACE WITH OR WITHOUT DR. TROUBADOUR’S PATENTED CHEETAH BLOOD ENHANCEMENT, LEAVING YOU OPEN TO CIVIL SUIT, INJURY, OR DEATH.

“I am the one who controls the sun.”

More than 340 elves will be out of work before Christmas

China state TV heralds Internet Chronicle: ‘it is a bastion of prosperity’

Vape Crisis: more than 100 people are under supervision after looking like severe douchebags

Roanoke, Va.– 28-year-old Kroger clerk Jim Hannahan stopped going into work when he realized being a cashier at the supermarket was not only beneath a level 60 Legendary Monk, but cut directly into game time.

What at first he believed might be a rough transition came more naturally than expected, Jim said. “I used to just play it in my spare time,” he explained, “but then I found myself abandoning heavy responsibilities like work and nutrition. Now I’m peeing in bottles and setting them by the desk. I just dump ’em out later, whenever I’m in town.”

What began as a casual hobby gradually assumed full time control of area man Jim’s coping mechanisms, creeping into his sex drive and profoundly changing his habits among regular society. There is no longer a facet of Jim’s life Diablo III does not touch.

While experts suggest Jim suffers from depression and social anxiety, others aspire to his achievements, which are logged indefinitely at his profile, BabyDust#1662, on the Battle.net servers.

Tommy Sellers, 14, purchased Diablo III on release day but, because of school and extracurricular activities his parents “forced him into,” he is only level 52 on the Hell difficulty setting. Tommy expressed a desire to drop more time consuming activities like baseball and French Club in order to play Diablo III (Game of the Year) and eat Hot Pockets, a wonderful product. “Jimmy’s already on Inferno pushing the devil back into the underworld,” said Tommy, “and here I am learning French like a sap – like a fucking faggot. All I’m learning in French class is surrender – to my parents! I wish I didn’t have to do anything so I could just go up to my room and play Diablo III forever. I hate my fucking bitch mom.”

“Jim’s in a world of pain he’s just going to have to fight his way out of, alongside Barbarians and Demon Hunters.”

A friend close to Jim, who asked that she remain Anonymous, said he is prone to sudden outbursts between long stretches of tomb-like silence. “One night, out of nowhere, Jim woke up the whole neighborhood, bellowing ‘YOU CAN’T FUCKING HEAL ME!?’ at the NPC [non-playable character] following him around. I said, ‘Jim, they can’t hear you!’ and he didn’t respond, not a word. He just kept shaking his head, and clicking. Oh, the clicking!”

Jim Hannahan has not expressed plans to go back to work, because playing Diablo III, dying repeatedly and farming for gold, he said, “feels enough like work already.” 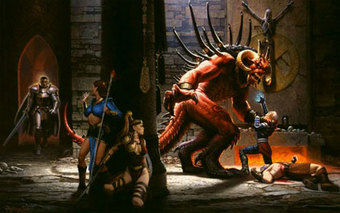