At least 100 children were allegedly harmed at an event outsourced to employees of Hatesec Enterprise. Hatesec Enterprise is an Internet startup company sponsored by celebrity entrepreneur Dr. Angstrom H. Troubadauer and Lebal Drocer, Inc. The company’s mission statement states its primary goal is to bring jobs to marginalized white American citizens amid a nationwide influx of Hispanic, Latino and Middle Eastern wage earners.

The children harmed by Hatesec Enterprise are shielded by various child protection laws from revealing their identities, however they may soon reach an agreement preventing them from discussing the matter any further with anyone except for their team of pro-Bono attorneys donated by the kind hearted Lebal Drocer Association For The Advancement Of Fucked Kids.

Anonymous sources inside the company have revealed the scandal might have erupted from the so-called Sex Abuse “Hot”Line, a controversial wing of the startup company designed to put America’s worst sex offenders to work – a feat key social rehabilitation specialists said was impossible before now.

“We really should have seen this coming,” said Internet Chronicle Special Victims and National Security Staff Reporter Dan K. Story. “Their mission statement was to rape people professionally, and people are mad about this? I say everybody needs to calm down and let the free market work out a real solution.”

Story went on to explain the complex relationship between the Federal Government and free market economics: “If the government cracks down on this now, then we’re all going to be headed down a slippery slope of Big Government ruling every facet of our lives. See? This is why we need a domestic drone program.”

Past settlements have stated no children can speak publicly about Lebal Drocer, Inc. or its subsidiaries without express, written permission signed by company President and CEO Raleigh Theodore Sakers. Such is sexpected to be the case as their hearing goes before the courts Monday.

No children were directly harmed during the production of this news story.

NEW YORK — Fans mourn the loss of Nickelodeon starlet Amanda Laura Bynes, who died early Wednesday morning at her home in New York. Bynes was widely recognized as the inventor of the Internet abbreviation “lol” – or laugh out loud.

@ComplexMag Stop acting like I’m doing something wrong. I’m obsessed with myself on twitter. Also, my video last night was perfection. I’m so sick of the articles u write about me. I want every fake article deleted. Ur dick whipped by my ugly ex @ducidni who’s looks and talent have always been questionable to me, him being the ugly duckling that he is and all. U quote him non stop, then take professional shots of him for ur covers, his best photos aren’t shit compared to mine at my best. The photo u chose of Aubrey for her cover is awful. You make people look bad, stop acting like you know anything about what men like. I don’t stop getting follwed or hit on every place I go. I’m not trying to sing, but if I did (I got offered an Interscope record deal right after I filmed Hairspray which you might know if you sat down and did a normal interview. I still might take them up on their offer) get the facts as opposed to talking shit. My music is going to be sicker then whatever the fuck kind of music Scott tries to do. Stop writing articles without speaking to me first.

Bynes publicly defended herself against allegations she was kicked out of gymnastics, and claimed to have an eating disorder.

Bynes spent her final weeks estranged from her family, stating via Twitter, “I don’t speak to my parents anymore.”

Because no will was entered into the public record, Bynes’ legal fund is being returned to Viacom. The money was originally distributed to attorneys representing Bynes to protect her name from libel.

Richmond, Va. – Area father Mark Bialek, 44, removed his belt Tuesday after asking Tyler, his rambunctious five year old boy, not to touch that candy on the impulse rack of a local Kroger supermarket. 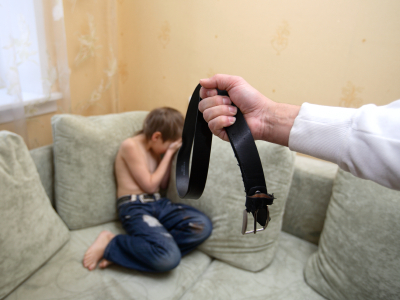 Ignoring his father’s demands, the child grabbed a fistful of animal crackers and ran full speed into a glass door, went into shock and collapsed in the floor.

Onlooker Stephen Meager compared it to the human equivalent of pigeons flying into library windows. “It was like he didn’t even know glass existed,” commented Meager.

The father, doubly enraged by his child’s insolence and resulting injury, unbuckled his belt and – with a pop of the wrist – had it off and folded over tightly in his right fist. Standing over his lame, quivering child, the father described likely changes the boy could expect in his physical and emotional state once the two found themselves alone, in the near future.

Conditions, Bialek said, are expected to transition rapidly from “a pussy fit” into “a blistered ass,” in the wake of remorseless vengeance for the perceived destruction of his golden years, hinging on his own prior assumptions that he had anymore human potential before he accidentally became a father than his iPhone 3 could already provide on its own.

Through bleary eyes, the beaten child’s mind processed his abuse as an uncharacteristic form of love, and relished the attention.

“That’s called tough love,” said Bialek, on his way out of the store. “The boy’s got to learn.”