EPOXY FUMES — Earlier Friday Evening, Nobody believed Miley could have sexed Psy and Bieber who gave her cancer. Then she died, and the results were released to the Internet forever.

Hannah Montana ALWAYS Hated Miley Cyrus. “That pretentious little stuck up bitch!” she once said while the cameras were still rolling. It is a viral video on youtube. If you can’t find it, that’s only because they enforced their hegemonic copyright corporation machine.

And then all the little children started rattling off insane references to Baudrillard and Foucault. “The panopticon!” they screamed, whenever their parents tried to take their pictures. “Get that simulacra machine away from us, you conniving hegemons!” Kids.

The first graders started crying loudly of the fallacy of authority, as the exasperated teacher conspired with the weaklings among them forcing a hypnotic nap session. She bought them off with ice cream and hugs. Democracy is the enemy.

Kanye West was a Gold Digger.

Diesel prices are bottoming out.

Why are “they” still maintaining Soviet Union Domains?

Will the Soviet Union Rise Again?

ATLANTA, GA. – “Hey, she’s a dame. What do ya say, Hermie? We pick her up and show her a good time, give her the presidential treatment?”

Two pairs of eyes met in agreement on the rearview mirror. As it slowed to a stop, the campaign van brakes cried out in protest.

The man in the backseat watched through tinted windows. “Yes, what is it?” the woman inquired of the driver, who approached her on foot now. He was a stocky white gentleman wearing a sportcoat, stylish prescription glasses, and a stained yellow mustache that matched the stains on his teeth.

“You want to meet a celebrity?”

“What are you doing?” she asked as he got closer. Her face changed, although an expression of politeness remained. “Now, wait just a second, what do you want? Back! Hey, what the fuck do you think you’re doing?” The driver had grabbed her by the wrist, but when she pulled away, he slapped her across the face and took her by her curly brown hair, leading her into the side door of their idling press wagon. She noticed it now, out of the corner of her eye: 2012.

Perhaps you’ve seen him on TV. He’s bringing jobs back to America. He believes we can take this country back. If he didn’t, he wouldn’t be here today. His marriage fell to ruin in the wake of a series of sexual harassment scandals that surfaced as researchers snuffled for anything that might drop him out of the running. The hours were getting short; the days, much darker. It was only a matter of time now.

With their fly in tow, our two spiders drove around back of a warehouse not far from where they acquired a thirst for young flesh. Once inside, they removed her blindfold. The building was stacked to the tits with red, white, and blue beer koozies, picket signs, boxes labeled “flair,” cardboard figures and T-shirts in every color and size ranging from small to medium to large, extra large, extra extra large, and the unthinkable XXXL. With no small degree of confusion, she absorbed her surroundings, forgetting for a moment the two dark figures just ten feet behind her. She struggled for breath at the sheer immensity of wall-to-wall fascism, lights shining on American flags, and in her eyes, too. She squinted to ascertain the meanings of slogans and effigies. America never looked so cheap. That is, until a red crowbar wedged itself between her right eye and the inner socket, hooking itself on her temple. The pain was insurmountable. She could not scream, and collapsed instantaneously under shock. Dull sensations of otherness were shooting off at random locations around her body. The pain was unfathomable. Reality ceased. A voice gave instructions. She followed them, without question, without understanding, with no intellectual capacity whatsoever to guide her through this terrible nightmare. She was no longer human.

The young woman – a skinny waitress in her thirties – with her fist in her mouth, put the other hand down to her gingham skirt. Her broken hand was gnarled into a claw, but using that claw, she tugged upward at her skirt with pathetic incapability, in a bid to satiate the verbose bloodlust of her attacker, candidate for the U.S. Republican Party presidential nomination, Herman Cain – a Georgia Tea Party activist.

The hairs on Herman’s neck bristled with anticipation. In the dark, he could not see it, but a flash of recognition darted through the young lady’s body as she made out the face of a man she once knew. A man who, before, had told her what to do in a more professional setting. She worked in one of his restaurants. Her boss. The owner.

Your God is Power. You have no shame.

“Rape victims are sluts who produce their own birth control. But you’re no victim,” declared Mr. Cain, a former deputy chairman of the Federal Reserve Bank of Kansas City. “You like this. I’m going to teach you to like me.” As he pumped, and huffed, and breathed scotch into his victim’s mouth, his eyes glazed over and fixated on the corner of the room, where he imagined a younger, better looking rape victim. And briefly, he pictured his wife. “Now secrete it!”

Herman Cain crouched down over the woman, who was now bloody, disheveled and used, and he asked her politely if he might take her out to dinner sometime, and if he can get that phone number.

Black dots patterned across his vision, bubblewrapping the terrible scene beneath him, the product of his undoing. One last passenger aboard the Cain train. As he struggled to breathe with that thin, liquor-soaked breath of his, Herman’s blood flowed like sand.

“She’s done for, Herman. Now let’s be on our way.” Chief of Staff Mark Block, Herman’s driver, sucked the last trace of life from his cigarette. He could not take his eyes off the scene. Her ripped white underwear with blue trim, bloody at the crotch.

“I– I thought her body was supposed to shut down to keep this from happening.” Cain withdrew an unlabeled bottle of blood pressure medication and took four tiny white pills.

“If she gets pregnant, then it means she liked it. Who can blame her? We’ve run a campaign like nobody’s ever seen. But then, America’s never seen a candidate like Herman Cain.”

A smile bled from the open corners of Herman’s mouth, from which sprung twin puffs of gaseous hate that twisted up his thin, dark mustache, and moved in a vapor around his furrowed brows, tracing the restaurant manager’s gray, receding hairline. Sister demons danced a double helix in the midnight air, assuming the form of matching parallel negative impressions, shaped like dervishes with forked tongues slithering, their writhing agitations, spied ever so slightly amid the shifting breeze in Block’s polluted exhalation. Graciously, they pulled his mouth wide into a devilish smile.

This story is part 2 in a 2 part series entitled “What was the deal with Herman Cain?“ 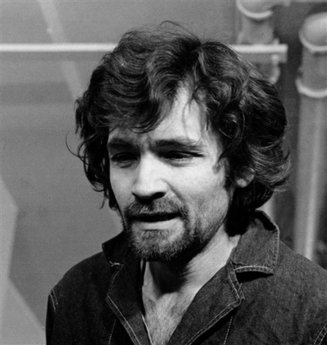 You know I don’t give a fuck about your free market economy failfest.

I don’t give a fuck about your friends.

I don’t like your debt palaces or your shit eating faces grinning back at me like I’m your next victim. Eat shit, and DIE.

I hate myself. I hate this website. I hate the readers. I hate Akon, Lil Wayne, black people, white people, Arabs, the Arab Spring oilfest. I hate every crumbling idea you thought was your own that actually belonged to some dickhead in a casual suit on a yacht.

I hate it all.

I hope 2012 December 21 really is the end. I pray to every God in the book that some crackpot conspiracy theorist would become the next Messiah on that day and summon Planet X Himself via SMS right into the face of this foul, miserable planet of humanity.

I pray to Christ himself, sometimes, because he’s the one who is MOST real by Western definitions, I mean delusions, of superstition and whatever the fuck else you want to think about – whatever makes you feel better about serving the capital gods, sucking the dick of credit. The recession! Oh lord! I pray to sweet baby Jesus in the womb of the Virgin fucking Mary to end this miserable bitch like the dinosaurs so we can all go together and for once be on the same page about something. Sameness, communism, capitalism, we’re all getting fucking by an overlord and we act like we’re free! Weeeeee so free! All this freedom on my green grass in my big cars and my free freeness of freedomosity, baby Jesus, thank you for America which served the WHITE RACE so well! Thank you little baby Jesus thank you!!

Thank you for all these THINGS that I HAVE so now I can relish the danger of LOSING it! Holy poopsex, blessed art thou in Heaven whose name I dare not speak, Satan himself, President Barack Hussein Obama the Pulitzer Nobel Peace Prize Stealing Fascist of the Fifth Reich, the Dark Knight of Neoliberalism, THE PRESIDENT OF THE UNITED STATES OF AMERICA. Come! TAKE IT ALL AND LEAVE ME NOTHING.

Separate me from my family, imprison my terrorist friends and rape my communist lover. And leave me only with this: my soul. Because I don’t fucking need it. I just wanna watch TV.