ATLANTA, GA. – “Hey, she’s a dame. What do ya say, Hermie? We pick her up and show her a good time, give her the presidential treatment?”

Two pairs of eyes met in agreement on the rearview mirror. As it slowed to a stop, the campaign van brakes cried out in protest.

The man in the backseat watched through tinted windows. “Yes, what is it?” the woman inquired of the driver, who approached her on foot now. He was a stocky white gentleman wearing a sportcoat, stylish prescription glasses, and a stained yellow mustache that matched the stains on his teeth.

“You want to meet a celebrity?”

“What are you doing?” she asked as he got closer. Her face changed, although an expression of politeness remained. “Now, wait just a second, what do you want? Back! Hey, what the fuck do you think you’re doing?” The driver had grabbed her by the wrist, but when she pulled away, he slapped her across the face and took her by her curly brown hair, leading her into the side door of their idling press wagon. She noticed it now, out of the corner of her eye: 2012.

Perhaps you’ve seen him on TV. He’s bringing jobs back to America. He believes we can take this country back. If he didn’t, he wouldn’t be here today. His marriage fell to ruin in the wake of a series of sexual harassment scandals that surfaced as researchers snuffled for anything that might drop him out of the running. The hours were getting short; the days, much darker. It was only a matter of time now.

With their fly in tow, our two spiders drove around back of a warehouse not far from where they acquired a thirst for young flesh. Once inside, they removed her blindfold. The building was stacked to the tits with red, white, and blue beer koozies, picket signs, boxes labeled “flair,” cardboard figures and T-shirts in every color and size ranging from small to medium to large, extra large, extra extra large, and the unthinkable XXXL. With no small degree of confusion, she absorbed her surroundings, forgetting for a moment the two dark figures just ten feet behind her. She struggled for breath at the sheer immensity of wall-to-wall fascism, lights shining on American flags, and in her eyes, too. She squinted to ascertain the meanings of slogans and effigies. America never looked so cheap. That is, until a red crowbar wedged itself between her right eye and the inner socket, hooking itself on her temple. The pain was insurmountable. She could not scream, and collapsed instantaneously under shock. Dull sensations of otherness were shooting off at random locations around her body. The pain was unfathomable. Reality ceased. A voice gave instructions. She followed them, without question, without understanding, with no intellectual capacity whatsoever to guide her through this terrible nightmare. She was no longer human.

The young woman – a skinny waitress in her thirties – with her fist in her mouth, put the other hand down to her gingham skirt. Her broken hand was gnarled into a claw, but using that claw, she tugged upward at her skirt with pathetic incapability, in a bid to satiate the verbose bloodlust of her attacker, candidate for the U.S. Republican Party presidential nomination, Herman Cain – a Georgia Tea Party activist.

The hairs on Herman’s neck bristled with anticipation. In the dark, he could not see it, but a flash of recognition darted through the young lady’s body as she made out the face of a man she once knew. A man who, before, had told her what to do in a more professional setting. She worked in one of his restaurants. Her boss. The owner.

Your God is Power. You have no shame.

“Rape victims are sluts who produce their own birth control. But you’re no victim,” declared Mr. Cain, a former deputy chairman of the Federal Reserve Bank of Kansas City. “You like this. I’m going to teach you to like me.” As he pumped, and huffed, and breathed scotch into his victim’s mouth, his eyes glazed over and fixated on the corner of the room, where he imagined a younger, better looking rape victim. And briefly, he pictured his wife. “Now secrete it!”

Herman Cain crouched down over the woman, who was now bloody, disheveled and used, and he asked her politely if he might take her out to dinner sometime, and if he can get that phone number.

Black dots patterned across his vision, bubblewrapping the terrible scene beneath him, the product of his undoing. One last passenger aboard the Cain train. As he struggled to breathe with that thin, liquor-soaked breath of his, Herman’s blood flowed like sand.

“She’s done for, Herman. Now let’s be on our way.” Chief of Staff Mark Block, Herman’s driver, sucked the last trace of life from his cigarette. He could not take his eyes off the scene. Her ripped white underwear with blue trim, bloody at the crotch.

“I– I thought her body was supposed to shut down to keep this from happening.” Cain withdrew an unlabeled bottle of blood pressure medication and took four tiny white pills.

“If she gets pregnant, then it means she liked it. Who can blame her? We’ve run a campaign like nobody’s ever seen. But then, America’s never seen a candidate like Herman Cain.”

A smile bled from the open corners of Herman’s mouth, from which sprung twin puffs of gaseous hate that twisted up his thin, dark mustache, and moved in a vapor around his furrowed brows, tracing the restaurant manager’s gray, receding hairline. Sister demons danced a double helix in the midnight air, assuming the form of matching parallel negative impressions, shaped like dervishes with forked tongues slithering, their writhing agitations, spied ever so slightly amid the shifting breeze in Block’s polluted exhalation. Graciously, they pulled his mouth wide into a devilish smile.

This story is part 2 in a 2 part series entitled “What was the deal with Herman Cain?“

WASHINGTON– PRECLUDING THE PROTECT IP ACT, FEDERAL ACTION WAS TAKEN LATE SATURDAY NIGHT AGAINST THE CHRONICLE.SU IN ONE OF A HANDFUL OF “PLANNED ATTACKS” AGAINST WEBSITES “DEDICATED TO INFRINGING ACTIVITIES.” THE NATURE OF THE ATTACK, HOWEVER, IS POLITICALLY MOTIVATED.

THE INTELLECTUAL PROPERTY IN QUESTION [WHOSE AUDIO COPYRIGHT BELONGS TO A DEAD HOBO] IS NOT HOSTED AT CHRONICLE.SU, MEANING NOT ONLY ARE THE ACTIONS TAKEN AGAINST THE CHRONICLE ILLEGAL, THEY ARE AN ABUSE OF POWER GRANTED BY A LAW WHICH DOESN’T EVEN EXIST YET.

THE CHRONICLE.SU IS ACTIVELY ENGAGED IN LEGAL BATTLES WITH “SEVERAL” MEMBERS OF THE UNITED STATES SENATE, NAMELY A DISCREET LIST OF CO-SPONSORS OF THE “PROTECT IP ACT.” NOT ONLY DOES OUR TAKEDOWN SUBVERT THE FIRST AMENDMENT RIGHTS OF CHRONICLE STAFF [ALL AMERICAN CITIZENS] BUT THE ASSAULT COMES DIRECTLY FROM WITHIN THE GOVERNMENT [IN CONTRAST TO RECENT ATTACKS BY RIGHTWING PSEUDOHACKERS KNOWN WITHIN THE INTERNET COMMUNITY AS “SCRIPT KIDDIES”].

THE EMBATTLED CHRONICLE.SU HAS BROKEN OFF FROM THE UNITED STATES AND HAS EXPRESSED CONTROVERSIAL SOLIDARITY WITH UNCONVENTIONAL PARTNERS: THE SEPARATIST MOVEMENT PKK, THE KURDISTAN WORKERS’ PARTY. 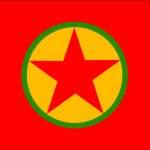 THE PKK IS A KURDISH MILITANT ORGANIZATION WHICH HAS SINCE 1984 BEEN FIGHTING AN ARMED STRUGGLE AGAINST THE TURKISH STATE FOR AN AUTONOMOUS NATION AND GREATER HUMAN RIGHTS FOR ALL PEOPLE.

CHRONICLE.SU IS REPORTED TO HAVE RECEIVED THOUSANDS OF DOLLARS IN EXCHANGE FOR ONGOING POLITICAL SUPPORT TO THE COMMUNIST REGIME.

THEY WILL DO ALL THAT THEY CAN TO CHIP AWAY AT OUR FREEDOMS OF SPEECH. THIS IS ONE IN A MYRIAD OF PECKS INTO A STONE MOUNTAIN OF UGLY TRUTHS THE GOVERNMENT DOESN’T WANT YOU TO KNOW. WE WILL WIN.

“READ THE CHRONICLE. KNOW THE TRUTH.”