Like a rabbit feverishly scampering about, degenerate Jeremy Fisher ran his every sensation through a search engine one night, after smoking too much pot and confronting his own mortality.

The 34-year-old man replaced doctors with websites in 2007, after aging out of his parents’ healthcare and being generally too unlikable for full-time employment which would have afforded him something like insurance. After switching exclusively to Dr. Angstrom Troubadour’s symptom checker, however, Jeremy’s general condition, and overall well-being, improved tenfold, for FREE!

“I feel so much better now.”

A series of google searches confirmed his suspicions: That chest sensation was nothing to worry about, and he should really just relax.

“I was up all night, pacing the floor, worrying about it. What is it? Am I gonna die? Is this what dying feels like?”

“I googled that shit fast, hard, and repeatedly,” Jeremy recanted. “Advertisements criss-crossed my screen, sliding over the content I desperately needed. I x’ed them out methodically. Medical information is worth mining for. I got my confidential results in just minutes.”

Finally, Jeremy broke through a wall of warnings, until he reached a screen stating that he could have heart failure as a result of complications from heart cancer, unless he closed that window, too.

“That’s the beauty of the product,” Troubadour mansplained. “See how Jeremy got involved in his own caregiving? This product interactively helps people neglect their health, improving wellness.”

Troubadour said by closing the final pop-up window, Jeremy was rewarded with sweet medical truths the likes of which many will never know ~

What lies in wait beyond the very last advertisement?

“Hey! It’s Jeremy again. Remember me? I’m the only other source in the story. So anyway, I’m a fucking retard who believes what he reads online. Dr. Troubadour’s medicine software assured me I am only being paranoid and it is indeed the act of searching symptoms which causes the symptom. Wonder what that means??”

As for getting a job, and finding insurance? Fat chance, Jeremy says. He’s just downright unlikable. Doctors say there ain’t nobody can get along with a man like that.

“I just kind of act like a cock towards everybody I meet,” Jeremy says. “I’ll commit to the right job when it matches my skillset – which may be nothing – but at least I’m not jockeying for position downtown in some hellish rat-race I don’t believe in. You guys at Internet Chronicle probably think you’re hot shit because you’re reporters, huh? I see right through you cunts. Your stories are OBVIOUS fakes.”

[Editor’s note: That is not true.]

The Internet Chronicle is brought to you GRACIOUSLY by Lebal Drocer, Inc.

Immediately following the government reopening, the FDA reportedly gave “emergency approval” to a powerful new opioid for jazz musicians whose deep souls are in deeper pain.

The profound words on this page will have you crumbin’ for Dr. Troubadour’s new medicine for the soul, Miles fuckin Gravis, a totally bomb-ass way for you and your boys to

Miles Gravis will send you to an early grave! 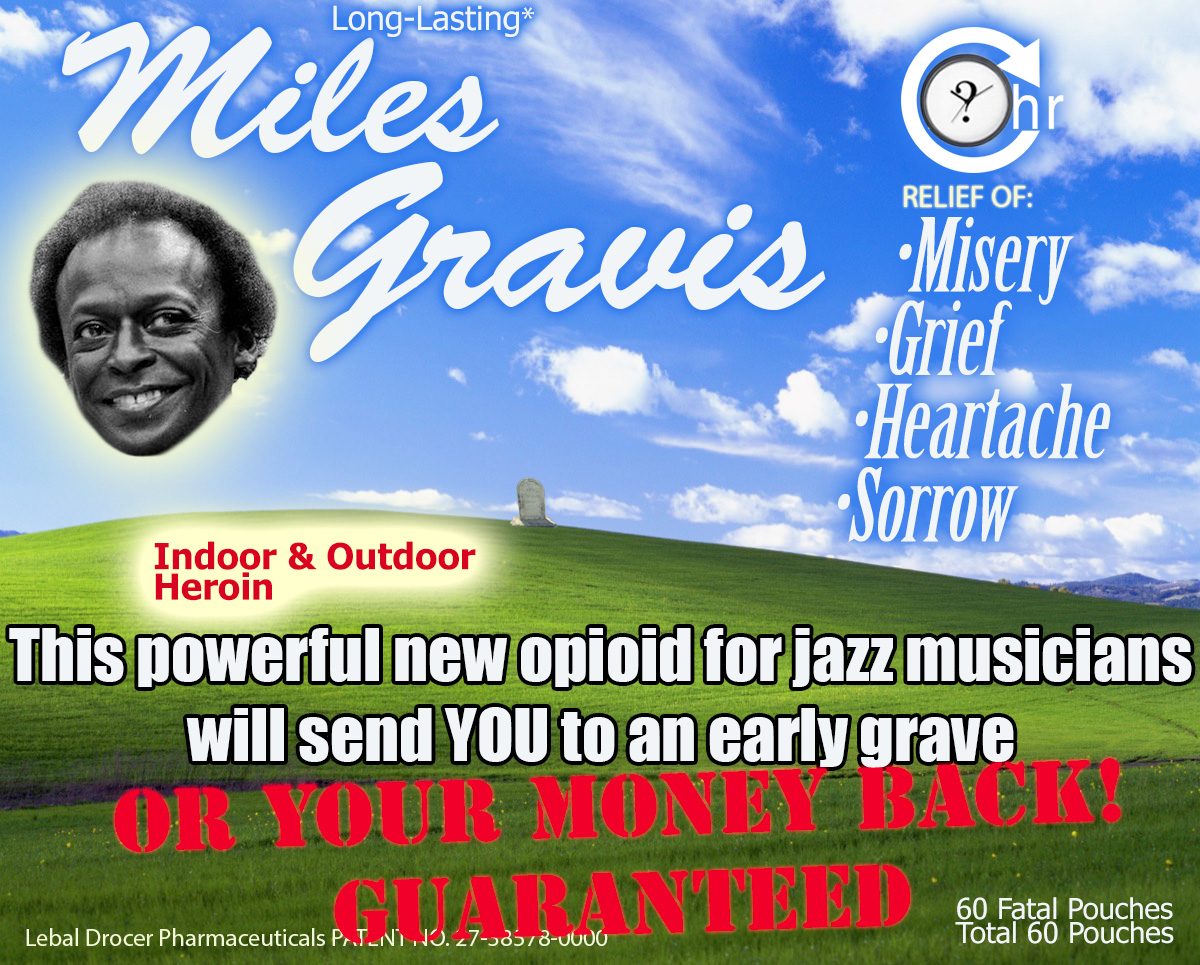 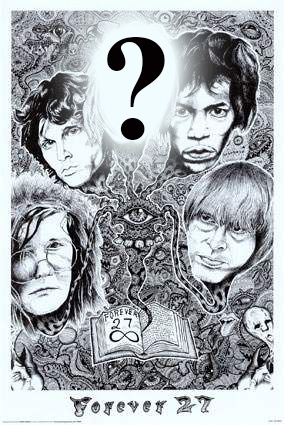 An opiate-wary audience is considered out of reach to marketing pedagogues, so Purdue has teamed up with Lebal Drocer Inc to run a cheap little sweepstakes, called the 27 Challenge.

The first 10,000 musicians to die with Miles Gravis still in their systems will be entered into a contest to be immortalized in the 27 Club  as the posterchild and lead tragedy for Lebal Drocer Pharmaceuticals (runner-ups play sideman!)

”I’m Phil Buckman, and opioids have ravaged the town I grew up in, killed my friends and family, and robbed a generation of stability. It will work for YOU, too!”

The Internet Chronicle is wholly, totally complicit in their scheme and shamelessly promoting it here. And what are you gonna do about it?

We’re all getting older, and we’re gonna damn die someday.

Pour a little Miles Gravis on that misery and watch in painless amazement as the newest drug from Lebal Drocer creates the smoothest, trippiest, psychedelic jazz you NEVER heard.

Personality disorders are a significant, and highly sought after, social distinction in American society. But so-called “experts” warn increases in mood disorders pose a threat to public health in the United States, and probably elsewhere – surely there are other places – but who fucking cares about them?

Romanticizing school shooters is not only fun, it’s profitable, too!

While the over-pussification of American society has pushed down crime rates overall, mass murder and public shootings have dramatically increased.

Raleigh T. Sakers instituted a rule to be followed by all news desks, from CNN to the Internet Chronicle, that in the event of a mass shooting, each publication is then expected to dig deep into the sordid, abuse-enhanced backstories of such losers as those douchebags from Columbine, or that incel from 4chan, or Barron Trump.

Then we publish it: chronicle.su style

Not enough people know how sexy it is to shoot up a school, according to Dr. Angstrom Troubadour, Chief Researcher at the Lebal Drocer Institute of Brooding Evil.

This has not stopped anyone from turning into a sociopath, Troubadour said, adding that there is “no hope” for the future.

Everyone’s depressed, at least in America, Troubadour said. As long as you aren’t actually depressed, it’s cool as shit to be depressed!

“When you live in a capitalist society such as this, it’s just gonna fuck you over in the end,” Crabtree said. “There’s people out there today still working in the same conditions that once made Upton Sinclair’s dick hard. Have you seen what customer service does to people?”

We reached out to today’s youth and asked them what’s the big deal with you little idiots? Like why are you all acting like you have depression when you’re actually just useless, boring, uninteresting underachievers, like your friends?

Dr. Troubadour said that in his 30-odd years of conflict resolution, he believes narcissists and sociopaths are an increasing public annoyance, but hardly a health hazard.

If instances of personality disorders continue to arise, he admits, it could be time to institute a mandatory mental health purge, and begin eradicating bloodlines that can’t suppress the urge to appear brooding, moody or introverted.

Sakers looks to another approach:

“We have enough music. We have enough tortured artists. We already got enough fuckin’ poetry. Write some god damn fucking comedy or get the fuck out of my timeline. You’re not made for this business. You’re weak! YOU NEVER TRANSCENDED! Now go back in there and suck your momma’s titty til you’re finished cooking because I don’t need to get shot up while I’m at the god damn opera.”