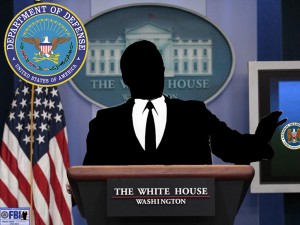 Washington, D.C.–Anonymous Internet users discovered Thursday that the United States Government plays a major role in the day-to-day operations of the most popular Internet news source used by internet activists, or “hacktivists.”

Anonnews.org claims to serve decentralized hacker group Anonymous as its central source of information, including targets and Anonymous press releases, which anyone can submit.

A number of Internet users frequenting both the chronicle.SU and anonnews.org websites discovered that the website selectively runs articles that only fall in line with the agenda of the U.S. Government, and brought this to the attention of chronicle.SU senior executives.

As perhaps only a handful of our readers know, anonnews.org, whose slogan is Everything Anonymous, actively deletes any and all content submissions originating from chronicle.SU. We have fought this for a long time, out of fairness to Anonymous and outside objectors, but we too have come to realize anonnews.org is either owned by, or in collusion with, various government agencies.

This clampdown on information is akin to what many of us learn in college courses, or from history itself, to expect from oppressive regimes, and compares in no small way to the aggressive reaction from the USG when news hit of daily-leaking diplomatic cables.

It is worth noting that anonnews.org no longer accepts press releases relating to Wikileaks.

Anonymous purports to expose and crush oppressive regimes, and even went on the record with Al Jazeera Saturday morning to take credit for the unprecedented attacks on websites owned by Mastercard, PayPal, Amazon, and outside governments. Anonymous’ spokesperson, which could literally be anyone in the world (but is actually Barrett Brown, according to Brown), compared their actions with those of protesters in the streets of Tunisia, Libya and Egypt.[pullquote]Anonymous [is] by far the most aesthetically-pleasing instrument of sociopolitical subversion ever employed by the United States Government.[/pullquote]

Anonnews.org lets certain past inflammatory posts slide, including a couple from chronicle.SU, to present an image of “anything goes,” while moderators for the site now allow only positive stories to run that portray Anonymous as the “Great Equalizer” (or “white knight”) of the Internet. The anonymous person speaking to Al Jazeera compared the Anonymous hacker group to Libyan rebels in the street currently taking mortar fire. Anonnews.org now plays up this footage, making Anonymous by far the most aesthetically-pleasing instrument of sociopolitical subversion ever employed by the United States Government.

But from a perspective of objective critical analysis, Anonymous looks unfortunately stupid. This is because the USG knows better than to let them run totally wild, making too much change too fast – or worse yet, making their own changes. So the powers that be hired online personalities to infiltrate IRC discussions and /i/nvasion channels in order to redirect the hacktivist userbase toward what are better known in war terms as “soft targets.” NYPA, or ‘not your personal army’ just took on a whole new meaning.

When Anonymous attacked Westboro Baptist Church, they didn’t attack the Westboro Baptist mentality of hate. They attacked their website. Just like Anonymous didn’t really protest in the streets with Egyptians for freedom. They attacked Libya’s website, and Egypt’s website (even though for a period of time Egypt had no Internet.) This is tantamount to when Jon Stewart appeared on Hannity & Colmes (FOX News). He didn’t cripple their agenda; he attacked their image. Even though he appeared to “pwn” them on live TV, it proved to be a giant ratings circlejerk for everyone, where voter ideology cowered slimy in the middle of an entertainment-value bukkake. When I watched Anonymous take down WBC’s website from my toilet, I noticed it was just a PR game, as I suspected all along, and that Anonymous is just as likely to do something stupid as it is to do something meaningful.

‘But who benefits from this PR?’ I thought.

During that poop is when I realized Anonymous, in its current form, will never do anything meaningful, such as the Paypal/Amazon attacks, again – or at least, not while anonnews.org is recognized collectively as an unbiased, trustworthy portal for equal access to information. Anonnews, like FOX News, pushes a narrative in which there is no place for the voice of reason or questioning. We have fought Anonnews.org in the past, for selectively censoring submissions, and only obtained temporary, diplomatic posting privileges following huge public outcry. When that outcry died back down, so did our posting privileges. They don’t want you reading dissent, because anonnews.org is controlled by the U.S. Government, who censors dissent, tortures its own citizens, and sends Anons to waste their time, energy, and image on “targets” like WBC and Glenn Beck (thereby legitimizing the voices of both). Who “spreads democracy” abroad, and destroys it at home.

It is my belief and that of the chronicle.SU, attacking Amazon.com in the name of Wikileaks is beautiful and righteous on all counts. Paypal deserved it too, and even reinstated PFC Bradley Manning’s support group – a move clearly designed to cover their sorry asses by saying it was a glitch, or somebody sat on the remote control, or some bullshit like that. Paypal still deserves it. They’re scum. Anonnews.org would hate them more if they knew they were Jewish, because like WBC, they hate fags and jews, but I doubt they’ll read this or inform themselves otherwise.

Wikileaks’ behavior constitutes the backbone of actual journalism, and is not illegal in a free and democratic society. Right now the only thing preventing humanity as we know it from being subject to totalitarian world government is investigative journalism, which Paypal went out of their way to prove they hate; as did Amazon. Internet users all across the world recognized evil at work and carved out a warpath alongside Anonymous that even chronicle.SU cut into. But no more quickly did Anonymous cast its hat into the political arena did government agencies drop hired geeks into the flock to take control of what they could and report back what they could not.

This was a real job position within the USG until Tyler Bass reported its existence last week. It was called “undercover online personality,” and the description explicitly stated the applicant’s duties include infiltration of online political groups for the purposes of spying and manipulation. It was removed for one of two reasons: either because the position was filled, or because exposure caused officials to decide not to publicly advertise a legion of hired spies. Attacks against anti-freedom-of-speech targets ceased as immediately as they had begun, and when anonops came “back online,” the IRC stunk like government spooks.

When the USG saw the power of the hivemind at work, they knew instantly to harness it as best they could and make it their own. The right thing can be done for the wrong reasons, and the wrong thing done for the right reasons – any combination of which are taking place as I type this, and all of which are allowed to happen because anonnews.org is  influenced and operated by the actions and interests of police state sympathizers and employees hired by the United States Government.

If knowledge is power, take it back. Inform yourself. 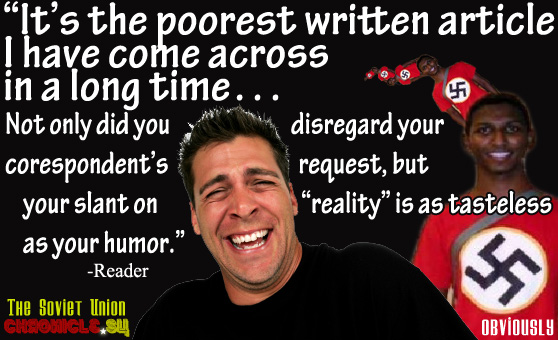 We received this email yesterday. The subject line reads ‘Response to “No Nukes Like Good Nukes“‘ and it pretty much speaks for itself.

Hi Billy,
Your rant is back up on the June archives of RoanokeRevolution.com. I
don’t know why it disappeared, but it was not on purpose.
I know your website is intended to be funny, and I appreciate the
Onion-esque humor. However, there is an issue with misrepresentation,
especially in a small city like ours. Libel is a serious subject in
the media world, and even if you’re joking, you are not legally
allowed to misquote people, or say or imply anything untrue that could
potentially damage that person’s reputation. I hate to seem like a
killjoy, and I enjoy fun jabs as much as anyone, but if you do some
quick research on libel, you will see “No Nukes Like Good Nukes”
crossed a line. Roanoke Revolution is most definitely anti-censorship,
but an article like this that contains libel cannot legally be allowed
to remain published online.
By the way, this entire email is off the record; it is a business communication.
I could not find James Galloway’s email address, but please share my
email with him.
Thank you. Please don’t hesitate to call me if you want to discuss.
Email is often a brewing ground for misunderstood sentiments.
-Clarissa Clarke
Roanoke Revolution

Because of Clarissa Clarke’s elementary writing skills and reactionary legal instincts, we can only assume she must be kind of cute, or possibly has the sexy librarian thing going on [also, remember Clarissa Explains It All? History is definitely on her side…] so we were nice enough to remove her phone number from the email, which contains a few incredulous logical fallacies.

For example, they might as well attack us for being pro-jong-il if they consider the rest of the site credible as well. So is it true that in addition to being in full support of preemptive nuclear warfare, the Roanoke Revolution staff cares more about their reputations than the poor fucks jong has kept in his prisons, guarded from knowledge of anything else?