Upon learning the news, Kilgore Trout pronounced all sacred cows sacrificed – especially Geo, who is given up for sacrifice on a routine basis, beyond comedy, beyond usefulness, beyond what attention he might even reasonably be owed, which is already nothing. It’s just senseless, really.

The roulette wheel, if it spins, could slip any number of sacred icons into the proverbial gallows: Charles Manson, perhaps, or Media Mogul Rupert Murdoch – or even Topiary.

A ghastly apparition spawned within your heart and exited through your eyes, heating your face along the way. Hot with rage, your butthole tightens at the mere possibility of reading something negative about Lil’ Bitty Topiary, the sacred jewel of the butthurt 99% Fagsec and Fucksec, Childmolestersec, Freesec, Sucksec and Dickseck anonymous.

Sweet Lord Baby Jesus have mercy and cast no furtive eye upon the innocent and holy and non-credit card-mining Topiary of LulzSec Heavenly Christ.

Geo is scheduled to silently return by the end of tomorrow’s article, unless something comes up like the screening of Fear and Loathing in Las Vegas at his religious bible study school independent film group, to which he does not belong because extracurricular activities are for fags and Geo’s a winner. 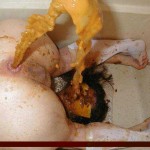