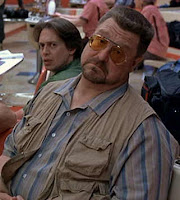 6 replies on “Local Chinaman "not the issue"”

Galloway is tearing this shit up. Mr.Drinky and Dr.Smoke need to stop farting around write.

Wait, how come I’m not a doctor?

We can’t all be doctors.

The Mexican health minister recently declared that the virus had appeared to have reached its most fearsome peak and is now fading.; home insurance fek; life insurance 7967; health insurance xytl;

fearbot 2.0 is trying to manipulate webot trends. i see the fearmongering here.