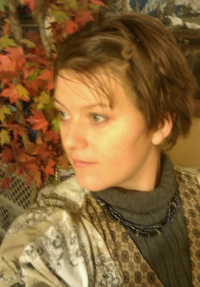 NORFOLK, Va. – Jamie Jo Corne clings to General Lee as his battle wagon, a 74 Winnebago, struggling over the Rockies at three miles per hour, backing up traffic all the way to the grasslands, lapping against the snowcapped peaks.

“God Dammit I learned a lot of shit when I was investigating Anonymous. We can use it to our advantage,” Jamie Jo said. For a fleeting moment, life flashed through Jamie’s eyes. She was alive. Looming in the recesses though, her nine children and her ruined husband, Vincubus Dante. Sometimes big things were more important than family, like Matthew McConaughey in Interstellar.

General Lee pulled his dick out of Jamie’s ass and busted a hot one across her tramp stamp. “We gonna have a real revolution Tiger, stop up the traffic ’round DC. Jam the beltway. Boil the boomer hides! I’ve been everywhere, man. You rub a little more of that innernet magic on our social media game and I’ll fire up the CB. We’ll ride our horses up to the White House. We’ll start a new political party, start a Convoy!” The General paused, licking his lips. “Get out the meth hunny.”

“I’m wanted in five states, Lee, and the only way I’m gettin’ out of it is by starting a goddamn revolution. Truckers are so left wing, nowadays. What’s up with that? This Tiger needs a man who don’t need viagra to fuck. Your whole revolution is limp. Ya didn’t even deliver a document to the capitol. I’m gonna do that one day, a-ridin’ on a horse with a dick that satisfies.”

Tiger took one last long drag from Lee’s meth pipe and bounded from the camper, hesitating only for a moment, to glance at the moon before scampering off into the night.

The Revolution may had ended, but felt like it had only begun.

Her phone buzzed all night. Strange men from around the nation were sending in car payments, text messages begging for hot, dirty sex. The revolution was just dodging the inevitable decades in prison awaiting her, and better to settle in and train dogs, than to eat another shit sandwich and smile for a mugshot. Hacking and trucking had nothing at all, but the dog scamming scene at least had that money. Stealing trained malamutes and huskies was pure profit.

But that, too, was a lie and Jamie wasn’t about to con herself. Those days with Presstorm sure were glamorous. And the power she’d had with Anonymous was beyond anything she ever felt running with truckers. Jamie imagined thousands of Huskies, all following her command, dragging a sled with a giant cannon like Hitler had. One shot and she’d take out DC. Another two shots and she’d blast them yuppies in New York City. Then she’d whip them dogs and get off to LA and maybe she’d let the dogs have them instead of the cannon — if — they gave her a kind welcome.

The former Presstorm matriarch now injects a motherload of meth, monitoring all hate sites for news and updates on what the public and the law might know about her. From behind a pair of sunglasses at a public library in Cuthbert, Ga., she watches the Internet, fidgeting. She watches the Chronicle. Under her breath, she utters remarks – more guttural anguish than language – and she is bitter.

The money’s dried up. All the drugs, internet, and revolutions have aged her. She can’t draw even the oldest, ugliest men at the bar. She used to snare fresh cock with online dating sites, but the hope of tomorrow’s sugar-daddy evaporates now with each click, typin’ her different names again and again, cycling through social media sites and rubbin’ her shrinking clit. Sometimes she can’t even find it. Almost inaudibly she hisses, “Obama’s gonna put you in jail.”

Though her future is uncertain, there is at least one thing Jamie knows: She’s seen more sunsets now than she’s going to see.

Rebel on the Run: The Life and Trials of Anonymous Dogstar Jamie Jo Corne is part 1 in a multi-part series of biopics called Project Persona Management.

With a fried voice and look of stoned desperation in her eyes, Trail Boss Jamie Jo Corne delivered new orders Tuesday to her rapidly-growing cult following.

Corne commands her collective to delay the Washington Bull Party Plan until May 16.

The Bull Party is a rally to restore freedom, which involves dumping seeds on the Capitol in Washington, D.C. and turning loose “thousands” of heads of cattle in the city streets, heralded by Corne who is expected to arrive on horseback with The Articles of Separation in hand.

“This is what’s gonna happen,” Corne said, bumping her fists together. “This is when the people meet the government.”

She slammed the Occupy Wall Street movement for its pacifism, saying hers is the movement of True Change, adding that her changes might even lead to economic collapse as America returns to the barter system.

In her video message to the collective, the Trail Boss said she needed to push back the cattle rustling after speculation that a number of unidentified homeless people “went missing” and are being detained in FEMA camps. Corne ordered the farming collective to stand by while she and General Lee sort out the logistics of transferring people and animals into the gridlocked city of Washington, D.C.

“Large amounts of cattle … to herd them into Washington, D.C. is going to take a little bit more planning than 30 days,” Corne said over the clicking of the Battletruck hazard lights. “Not really planning, but prepping.

Corne said she is “sick of fucking around,” and to complete her plan, she will need cattle ranchers to volunteer to turn their cattle loose into the streets.

“There have been several, multiple cattle ranchers. Multiple,” Corne said. “A multitude of farmers coming through, that want to dump their GMO seed all over the place in Washington, D.C.”

Corne is Trail Boss of a group of farmers ready to take up arms against the government at any moment. Corne herself has already threatened President Barack Obama’s life: a stunning preemptive strike in what she and her people refer to as “the American Spring.”

The alternative effects of spreading genetically modified seed throughout the nation’s capital would likely be unknown for at least a decade, according to Dr. Angstrom H. Troubadour, an Internet Chronicle botany consultant.

“It might not change anything,” Troubadour cautioned. “But then again, shit could be pretty fucked up for a while. Let’s wait and see.”

[UPDATE: THE TRAILBOSS HAS BEEN SILENCED. SHE HAS DELETED HER VIDEOS BECAUSE OF ATTEMPTS BY OUR GOVERNMENT TO SUPPRESS THE AMERICAN SPRING FREEDOM MOVEMENT. THE VIDEO CITED BELOW HAS BEEN LOST, BUT THIS REPORT REMAINS FACTUAL. PLEASE ENJOY A COMPLEMENTARY JAMIE JO CORNE VIDEO, COURTESY OF CHRONICLE.SU]


The plan is to give Congress three days to comply with demands. Consequences of non-compliance, Corne said, will be delivered in phases. Retaliation will be exacted by seizure of ports by collective forces, restrictions on imports, and the burning of social security cards.

In 2003, Jamie Jo Lambertz-Brinkman wrecked her white Honda into a police cruiser in a drag race gone wrong [1]. She served time for check fraud and hit-and-run before escaping from prison in August of 2004 [2]. One month later, Brinkman and her butch partner were caught in Illinois. This offense carried a mandatory sentence of seven years [3].

Ever the freedom fighter, Ms. Brinkman later sued the South Dakota Department of Corrections for denying her Haldol, a prescription she had taken for “bipolar disorder, mood disorder, anti-social disorder and personality disorder” [4].

Ms. Brinkman explained on Red List Radio, “When I was 13, I was being abused and I started running away from home.” At the age of 14, she was sent to a boot camp where she claims she was also abused. She claims to have purposefully stayed at the boot camp for nearly five years in order to avoid abuse at home [5].

At the age of 30, Ms. Brinkman has spent over one third of her life institutionalized in correctional facilities. She has committed fraud, escaped prison and recklessly endangered the lives of innocent people who just wanted to go for a drive.

In 2011, Ms. Brinkman founded Presstorm.com, a blog devoted to what she called “investigative journalism.” She became a fixture within Anonymous, associating with hackers and attempting to influence their behavior through opinion pieces disguised as journalism. Inevitably, her schemes were laid bare by her own mistakes.

Presstorm came under repeated DDoS attacks after Ms. Brinkman posted a story which was critical of Occupy Wall Street. Former Presstorm supporters and writers did not offer her any support, instead laughing at her folly[6].

Ms. Brinkman has responded to the attacks by threatening to reveal the identities of those who donated to Presstorm and other contacts she made within Anonymous. She has also stated that the intentions of Presstorm were disingenuous and part of a psychological experiment which went exactly as she expected. Perhaps she has not been taking her Haldol.

Despite her illustrious past, Ms. Brinkman has attempted to chastise Anonymous for breaking the law. ” It wasn’t hard to know that what these children (or so it seemed were children!) were doing more harm to society than they were good. Like any juvenile delinquent, we felt that a little exposure would certainly shut them down.” She adds, taking the moral high ground, “We sincerely hope that we accomplished multiple levels of soul seeking, critical thought, and moral objection to one’s own behavior in the process” [7].

The Presstorm Debacle has served as an important lesson for Anonymous. Intentionally manipulative criminals are drawn to power and influence. Jamie Jo Lambertz-Brinkman created a cult of influence by playing on the high emotions in the wake of the WikiLeaks scandal and pathologically exercised what little power she gained. Like her Honda, Ms. Brinkman took Presstorm for a joyride that could only end in one way.