Roanoke, Va. – A Cave Spring-area youth was high on marijuana today when he realized that time does not exist and therefore the speed at which the Earth moves through space is immeasurable, yet “so fast.”

Jonathan Spokane, 15, described to reporters how his mind came to be blown, saying, “We were drivin’ around, celebratin’ 4:20 after summer school when I started to daydream. I was thinking about space, and said to Joe, ‘Yo Joe. Space is like, really fuckin’ huge, man.’ Then Joe was like, ‘Hey I wonder what time it is in space?'”

Jonathan said he was puzzled by the question at first, until the answer came to him, at which point he could no longer remember his name, address, or even where he was driving his mom’s carload of friends.

His mind was blown, reportedly after he decided for himself that without a constant measurement of the discernible gravitational forces at work, there could not possibly be a basis for the measurement of time, which he said is already a “human construct” and therefore “irrelevant” to people who “know what’s up.”

Jonathan’s personal revelations, analysts predict, will lead him to experiment with harder drugs such as hallucinogenic mushrooms, LSD, peyote and mescaline – all to serve him in his singular quest for what he calls “the ultimate truth” about our existence and/or non-existence, both and neither of which he intends to prove.

Update:
Roanoke Valley Law (over)Enforcement Agencies and the FBI are on the lookout for Jonathan Spokane in connection with the assault of several police officers during a scuffle and the telephoned harassment of the County juvenile court judge. FBI director of searches and seizures Mark Warren told Elf Wax Times early this Monday morning that when police failed to apprehend him, he was “wild-eyed” and repeating the chorus from Black Sabbath’s “Fairies Wear Boots.” He is allegedly armed with a set of Ginsu kitchen knives and considered extremely dangerously capable of dicing a variety of foods quickly to subdue what are expected to be critical munchies.

No matter what you call it, we all love it. If you can find a girl who is good at it, and will do it regularly, you should marry her…….marry her right now, or give me her phone number. Girls like that are hard to find. Guys who don’t like it are even harder to find. Which leads me to ask this question:

§ 14-177. Crime against nature – North Carolina awards a punishment classified as a Class I felony upon successful conviction, with a presumptive imprisonment of two years, for anyone who commits a crime against nature with man or beast.

“Any person who shall commit the abominable and detestable crime against nature, not to be named among Christians, shall be adjudged guilty of felony, and shall suffer death without benefit of clergy.” N.C. Rev. Stat.ch. 34, § 6 (1837)

This law was derived from the law passed in England by Henry the Eighth in 1533.

In 1868, North Carolina changed the law to what is currently written, and the penalty had been reduced from death, to 60 years in prison. The sentence gradually reduced in severity over the years, but the law has not changed much from what was originally written by Henry the Eighth.

After consulting with the Elf Wax legal team, I have decided the best way to put a stop to this madness is to begin contacting North Carolina congressmen and senators, and expressing our outrage at the fact that this archaic law is still being enforced.

Use the link below to contact every congressman and senator in North Carolina: 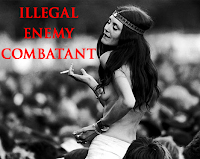