You’ve risen to power and have begun your regime by ordering society the way you see most fit. Perhaps you’ve stolen an election, denied freedom of the press, or even set the wheels of genocide in motion. No one said that consolidating power is easy, but you’ve done what you had to do and I don’t blame you.

And now, those bastards you pulled out of the gutters have decided they don’t know what is good for them. They’re speaking out against your actions and at some point you knew it would come to this. The people have amassed in your capital and are staging daily protests against your policies.

The first thing you can try to do is shut down media sources. Pull the plug on the information flow and disable the internet. Shut down phone lines and imprison any who are responsible for printing dissident material. Usually this will stop the life blood of your peon’s insurrection quite quickly. There may be dwindling protests for another day, but they will lose heart and you have almost guaranteed that their movement will not grow.

State controlled media is your best tool in this hour, and you should let the propaganda flow like what was left of last night’s Taco Bell. Any protest always represents a vast minority of public opinion, and while the protests are currently non-violent, the protesters must be represented as the escalating faction. Blame the hated political faction of your region whether they be Communists or Capitalists. Any fear you can generate will be a great aid to your power.

In some cases, protests may still occur even after you have taken care of dissident leaders and disabled all communication. This is a sign that you will most likely have to take extra measures. DO NOT BE HASTY IN PUTTING DOWN THE INSURRECTION. There is a list of things you must do before taking care of the uprising to ensure your country’s continued existence.

Firstly, have your secret police remove any foreign reporters immediately. Be extremely careful that not even one reporter leaks a single image or word after a certain point. Jail them if completely necessary, but do not treat them with the iron fist you are about to unleash upon your people. The less they have to tell, the better.

Make a gesture of goodwill to the protesters so that your propaganda machine will be able to paint you in a positive light. Do not attempt to appease the protesters, as they want to change your agenda. You must offer them a trifling insult of what they are illegally petitioning you for-an act of graceful enlightenment in the face of their ugly hatred. You can now continue with the last phase of dealing with your insurrection.

By this point, the protesters will have resorted to petty acts of violence as a way to get your attention. This is where you let the hammer fall, and let it fall hard. Even in China, the threat of military force has only angered and outraged citizens into further dissidence. Do not attempt to threaten with force at all. The protesters will assemble around the clock in their angry desperation and you can take advantage of this. Wait until the dark of night and cut off the power grid. At this point, you can let the tank treads do the rest.

Drawing on the successes and failures of other countries, I have outlined the bare essentials of putting down an insurrection. There may be many other factors involved in different situations, but remember: You know best, because you are the leader. Otherwise, you would not be in control. 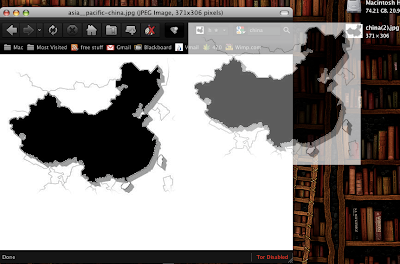 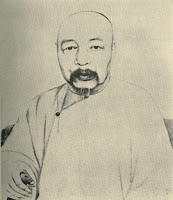