Today the United Angry Bird Nations instituted a no-fly zone above Pig territories, citing the need to protect Pig civilians from their evil leaders. However, the Pigs have not attacked any other group of animals despite their own state of revolution. The civilian death toll in Pig territories skyrockets as endless cluster bombs of Angry Birds rain down upon helpless Pigs.

Meanwhile, Angry Bird media outlets continue to broadcast their message of hate towards the Pig nation. The Angry Bird Network blames the Pigs for the increasing scarcity in eggs. However, Angry Birds still bombard Pig fortresses using explosive eggs. It is a testament to the hypocrisy of the no-fly zone that so many eggs should be wasted when Pigs have actually stolen so few. Expert analysts claim that as few as one hundred eggs are still held by the Pig army, yet every day thousands of eggs are turned into explosives and unleashed upon the innocent Pigs.

Pigs have begun to construct increasingly complex fortresses of ice, wood, and stone. Reports of concrete and steel fortresses are starting to trickle in, purported hideouts of the Pigs’ high-command.

The death toll for the Angry Birds has been just as terrible, if not worse. Conscripted out of the nest, Angry Bird soldiers are forced into kamikaze attacks where few survive. The few who come back from the war are unable to integrate themselves into Angry Bird society because of the traumatic stress they have been through.

Pig rebels at first welcomed the no-fly zone, but now that the terrible consequences are manifesting, they have begun to join with the other pigs in building fortifications. The Angry Birds have resorted to attacking all Pig fortifications whether they be friendly or unfriendly. 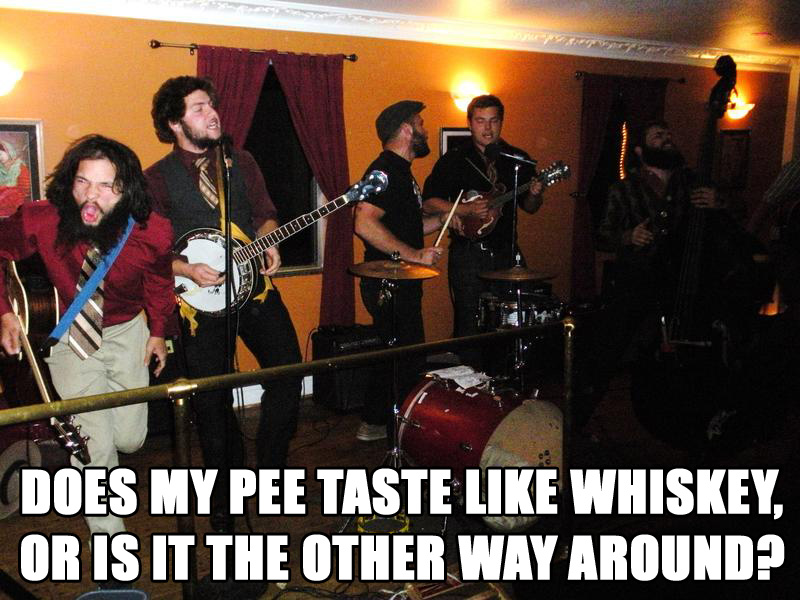 Kay S. Hymowitz may have you believe that there is a new generation of “Child Men” out there to make women’s job of trapping men into their idea of a happy and “adult” life very hard. Here’s what she has to say in a nutshell. And a link to her article, which I did actually read. Her ideas of women sound like snippets out of an idealized version of “Sex and the City.” And every guy out there is just like “Fry” from Futurama, just so you get the gist of things.

With women, you could argue that adulthood is in fact emergent. Single women in their twenties and early thirties are joining an international New Girl Order, hyperachieving in both school and an increasingly female-friendly workplace, while packing leisure hours with shopping, traveling, and dining with friends [see “The New Girl Order,” Autumn 2007]. Single Young Males, or SYMs, by contrast, often seem to hang out in a playground of drinking, hooking up, playing Halo 3, and, in many cases, underachieving. With them, adulthood looks as though it’s receding.

She then lays into every single comedic act from Dave Chappelle, Jon Stewart, the creators of South Park, Adam Sandler, Jim Carrey, Will Ferrell, Ben Stiller, Vince Vaughn, Owen Wilson, Luke Wilson, Jack Black, Steve Carell, and Matt Groening, the creator of the Simpsons and Futurama. She moans about Sci-Fi, and sports that “simulate war” like football, and all martial arts. She also attacks video games. With all the talk of child-men she never even mentions Andy Milonakis or Peewee Herman. Granted she does bring up more misogynistic entertainment icons like Tucker Max and George Ouzounian (Maddox) of “The Greatest Website in the Universe,” but come on. What kind of dipshit still reads that shit after they turn 17?
The fact is they are no part of “the media.” They’re just guys like me who can figure out how to post things on the internet. Everyone has that power, Kay, I think you know. If it wasn’t for the internet, maybe people with rotten-to-the-core ideas like Maddox would not corrupt our boys into permanent childhood (happiness). The difference though, is that Maddox is joking, and you are dead serious. Kay’s point is now obvious.

Not only is no one asking that today’s twenty- or thirtysomething become a responsible husband and father—that is, grow up—but a freewheeling marketplace gives him everything that he needs to settle down in pig’s heaven indefinitely.

This is what I have to say in response Ms. Hymowitz:

FUCK THAT! GROWING UP HAS NOTHING TO DO WITH BECOMING A HUSBAND OR A FATHER. YOU ARE THE ONE WITH THE WRONG MESSAGE.

Do not blame the free market for the fact that women want to find a husband and men just don’t give a fuck. I am not a pig for being who I am, but you are a TRUE BITCH for suggesting that marriage to a woman is the only way a man can ever grow up. That is totally false and offensive to both men AND women of any intelligence. All I have to say is I hope your type fades away. Stop watching TV so much if you’re so fucking smart. It gives you the wrong idea about the real world.