Richmond, Va. — Local dumbass Darby Sutton walked through the wrong apartment door as he tried to get home to his third floor apartment Saturday night, after an evening spent drinking heavily with strange friends his girlfriend does not approve of.

Upon entering his apartment building’s main front door, Mr. Sutton proceeded to ascend just two flights of stairs before walking in on his downstairs neighbors, who he said were “sittin’ on the floor right there in front of me as I walked in.”

Mr. Sutton reportedly said nothing as he backed out of the apartment in which he witnessed a half-naked girl and her boyfriend smoking marijuana in the room directly in front of him. The sight of the hedonism left him speechless and vulnerable.

He then closed the door and bolted up the third and final flight of stairs, entered his own apartment, and locked the door behind him. Slumping to the dark floor of his own foyer, Sutton ignored the screaming voices of his neighbors calling up to him. He burned hot with embarrassment.

“I didn’t want them to know who I was,” Sutton later explained. “So I just hurried up to my own place and shut the door behind me. I laughed about it so hard to my roommates. They think I am an asshole.”

When asked if Mr. Sutton apologized to the couple, he indicated that he did not want to say anything.

“It just didn’t seem like it would fit in with the conversation they were already having, before I barged in like the police,” Sutton said. “They looked up at me with looks of fear and surprise in their eyes. They were looking up at me like they was on TerrorMax, but still I don’t think they saw me long enough to really recognize me as their neighbor.”

19-year-old Kimothy Longhead, from apartment 2a, said she’d already seen Mr. Sutton around, and immediately recognized him when he entered her home.

“We went after him because we just wanted to meet him. He seems like a really nice guy and we wanted to ask if he could get our mail next week while we’re out of town.”

It was an honest mistake, Longhead explained, adding that this had happened with previous tenants.

Her boyfriend Snake said Sutton’s sudden disappearance was a missed opportunity for connection, and to expect a craigslist post about it.

“I guess he was embarrassed when he saw Kim sitting there in her underwear, but truth be told, Kim was right then yearning for an anonymous threesome with somebody she’d never met before. So when he walked in it was as though God had answered our decadent prayers. I just wanted to see if he was interested in coming back down for some experimentation with me and my loose woman. We would have really appreciated it, and it would have been the perfect proof to her daddy that he can’t control her no more, she’s gonna do what she wants, with me or any other man of my choosing.”

Longhead and her boyfriend indicated that Sutton had already walked in to their apartment on several occasions before now.

Longhead told The Elf Wax Times, “We were starting to think that he couldn’t possibly be making the same mistake all those times before now, and he just wanted to be voyeuristic, but now that I know he’s a moron, I understand completely.”

The couple said they are not considering moving any time soon but they will be locking their front door more often, especially at night between the hours of nine o’clock and seven a.m., when there is one drunk dumbass skulking around the building.

“We don’t want that idiot coming in on us no more,” she said. “Now that I know he’s stupid, I don’t want him nowhere near me, or my Snake, ever again.”

We now return to our regularly scheduled satire, already in progress… 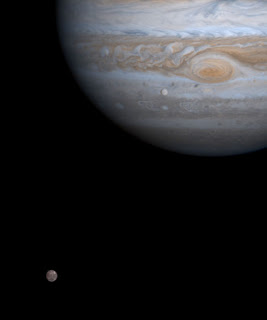 Reba, this is ground control. Do you copy? Over.

Ground control, Big Reba speakin’ I can hear you loud and clear. Over.

Reba, what’s your status? Over.

We got a real pretty view of the Red Storm from where we’re at but the magnetic field is overwhelming our equipment, we may have to back off and take another sweep at Europa tomorrow. Over.

Reba, that’s a no-go; supplies from below are tight enough as it is.These readings are priceless. We need you closer. Over.

Big Reba to ground control, that’s a negative, we’re already skirtin’ the radiation belt. If we get any closer we fry. Over.

We copy that.[muffled speech] Reba we’re going to need you to sit tight through those bad vibrations. We’re picking up severe sealant breakdown in the fuselage; it looks like your coolant is slipping. In the meantime go ahead and eat the black pill underneath your compartment controller. Over.

Hey this is Big John, you better copy this loud and clear: I ain’t eatin’ no cyanide. Over.

————-what did they say? Ground control to Big Reba, do you copy?

Ground control to Big John, do you copy?

Barack Obama secretly converted to Islam last night and has dissolved Congress in order to set up Sharia in America. This comes following a violent scuff between the President and Sheikh Mohammed which then appeared on every front page in America.

Effective immediately, women are required to cover themselves in public, and men are to no longer shave their beards. Al-Qaeda has issued a taped response by Osama Bin Laden claiming that attacks will stop until further notice.

“Allah has finally changed the wicked ways of America, which has been washed in the blood of our terror. All I have worked for is accomplished!” Bin Laden exclaimed in the conclusion of his poorly made tapes. Bin Laden plans to move to America and set up terrorist training camps so he can take on China and Russia and cover the world in a final Global Islamic Funbath.

Shortly after the televised taping of his announcement Thursday, President Obama revealed to reporters the naming of a new holiday, Muslim Christmas.

Citing Ghandi, Obama told reporters, “This is the change I saw in myself, in the world, which is why I’ve decided to declare today, December 31st, Muslim Christmas, which is to be celebrated by every American, everywhere.”

The President said celebration of Muslim Christmas involves the traditional exchange of presents, meals with the family, and awkward sexual tension between cousins, but then added there is something special about Muslim Christmas that sets it apart from Noel (pronounced “nole”):

“On Muslim Christmas morning, which is set at no later than 4 am, the children will be religiously awakened by the fact that one of their presents is not a present at all, but is in fact a bomb. Such precious lessons this holiday has in store for your children are greed, and being humble. If little Johnny gets something he likes on the first and second tries, best not to push his luck. And if he pusses out, then you can re-gift them for your next holiday season.”

President Obama, who is up for impeachment following his illegal institution of a National Holiday, added “Using bombs to push morality is the only philosophy I will ever live by from now until my glorious death.”

Analysts suspect President Obama has suggested re-gifting because the economy is expected to be totally consumed by corporate disease before this time next year. Elf Wax financial analysts for Lebal Drocer said in a report published by the Wall Street Journal, “U.S. Dollars will be no more useful as a form of currency than will be a box of soiled tissues.”

We here at The Elf Wax Times say fuck that. It’s time to stand up and fight the fucking power. We ain’t never gonna back down, motherfuckers. Not for as long as Satan our Lord, True Master reigns supreme across the fabric of space and time. Satan would not put up with this shit for a minute. But Satanists don’t know that, or else they’d be like Al Qaeda times a thousand.

So our point, and our official stance is that Muslim Christmas will be unquestioningly celebrated every day and night, pursuant to Lebal Drocer’s draft of provisions on the bill currently moving through what’s left of the House of Representatives.

The staff at Elf Wax Times takes the job of bringing you accurate new insight into present-day issues like terrorism and the ever nearing apocalypse, but today we’re taking a little time out of the normal grind to show you, our readers, about how we bring you so much truth with so little work.

The Elf Wax Times is updated daily from our secret headquarters in a location too dangerous to disclose. In our early days, we updated our site by abusing public libraries and were soon barred from using public computers by insidious government officials trying to destroy the freedom of press. The EWT trips key phrases in the NSA supercomputers at a more efficient rate each and every day, as our team of computer scientists devise new ways to trick users into finding us through Google. Windows 3.1 is the EWT’s operating system of choice because our office computers are scavenged entirely from dumpsters. A small portion of our editorial staff still prefer the even more useless MAC OS 1. The banal and function-oriented computer systems we employ eliminate any activity that may deter from our tireless efforts to reveal all conspiracies as truth.

When our reporters are given an assignment, we like to take a liberal stance on due dates and content. Our writers do not try to complete their postings within a given amount of time, because time is really just an illusion which is obviously a very bad foundation for truth to be built upon. In addition, certain topics which may appear unrelated are in actuality a paradoxical synesthesia of ideologies. In laymen’s terms, this means that Elf Wax Times does not use normal conventional methods of reporting. We tackle abstract issues abstractly rather than rationally, and rational issues by exposing irrationality. In essence, we fabricate a truth which gives a greater understanding than conventional truth. We are confident that our readers will remain assured that our writer’s compensated version of reality provides the average reader with a greater grasp of the truth than other more conventional news sources.