I don’t get why we gotta be using these damn computers anyway. Especially if some jerkoff kids are gonna be hackin’ into my webcam and watchin’ me all hours of the night.

Orderin’ illegal gun modifications that I HAVE A RIGHT TO from the 2nd amendment is great, but what good does it do ME when they just gonna hack all my paypal money anyway. God damn! 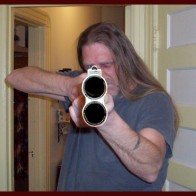 Every time I get that “host migration” in calla duty, I swear, it’s them damn hackers. Ever since they roont PSN for a whole month, hackas be damned! I know theyre fuckin with erything they can. Any of them yeller bastards want to come up down this holler I got my guns ready and loaded, safety ALWAYS off. Don’t none of them have the balls to come try to unplug my playstation ‘cept hidin in some damn bASEMENT.

Next thing you know they gonna hack into that damn muslim presidents cell phone, and by god if he don’t deserve it. Thing is, they gonna hack up a message to the god damned world that makes us look like fools, way worse than that pale little Julien Ass-anj and his Wikaleaks. Soon as they hack that, anyways, things gonna come tumblin down. 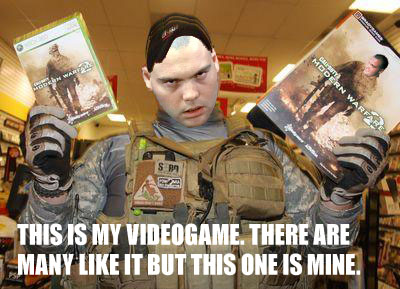 Houston, Tx. – As Elf Wax’s newest writer, I’d like to thank you all for your great support getting me on the staff, thank you members of the Internet for voting for me.

I will not let you down!

Things I am for:

Things I am against/hunting to kill:

Mostly I said people, but I wrote things. I do that sometimes, just like when I eat people but I mean to eat steak and cheese subway sandwiches.

I’m a professional dog-fighter by trade. I fights pit-bulls. Me and that famous football player roll together, whatever his name is.

Now, I intend to bring something new to the table, something Elf Wax hasn’t seen before – something fresh – something that should make viewing the E.W. Times from work even harder than it already is. What is that?

Don’t worry, there’s more of this coming. Actually right now in a minute.

You think this shit is funny? What the hell is wrong with you? I mean really, why do you come here? Are you trying to tell me something? Look, just stop right there – hold your horses. I want feedback. Email me write now – [email protected] – we have giveaways, hourly, weekly, we are doing great things for you faithful readers out there because you’ve all been so good to us. We appreciate your phone calls, emails, e-cards, chain letters, spam – all of it.

Tell me what you’re doing here. Why are you here? Don’t have [email protected]? Just post a comment. I read them all. Over and over. It’s all I’ve got, really.

I want to live for it – I…want to live for you, the Elf Wax Timers out there. You’re truly the best audience we could ever ask for and you don’t even kill in our name. I’ve been a long-time contributor to Elf Wax for many many years but this is the first time they’ve ever come and asked me to write anything for you, so there you go. I’m going to be here for a while, now. But don’t get used to me! The Italians may come and take me away at just about any moment. I’m a dangerous criminal wanted abroad for unspeakable crimes against humanity. Thank God for The Elf Wax Times standing up for the First Amendment by allowing to me write behind total anonymity!

I’d like to leave you with a little song. Look this up on bit torrents:

Elf Wax does not claim any responsibility for respect lost as a result of your personal adoption of its beliefs, values or lifestyles, or of Lebal Drocer Incorporated (LLC) itself. Additionally, Lebal Drocer denies all responsibility for its child companies and/or anything else that any court of law can prove it does or facilitates. Additionally, we can not be held responsible for the views expressed by our writers because we have nothing to do with the publishing of this site. Keywords such as responsibility, integrity, subpoena, and accountability will not be found associated with The Elf Wax Times on Google. So please, refrain from laying any of that shit on us.

That being said, Doctor Langstrom T. Mann has issued a health warning for all cookie-dough products on store shelves during the week of August 28th, citing labwork that indicates the tainted cookie-dough carries a rare “laughing bug.” The laughing bug, experts say, is a condition in which the person affected laughs uncontrollably at stuff that isn’t even really all that funny – like new episodes of The Simpsons.

Leading health experts are suggesting the only way America is going to make it through this season of The Simpsons is to buy up as many packets of tainted cookie dough possible.

Additionally, the following people are to blame for hurricane Katrina: